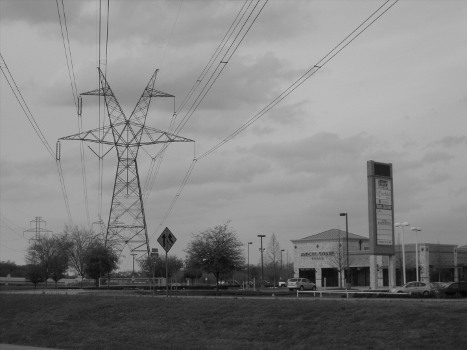 On October 29, Hurricane Sandy struck New Jersey and other Mid-Atlantic and Northeastern States. Two weeks later, many in New York, New Jersey, West Virginia, and some in Pennsylvania still do not have electric power. The time has come to make those who generate power, and those who distribute it, compete for your business.

Nothing reveals weakness in any system like a good crisis. Crisis described a trial in a court of law in ancient Greece. In that spirit, Hurricane Sandy tried the monopoly electric-power distributors in several States. And now we have a verdict.

A local monopoly has the exclusive franchise to distribute electric power to any one customer. The company with whom the customer must deal, depends on where the customer lives. State, county, and city governments decide that. In the early days of electric power, the same company generated and distributed the power. Today those who distribute power, buy it from others who generate it. Customers may choose whomever they want to generate power for their homes or businesses. The generating companies compete on price, environmental friendship, or whatever else a customer values. But all must feed that power into one network, for one company to distribute to any one region.

Private companies most commonly distribute electric power in a public-private partnership. (Sometimes a city government division will distribute power directly. Or the government will set up a semi-independent authority.)

Some companies do their job well; others poorly. The last two weeks after Hurricane Sandy have shown this. In New Jersey, Jersey Central Power and Light has an exclusive franchise for nearly half the State. Public Service Electric and Gas has the franchise for most of the other half. The JCP&L and PSE&G outage maps show that PSE&G restored power to most customers quickly after Hurricane Sandy. JCP&L did not. JCP&L did the worst job among all of First Energy Corporation’s subsidiary companies.

Mayors and town councils had little recourse, other than to complain to top executives at JCP&L. And complain they did. Your editor got message after message from the Millburn Township Office of Emergency Management (OEM), describing their complaints and telling other customers how to complain. (Problem: a customer who signed up for fiber-optic service often had no phone service. OEM’s and neighborhood “block captains” need a workaround when this happens again.)

One may ask: why couldn’t a JCP&L customer sign on with PSE&G instead? Because the law doesn’t allow it. That’s the problem with the exclusive franchise. Why do JCP&L and PSE&G have exclusive franchises, and why may they not “unhook” each other’s customers? Because lawmakers, governors, county execs, and mayors all assume that the power lines are a “natural monopoly.” That is, you can’t have different power companies running parallel lines in the same region.

The Long Island Power Authority (LIPA) did worst of all. True, they had a worse problem. Storm surges flooded many homes with saltwater. Restore power to a home with wires awash in saltwater, and you have a short circuit and could start a fire. But LIPA made ridiculous rules for making customers get electricians to inspect their homes and businesses, and somehow publish that fact. The most absurd thing they did: ask customers to download an application form for inspection. How can they do that when they have no power to run their computers? (Unless they have a generator. And the storm surge would demolish or otherwise destroy most standby generators.)

The infrastructure is extremely vulnerable. It is holding together with Band-Aid-style patches. One more good storm will bring it down again.

What to do about it 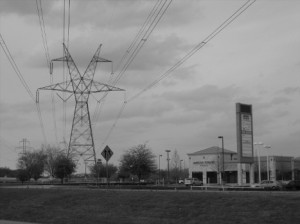 Today Governor Chris Christie of New Jersey can do one of five things to move forward after Hurricane Sandy:

Governor Christie hasn’t said anything about what he would do. (His office is closed at the time of writing, for Veterans’ Day.)

These five steps all assume what policymakers have always assumed: that you can’t distribute electric power over parallel networks in the same place. (The American Enterprise Institute has an excellent review of the problem.) Courts, to their shame, have held that running duplicate cables to neighborhoods and business districts wastes time, money, and effort. That does not make it so. In fact, those who study government regulation for a living are already looking into letting companies compete to distribute electric power, even in the same region at the same time. (And in some cities, like Lubbock, TX, that’s happening now!)

This would help in many ways. Suppose one company tried to keep distributing electric power on hanging cables. Now suppose someone put in a buried cable network. If customers didn’t switch to that buried cable right away, they would probably do it after the next Hurricane Sandy tore out all the hanging cables. (In Millburn, Hurricane Sandy blew down six utility poles and wrecked two substations. That alone cut power to eight thousand homes and businesses.)

Moving forward, no company would dare let its “infrastructure” come to the “Band-Aid” pass. And State governors would not have to threaten anyone with arrest, loss of franchise, etc. Hurricane Sandy-type storms would still happen. But any company, knowing that another company could displace it fast, would make sure to fix the problems faster.

The AEI said that the mere idea that another company could lay in another network to distribute power would be enough to make the existing company keep its own network in repair. But if we had duplicate networks, any customer could switch from one to another in an emergency. Engineers have a word for that: redundancy. They know that “duplicating effort” is far from wasteful. Where traditional thinkers see waste, they see insurance.

And insurance is already moving customers to do something they never dreamed of. They are buying standby electric-power generators in record numbers. They were doing it even before Hurricane Sandy. Soon, no one will even look at a house, or apartment building, or office park that doesn’t have a standby generator. What a sad commentary on the electric-power utilities today.

So if Governor Christie, or any other State governor, wants to do a really bold thing after Hurricane Sandy, he has a chance. Forget about “natural monopolies.” Let power companies compete to send and distribute power, as well as to produce it. Communities will be richer, and better able to withstand the next Hurricane Sandy, if they do.

“Let power companies compete to send and distribute power, as well as to produce it.”

That only works at the lower levels of the distribution network, of course; having competing national grids leds to massive inefficiencies and much higher power costs. At the substation-home segment, however, it’s great. In fact we socialist European Marxist crypto-Trots have been doing it for decades…

The substation-and-home segment is as good a place as any to start. It is the segment that most homes and businesses will notice first.

Just wait till the New Jersey utility goes to the N.J. government for a storm damage repair surcharge. It will get aproved. You will be paying for the reapairs their maintenance should have taken care of. This surcharge will never go away.

You’re probably correct. Especially about PSE&G. But JCP&L might—possibly—face disenfranchisement over their manifest failures, especially in the face of PSE&G’s relative successes.