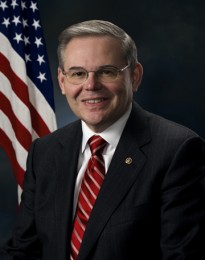 The ethics case against Senator Robert Menendez (D-NJ) didn’t go away last month, and is bubbling up again. A grand jury in Miami is investigating whether he broke the law in doing favors for a eye doctor who gave him lots of campaign money and other lavish gifts.

The first news organ to break the latest Robert Menendez news was, oddly enough, The Washington Post. They quoted “three people aware of the probe.” They did not say who those people were. But this morning, The Daily Caller found their own witnesses: an FBI supervisor in Miami-Dade County, and a retired FBI agent. They said the Miami FBI office has sent reports to the Miami US Attorney’s office. Those reports have to do with that grand jury now investigating Robert Menendez.

The Daily Caller also said the Senate Ethics Committee is still looking into whether Menendez broke Senate rules by not reporting two trips he took by private jet to the Dominican Republic. The problem: Salomon Melgen, MD, a Miami-area eye surgeon, owns that jet. Dr. Melgen also has given up to $700,000 to Robert Menendez, and to other Senate Democrats when Menendez asked him to. Menendez was once head of the Democratic Senate Campaign Committee. 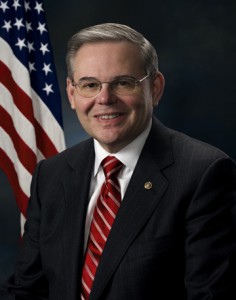 New Jersey Tea Party Caucus Chair RoseAnn Salanitri, who once ran a campaign to recall Robert Menendez from the Senate, declined comment. On February 2, after the story of Robert Menendez and the prostitutes first broke, she released this statement:

The only surprise about the allegations against Senator Menendez is that they have taken so long to materialize.

Andrew L. Schlafly, who argued the case of Robert Menendez Recall Committee v. Wells and Giles before the New Jersey Supreme Court, could not be reached for comment.

The Robert Menendez Web page at senate.gov does not mention Salomon Melgen or the latest investigation in any way. The Post quotes Menendez as saying he welcomes any investigation and expects it to clear him of doing anything wrong.

Robert Menendez is no stranger to controversy, or to questions about his ethics or his honor. He became Mayor of Union City, Hudson County, New Jersey, in 1986, after turning federal evidence against his predecessor, William Musto, in 1981. To this day he is still a legend – in the negative sense – in Hudson County.

Related Topics:electionmoralitypoliticiansTea Party
Up Next