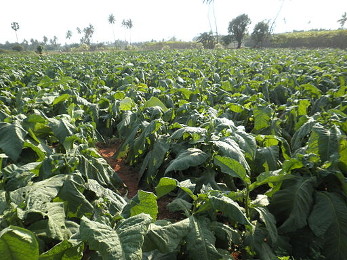 This lesson is based on the end of Chapter 6 and Chapter 7 of The Light and the Glory, 2nd edition. Lesson 6A ended with the arrival of Christopher Newport in 1608 with another 100 settlers adding to the 38 survivors. The provisions Newport brought were destroyed by a fire and once again the English settlers at Jamestown had to rely on the mercy of the Indians.

When April rolled around, instead of planting, the English continued to dig for gold – which again turned out to be fool’s gold, which Newport brought back to England. Smith took charge but the men still wouldn’t plant as they should. The Indian’s generosity seemed only to enable their dependency. The pattern of dependency continued when Captain Nelson arrived with more settlers and provisions. Once again, they ate without planting. Instead of provisions supplied by others being a safety net, it became a way of life for the English “gentlemen.”

CONSIDER: The National Park Service, posts signs asking: “Please Do Not Feed the Animals”. Their reason: “The animals will grow dependent on handouts and will not learn to take care of themselves.” Compare this to Jamestown and socialism in general.

QUESTION: READ James 2:1-4. The Englishmen of Jamestown are often referred to as “gentlemen.” How do you think their title of “gentlemen” impacted their attitudes?

Nelson returned to England with many stories of how the Indians were being treated. This prompted the Partners to persuade the ministers in England to share their vision about spreading the Gospel to the Indians, which inspired future expeditions.

QUESTION: Do you think serving God became a good excuse for serving the investors? Regardless, do you think God honored the vision of the ministers?

In the fall of 1608, Newport returned to Jamestown with 70 new settlers, including two women, and no food. John Smith, had been elected President, and had managed to put the “gentlemen” to work, but the colony was still on the verge of collapse.

QUESTION: How do you think their social divisions affected unity?

The English propensity for titles and creating class distinctions became evident as they ordered Newport to crown Powhatan king under the lordship of the King James 1st. And so, America crowned her first and only king – subject of course to Great Britain.

QUESTION: Our Founders fought against having a king and opted for a president instead. How is a king different from a president, and do you think those lines have been blurred today?

The Indians were now demanding guns in return for supplies, which inspired Smith to devise a plan to kidnap Powhatan to force trade. Things worsened and Powhatan planned to kill Smith. God’s angels can take many forms; in this case it was the form of an Indian princess, Pocahontas, who warned the Englishman.

Smith then began to brutally raid Indian villages, take their food, burn their dwellings killing many in the process. He managed to steal enough food to send Newport back to England and to get the colonists to work, but all was not well. They soon learned that all the food they had stored had been either eaten by rats or destroyed by the weather. Nothing was left. Read Matt. 6:19.

QUESTION: Throughout all their time in Jamestown the settlers had to rely on the mercy of the Indians, now they burned that bridge behind them along with the Indian dwellings. Do you think that was short-sighted of Smith and what do you think he should have or could have done instead?

Some foraged, some tried to survive on shellfish, others stole and tried to trade their stolen goods with the Indians, some deserted to the Indians. Regardless of their means, half perished, including Rev. Hunt.

In July, Captain Argall arrived with food that he intended to trade with the Indians. However, he shared with Smith and once again the colonists were saved. Argall also arrived with a temporary Governor, Sir Thomas Gates, who was to be replaced with Baron De La Warr, once he was able to travel to Virginia. Argall’s journey with nine ships to Jamestown was plagued by tragedies, which left the ship stranded for nine months on the uninhabited paradise we call Bermuda. The other eight ships fought the storms and wandered up and down the coast until finally arriving at Jamestown a month after Argall, with another 400 sick, helpless, and starving mouths to feed. The new arrivals ravished the fields, ensuring more would die of disease and despair. This created more problems with the Indians and with Smith.

QUESTION: Consider how we plan for trips today and compare to how ill-prepared the travelers were. Was this stupidity, naiveté, or was it part of believing that others were responsible for taking care of you? It is easy to concentrate on the shortcomings of the Jamestown settlers regarding entitlements, but do you think it might have been born out of the system in England where Lords (government) were established to ultimately take care of those living in their districts? Whatever you think, the ill-prepared missions hint at more of a problem than the English class system.

Mishaps upon mishaps occurred, one forcing the new Governor back to England with more bad news. The Partners tried to justify their mission by printing a declaration entitled “A True and Sincere Declaration” re-iterating how godly their mission was. Smith wrote the true counterpoint, which reduced fundraising for the mission.

QUESTION: Do you think the Partners were more concerned with appearances than the situation in the colonies, or perhaps their profit margins?

The Virginia Colony was about to enter what would be called their “starving time,” brought about by the impact all the ravaging had upon the land. George Percy had replaced Smith, who returned to England and reported that the colonists were so desperate and starved that they even began resorting to cannibalism of the dead.

Gates and Somers, arrived in May of 1610 with Hunt’s replacement, Chaplain Richard Buck. They were greeted by 60 starving survivors out of the original 438. Buck immediately summoned everyone to prayer. The situation was dire – no food, more people, and Indians who refused to trade with them.

CONSIDER: The Bible tells us that you reap what you sow. Unfortunately, the colonists didn’t sow the seeds of food, only the seeds of discord and trouble, which is what they were now reaping. For many years in America we have sown the seeds of apathy and we are now reaping the fruits of those seeds.

Out of desperation, Gates and Somers made the decision to leave Jamestown in hopes of making it to Newfoundland where they could reprovision. Their decision was gleefully received by the Colonists. If they had abandoned the Colony, it is doubtful that anyone in the future would be willing to invest in the Virginia Company. This would have rendered a fatal blow to England’s hopes of establishing colonies in the New World and possibly would have left the colonization open to the Spaniards.Abandoning Jamestown may have also meant future English expeditions (including the Pilgrims and the Puritans) would have gone to South America instead.

A day after they sailed, Lord De La Warr, who was originally appointed to be Governor of Virginia, was rushing to Virginia to fulfill his appointment and encountered them. De La Warr immediately ordered everyone back to Jamestown. The English perceived the intervention as nothing less than Divine intervention.

QUESTION: As odd as it may seem, the establishment of Jamestown was critical to the nation we would one day call the United States. Do you think God may have spared them based on this?

Things changed with De La Warr, who provided structure for Jamestown that included a daily work and prayer schedule, which preceded their right to eat. He also instituted a form of martial law, including capital punishment for blasphemy (speaking against the known articles of the Christian faith), private trade with the Indians, or any kind of theft. While De La Warr’s policies were good for the Colonists, they were severe for the Indians and included burning their houses, taking their Queen and her children captive, and then murdering them.

QUESTION: Considering their situation, do you think De La Warr’s policies were necessary? Try to defend your answer Scripturally – it may be harder than you think.

A fortune in smoke – and slaves 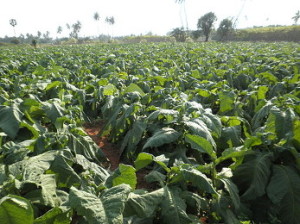 De La Warr was succeeded by the militant Sir Thomas Dale, under whom the settlement began to thrive. John Rolfe was the next to arrive with tobacco seeds from South America, which were superior to the tobacco being grown in Virginia. This became Virginia’s first cash crop, which made the Colony financially prosperous.

CONSIDER: Tobacco as the new gold and all the repercussions from that crop – including the foundation for slavery.

By this time, most of the Indian tribes, except for Powhatan’s, had been decimated. In an effort to negotiate with Powhatan for English captives, Dale captured Pocahontas, now an 18-year-old beauty. During the delay in negotiations, Rolfe fell in love with Pocahontas. As the English Ambassador to Powhatan, Rolfe intended to ask for the hand of Pocahontas in marriage. At last, an Englishman with honorable and non-racist intentions inspired by love! This not only made God smile, it blessed the entire Colony and the Indians. Richard Buck performed the ceremony on April 5, 1614 and Powhatan’s brother, acting on behalf of Powhatan who feared this might be a trap, gave the bride away. It marked the beginning of a new relationship with the Indians.

Pocahontas now given the English name of Rebecca went to England with her new husband and quickly became a celebrity. Unfortunately, she died of pneumonia in England and her grief-stricken husband had to return to Virginia without her, which was now a flourishing Colony that wished to establish the College of William and Mary. However, England’s Attorney General, Edward Seymour, couldn’t care less about the education or souls of the Colonists. His response: “Souls? Damn your souls! Make tobacco!”

1619 was a watershed year. It birthed the first glimpses of what would become our Constitutional Republic to the shores of North America as well as the first slave ships from Holland. With the birth of liberty came the birth of slavery on our shores.

QUESTION: Why had so much gone wrong, when the stated motives were so right?

These people draw near to Me with their mouth, and honor me with their lips, but their heart is far from Me.

So they come to you as people do, they sit before you as My people, and they hear your words, but they do not do them; for with their mouth they show much love, but with their hearts pursue their own gain.

FINAL QUESTION: Do you see similarities in America today that had their roots in Jamestown, i.e. socialism, entitlements, greed, speaking “Christianly” but doing evil?

Church militant – where is it?

English and Indian, Round 2