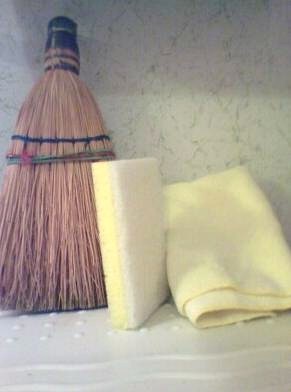 Yesterday, an unknown Republican held a House seat (Florida’s 13th) by a narrow margin: two percent of the vote in a light turnout. (See also here in The Washington Post.) David Jolly managed to defeat Alex Sink, though far more people in Pinellas County knew her than him. As anyone could have said ahead of time, the Democrats deny this race portends anything about whether they will retake the House this fall, or lose the Senate instead, or keep things as they are.

But Republicans have their own spin. They insist Alex Sink sank herself by supporting Obamacare. Townhall’s  Guy Benson laid it out:

Many experts saw this race as Alex Sink’s to lose. She ran on a “fix, don’t repeal, Obamacare” platform. She lost.

Yes, she lost. But Obamacare couldn’t have done her in. Why not? Because she wasn’t in Congress to vote for it, that’s why not. And because she put just enough distance between her and the de facto President not to have the tar from him splash on her.

Guy Benson was half right. The election was Alex Sink’s to lose. So how did Alex Sink sink herself?

Sink and the Hotel Gaffe 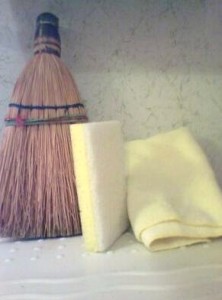 A broom, a sponge, and a towel, the tools of the hotel maid’s trade. Photo: Chuck Marean/Wikimedia COmmons,

On February 25, Alex Sink said what really sank her campaign:

We have a lot of employers that rely upon workers … to clean our hotel rooms or do our landscaping.

¿¡¿Perdón?!? Or in English, Say what?!? We need unskilled immigrants to shake colon gas out of our bed sheets and mow our lawns?

Imagine if David Jolly had said that. It would certainly have sunk him, and in a landslide.

Now maybe thirty years ago Alex Sink could have said that and gotten away with it. Alternative media wasn’t around in those days. But today that remark did not escape notice.

And in an election that came to a two percent margin, this remark proved critical. How?

Because it shows the real reason why Democrats are one election away from oblivion.

It shows the utter, absolute contempt in which they hold the very people they claim to champion. Alex Sink must really believe that a certain class of people are good for nothing more than voting for Democrats when they are not shaking colon gas out of bed sheets or mowing other people’s lawns.

Contempt in other contexts

So here we have on public display—by the choice of the Senate Democrats themselves—an open war on the priorities, worries, and anxieties of the American people. The real suffering they experience from joblessness and from the impoverishment of government-mangled healthcare (that is, Obamacare) means nothing to them. These Senators truly believe it is their place to lecture the American people on what we should think and care about.

Actually, Mr. Horne, this is bigger than Obamacare or joblessness or any other policy failure. This is how Democrats at all levels, in and out of the Senate, in and out of Washington, really think about people. They pretend to want to help them. But they give them just enough to depend on the government, and expect them to vote Democratic all their lives.

Maybe a lot more of them would have voted for Jolly instead of Sink if Jolly had been smart enough to play this up.

Maybe this, and not Obamacare, is the real issue to hang on the Democrats, this fall and going forward.

Obama’s lies, his worth, and the world

We the People’s Non-party Party

None of the candidates in that election dared to give their policy position regarding the future of IRC 107, despite Judge Crabb’s recent ruling that IRC 107(2) is UNconstitutional and the appeal filed by Obama’s Justice Department.

Congress and the President have similarly kept their mouths shut and hands off IRC 107 in response to orders from the religious lobby.

Shame on the lot of them!

Their cowardice will be all the more manifest when some may be compelled to address the issue as the Fall elections approach and the case proceeds in the 7th Circuit; perhaps with a ruling from the 7th Circuit paving the way to move the case on the U.S. Supreme Court.