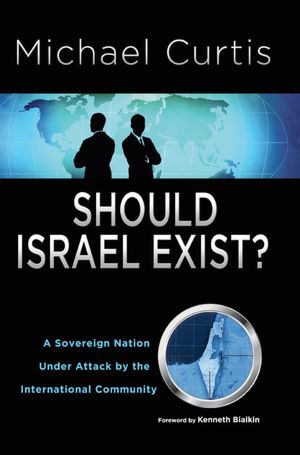 Travel is fatal to prejudice, bigotry, and narrow-mindedness…

But not for Rick Steves.

One radio station that I seldom listen to, in order to keep my blood pressure at its normal low, is NPR, National Public Radio, which I once renamed, “Notorious for Palestinian Revisionism.” However, while surfing the stations the other day, I paused at NPR long enough to hear, “settlements,” a term exclusive to Israel’s housing developments. Someone was spewing the usual Islamic propaganda about Israelis constructing housing for Israelis in Israel. It was one of the station’s fundraising programs, and the guest spewer was Rick Steves, a Washington state-based, self-proclaimed travel guru.

He then proceeded to assure the listeners that the “settlements” are illegal, which is absolutely not the case. He probably knows, but emphatically denies with purpose, that Israel’s boundaries are explicitly defined for the Jews in the ancient Hebrew Bible, the Torah, and established by the League of Nations in 1920 and the United nations in 1948.

Meanwhile, Jordanian Muslim scholar, Sheikh Ahmad Adwan, has joined others who declare, “Allah gave Israel to the Jews. There’s no Palestine,” admonishing those who distort the Koran. Blogger Elder of Ziyon quoted the Koran, saying Allah assigned Israel to the Jews until the Day of Judgment (Sura 5:21), and that the Jews are the inheritors of Israel (Sura 26:59). Adwan continued,

I say to those who distort . the Koran: from where did you bring the name Palestine, you liars, you accursed, when Allah has already named it ‘The Holy Land’ and bequeathed it to the Children of Israel until the Day of Judgment. There is no such thing as Palestine in the Koran.

These settlements – more aptly, neighborhoods – in the territories are entirely legal, although politically contentious. Most of these communities were built on undeveloped land during 1967-77 (after Israel won the defensive wars) in order to provide security for the Jews from their aggressive Muslim neighbors. After 1977, communities were built on unallocated government land, and by 2005, there were about 150 communities -about 200,000 Israelis – living on less than two percent of Judea and Samaria (aka West Bank). The Jews’ right to settle is a “legal right assured by treaty and specifically protected by Article 80 of the UN Charter, and precisely equal to the right of the existing Palestinians living there.”

Nevertheless, the Palestinians thrive on public relations and propaganda, not unlike the Nazi propaganda that led up to World War II, to make their claim for the land they covet, just as Muslims have done to conquer the rest of the Middle East over 1400 years. And revisionists and anti-Semites are more than eager to broadcast those assertions against the 3500-year-historical, legal, and security-related claims of the indigenous Jews.

Rick Steves consistently gets it wrong

Without his ingrained mindset, Rick Steves might have acknowledged history – that the Gazan Muslims and their descendants (not citizens of Israel) who chose to leave Israel when their fellow-Arabs attacked, were indeed from Lebanon, Yemen, Syria, Egypt, and Jordan. The Muslims who chose to stay in Israel are now, with their descendants, two million-plus citizens of Israel. He might then have concluded that despite originating from those warring countries, they were not permitted to return to them for, as squatters, they are regarded as valuable pawns in the never-ending Muslim jihad war against the Jews – the quintessential way of harnessing world opinion against them.

Further to Rick Steves’ lies, his website illustrates that he has joined the Muslim jihad at war with the West. He indulges in Islamic taqiyyah (lies for Allah) by choosing the most anti-Israel groups to reinforce his accusations, by referring to a distorted PBS documentary about the “Holy Land” (whose very name aims to discredit Israel’s sovereignty), and the George Soros-supported, pro-Hamas, virulently anti-Israel lobby in Washington, DC, J-Street, that solicits funds for the congressional candidates who are openly hostile to Israel.

In his brief time on NPR, he used guile to deceive his audience by speaking of the Israeli children who played with toy guns, as he, himself, “once had as a young boy, ” in order to shoot at the Palestinians, adding that it would be so much better if “the wall” were dismantled so that the children could get to know each other. He failed to mention that the Palestinian children do not play with toy guns. Rather, they indulge in the deadly drive-by, rock-throwing attacks at Jews.

For the sake of misinformation, he did not acknowledge that Jewish, Christian and Muslim children do attend school and play together in Israel, but that Mahmoud Abbas vowed that no Jews would ever live in a future Palestinian state. Palestinian children are taught by their teachers, TV programs, imams and the Qur’an that Jews are “dogs and pigs” to be hated and killed, and their leader refuses to recognize that the Jewish children are there, so playing together in a Palestinian state is entirely out of the question.

As a world traveler, Rick Steves undeniably knows that there are walls throughout the world that keep one people safe from another, and this wall and fence combination is actually a protective shield that Israel had to erect to keep her citizens safe from those whose raison d’etre is to kill the Jews who will not accept Allah as their god. In fact, since the erection of the barrier, the number of attacks is said to have declined by more than 90 percent. So, surely, Steves understands that removing the wall would provide easy access for the Palestinians to attack and kill Israelis, but perhaps that is his objective.

If Rick Steves could face reality, he would grasp that Muslims are in the United States for the same reason that Israel built the shield. They showed their hand when they bombed the World Trade Center on September 11, with the Fort Hood massacre, and with the Boston bombing, to name the most infamous. Another sign of “arrival for a purpose” is the increased number of mosques nationwide, requiring footbaths in public places, allocating Islamic books to libraries throughout the US, and funding and distributing Islamized textbooks to our K-12 schools and universities.

If he were functioning properly, Rick Steves would realize that Muslim emigration to foreign countries results in gradual changes, from non-assimilation to riots, terrorism, violence and death, to Islamic rule, as they institute Shari’a law. He would then come to understand that the bloodshed throughout the Middle East, Africa and Asia are a natural outcome of more than 14 centuries of such invasions and arrive at the realization that unless he too fully acquiesces, he will surely bleed as did all the others when they were decapitated, a favorite Islamic technique.

Editor’s Note: see also this review of a needed primer on Israel.

But not for Rick Steves | feedreadnews.com

I have watched Steeves’ travel show on Europe, I am not sure what decade this guy is living in. He never shows Moslems in his videos, only happy, contented and smiling Europeans. He portrays current-day Europe as it was 40 years ago. Never any comments about travel warnings in certain areas or of the influx of millions of invaders. It’s a wonder that he can keep his head out of the sand long to make these videos.