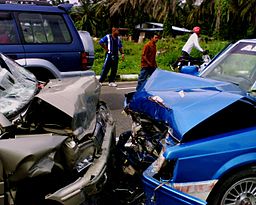 Okay everyone, let’s just move on. Nothing to see here.  Or is there?  TPATH presented a scenario just a few days after the Boeing 777. known as Flight 370, disappeared.  At that time too much in the way of inconsistency and common sense led me to believe this plane had not, as they told us, simply crashed.  See that article HERE.

Late last night the Malaysian government “put a cap” on this mystery.  The plane, they informed us, has crashed in the most remote and the very deepest region of the southern Indian Ocean.  How convenient?

So let’s recap shall we?

In our commentary, linked to above, it was speculated that the cockpit may have been breached by terrorists posing as passengers.  While that still remains a possibility, is seems more likely now that the pilot may have been involved.

But having said that, there are many facts that fly in the face of common sense.

What is terrorism?  What is its purpose?

Well, one might suggest terrorism’s main goal is to terrorize. Terrorizing the victims is not the goal.  After all if one were not alive, one would tend to no longer fear dying.  No, the object is to disrupt, intimidate and frighten the living.  Keeping this in mind, what value would an operation like this have in the benefit of terrorism?

They avoided making radio contact and announcing to the world that, Allah willing, Flight 370 would be slammed into the sea.  But instead they flew stealthily for hours into the furthest ocean region on the planet, where it was not likely to be found and no motive assessed to it.  This my good friends, does not even begin to pass the smell test.

Or shall we believe that the pilot was the only one involved?  That he was just a crazy guy ticked off at his government and not part of an Islamic terror pact?  This, for certain, appears to be the preferred outcome of those providing information.

This too does not even begin to make any sense.  Once he was in the air and in control of the cockpit, he was essentially free to do anything with that plane he desired.  He could have turned it around slowly and without arousing the attention of the passengers, he could have really made his evil government pay by slamming into a government building.  But instead, he flies this plane, for 7 hours to crash it where it won’t be found.  This becomes even more absurd, as everyone knows, post 911, 290 passengers are not going to sit calmly while a plane is intentionally deep sixed or used to kill  more people on the ground.

Is it possible that the governments of the world know this plane is under a tarp and not under 5,000 feet of salt water?  Is it possible they are making this ridiculous announcement in an effort to throw off the terrorists and hope they believe the search for the plane is over?  We can only pray that that is what’s going on.

So even if they get to the location in the Indian Ocean and declare, without a doubt, the debris is from Flight 370, knowing what we know, who in their right minds would believe them?  I know one group that won’t.  The instant it is announced that the debris has been verified, the terrorists will know they are still being looked for.   For they would know, the debris from that plane will be found some time soon, but not in the Indian Ocean.

Obama’s lies, his worth, and the world