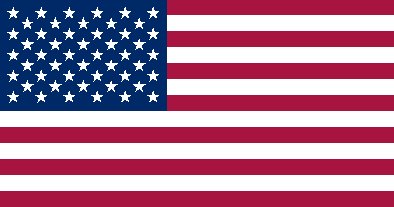 Call it A Tale of Two Leaders. Though one leads and the other doesn’t. America has a de facto President who refuses to lead. In fact he humiliated his country in the worst way short of a military defeat. In contrast, the United Kingdom of Great Britain and Northern Ireland has a real leader. This leader recognizes evil as it is, and does not fear to declare war against it.

America has no strategy…

Yesterday Barack Obama gave the worst press conference of his career. Never mind that tan suit. Someone asked about air strikes over Syria to fight the forces of the new “Islamic State.” And Obama said,

America has no strategy? In fact Obama said out loud what the Council on Foreign Relations already knows. The problem: a leader does not say that. He gives a broad outline of what he will do, then promises details later. (And then makes sure to settle those details before he next meets the press.) He does not show weakness now, then “clarify” later. Press Secretary Josh Earnest tried to clarify today. He came off lamer than any Press Secretary ever came off before.

Obama showed himself more feckless than ever. First he makes a remark he never should have made. Then he sends his press secretary to spin that remark.

No wonder John Myers, writing in Personal Liberty Digest two days ago, thought Obama might be a collaborator, or at least a willing dupe, of the Islamic State. Myers compared Obama to Edward VIII of England. Edward was such a willing dupe. But Edward was far craftier and more subtle. Obama is simply incompetent and clumsy. 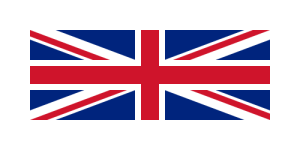 Civil jack of the United Kingdom of Great Britain and Northern Ireland.

Now compare Obama to Prime Minister David Cameron of Great Britain. This morning he gave the kind of press conference Sir Winston Churchill might give, or Rudy Giuliani. His intelligence officers today raised their threat level for Islamic terrorism from “substantial” to “severe,” as high as it ever was. Cameron spoke boldly, the way Churchill did during the Second World War.

What we are facing in Iraq now with ISIL is a greater threat to our security than we have seen before.

Nor was that all:

We could be facing a terrorist state on the shores of the Mediterranean and bordering a NATO member.

By which he meant Turkey. Perhaps Cameron did not want to write off Turkey completely. That might come later.

More to the point, Cameron promised decisive action. Britain has the same social disease America has: young men going off to join the enemy of civilization. But unlike Obama, Cameron will act. He will revoke passports. He asks his people to help point terrorists out. Obama will not admit any such thing as a terrorist lives in America. (Unless said terrorist is his political opponent.)

So ends the tale of two leaders. One real, the other phony.

Iraq: have we returned?