The debate on Christianity in class has reached the ultimate irony. Those who object to it, forget one thing: you cannot keep Christianity out of class and still stay historically accurate. Don’t the opponents know that? Or do they?

Yesterday, Ricki Pepin published this essay at Political Outcast. He described something that should be out of a movie, except it happened:

I was recently invited to teach a 12-week Constitution course using a room at a local public high school in Springboro, Ohio.  The class was open to the public – parents, grandparents, students.  A few community agitators seized this opportunity to flex their politically correct muscles by calling in the ACLU and threatening a lawsuit if we did not cancel the class.

The ACLU informed us that if we proceeded with this class we would be violating the students’ First Amendment rights.

Say what? Teaching about the Constitution would breach students’ rights under that Constitution? 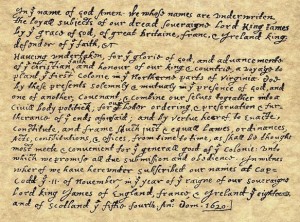 And why would a class in the Constitution breach students’ rights? Because it would hold too much religious content.

When you understand how and why, you see the problem is too big to settle with one lawsuit. The Framers’ own writings, and those they cited, would be too religious.

The historical examples show the problem. They include:

Education is useless without the Bible

So: remove Christianity from class, and you remove the three founding documents of the United States of America.

Is that the idea?

Maybe that’s the idea. Maybe the real goal of those who want to take Christianity out of class is to take history out of class.

History is who you are, and where you came from.

Actor Sidney Poitier, as Mark Thackeray, in To Sir With Love II (Columbia-TriStar, 1996).

Maybe the anti-Christianity crew wants us to forget who we are, and where we come from. Only by doing that can they “fundamentally transform the United States of America.”

This goes beyond the empirical evidence. That in itself should be proof enough. But in fact the American Civil Liberties Union has been anti-American since its founding. Roger Baldwin, who founded it, was a Communist. He set a goal to drive religion out of the public square. And that could serve only one further goal: to destroy the United States of America as he knew it. His spiritual successors have never let up.

Now do you understand?