Why ISIS is really ISIL

Arguably America has two enemies today: one foreign and one domestic. The foreign enemy can easily be identified as ISIS while the domestic one is a wolf in sheep’s clothing. Understanding your enemy is always a smart thing to do, since it is highly unlikely that you can defeat an enemy that you do not understand. But for most Americans, trying to understand an enemy such as ISIS that has so abruptly materialized can be a daunting task, since there seems to be little history to analyze this newly forming Caliphate. To aid in our understanding first we need to know that a Caliphate represents a sovereign state that ideally is comprised of the entire Muslim world, which is ruled by a caliph, or a successor of Mohammed.

The Levantine Kingdoms Northern and Southern

The alarming details we have missed concerning ISIL lies in its forgotten history that goes back to ancient times when Israel was split into two kingdoms after the death of King Solomon. At that time, the northern kingdom of Israel was comprised of ten tribes usually referred to as the “lost tribes” or “Ephraim”, which were taken into captivity by Samaria, which quickly became part of the Assyrian Empire. The territory known as the Assyrian Empire seemed to disappear off the pages of history. It did not. It divided into the nations we now know as Syria, southern Turkey, Iran and Iraq – the nations we now call ISIS – not ISIL. The distinction is important to note.

The southern kingdom that was comprised of the tribes of Judah and part of Benjamin has been labeled the “southern Levant” by archeologists wishing to remain politically neutral and not offend the Israelis or the Palestinians. The entire southern Levant also included ancient Philistia (which name has been hijacked by the Palestinians in order to lend them credibility), Jordan, and the southern part of Lebanon.

In his best selling book, The Harbinger, Jonathan Cahn develops a stunning comparison between the warnings sent to the northern kingdom of ancient Israel and the biblical symbolism behind the iconic images of 9/11 and the World Trade Towers. The book deals with Isaiah 9:10, which context extends to Isaiah 9:8-12. As stunning as these comparisons may be, when Cahn wrote the book ISIS had not made its way into the public’s eye. If it had, chances are that his book would have been a great deal longer. Astoundingly, the patterns that developed in the history recorded in Isaiah regarding God’s warnings were not limited to warnings alone. Closer examination of the verses reveals that a pattern also developed regarding the emergence of the same enemies – an enemy that Obama accurately calls ISIL and not ISIS.

If My people will humble themselves… 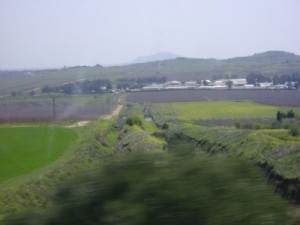 As with all of ancient Israel’s enemies, their defeat or victory directly corresponded to Israel’s fidelity to Almighty God. If Israel repented of her apostasy, immorality and idolatry; God relented and withdrew His judgment. This principle of repentance and relenting was also documented in the account of Jonah and Nineveh. Since today God is typecast as a namby pamby flower child, the fear and respect He deserves is often misunderstood – especially in America. While He indeed is merciful and fast to forgive, He is also fiercely just and His justice requires either repentance or judgment. If Cahn’s analysis is correct and 9/11 was meant to serve as a wake-up call for America to repent, then we are indeed in dire straits for America has refused to acknowledge the warning. And waiting in the wings are the usual cast of characters just waiting for our Protector God to remove his protection and allow their wickedness to wreak havoc on our spiritually deaf and blind citizenry.

So here’s the million dollar question: when Obama calls this emerging caliphate ISIL instead of ISIS, is he sending a well-hidden message to the terrorists that he is acknowledging and complicit with their plans to annihilate Israel and make its land part of their caliphate – or Levant? Many kingdoms have gatekeepers, in our case our gatekeeper may be a well-disguised Islamic Trojan Horse of the highest degree. If that be the case, may God have mercy on America as our Commander in Chief ravages our military and opens the doors to enemies that hate us so much that they are willing to die in order to bring about our destruction. As with ancient Israel, there is hope in repentance, but as with ancient Israel, no one seems to be listening.

Reprinted from The Daily Rant. Copyright by Mychal Massie. Used by permission.

actually isis standing for “the islamic state and syria” is a bit of a western oversimplification. according to isis/isil itself its the “islamic state of iraq and al sham” “al” being “the” in arabic. “the sham” basically translates into that entire area under some other random caliphate so is more similar to what we in the west call the levant than what we call syria. dunno if obama knows any of that but “greater syria”, “al sham” or “the levant” would be the proper translation of the s/l part of their name. besides, im pretty sure they wanna take over the entire world anyway.

‘The southern kingdom that was comprised of the tribes of Judah and part of Benjamin has been labeled the “southern Levant” by archeologists wishing to remain politically neutral and not offend the Israelis or the Palestinians.’
One wonders how many politically neutral archeologists were around in 1497 when, according to Wikipedia at least, the term Levant was first used in the English language to cover the area in question?
http://en.wikipedia.org/wiki/Levant
Ms Salanitri must know something that we don’t since at that time there were neither Israelis nor Palestinians to be offended.
By the way, the Wikipedia entry also gives some rather good maps showing how the area covered by the term ‘The Levant’ can, and has, changed with time and with the user. If all else fails, Ms Salanitri might even read some history of the area; ‘Levant’ by Philip Mansel as a good introduction.