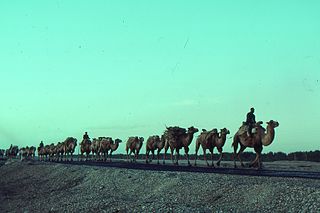 This fourth instalment of the Silk Road Notes series shows the distorted picture the Cleveland Museum’s Silk Road exhibit gives to the development of writing and learning along that ancient trade route. As ever, this exhibit gives credit to Muslims for developing real learning. In fact, the credit is due, not to the Muslims, but to the cultures they conquered.

Development of writing along the Silk Road

As paper spread from east to west along the Silk Road, books became more bountiful than ever before. Chinese artists learned to smear ink on carved wood blocks, which they used to print thousands of pages very quickly. When paper came to the Islamic world, a passion for reading and writing blossomed there, and Islamic scholars took the lead in the study of science, language and literature.

THE PATHS OF IDEAS

We may take it for granted today. We may even claim we can do without it. But of all the treasures that moved along the Silk Road, none was more powerful than paper. Light, flexible and inexpensive to make, paper made an ideal surface for recording ideas. As paper spread from China to the Middle East, it opened up a remarkable age of writing, reading, and learning.

[ezadsense midpost]
Once conquest was made, survivors of the slaughter were converted to Islam. Therefore, it might be prudent to question the original identity of those who owned and ran the paper manufacturers/mills, again in Samarkand, where we know that a large Jewish population existed.

By the early 1200s, Baghdad was a virtual paradise for readers and writers, with an enormous stationers market, more than 100 bookshops and 36 public libraries. One magnificent library belonged to a college called the Mustansinya Madrasa, its reading rooms provide paper, pens and oil lamps so students could copy the texts and make books of their own. Each student also enjoyed free tuition, room and board, medical care and a gold coin for every month of his stay.

A WAY WITH WORDS

For artists in early Baghdad, words were shapes as well as sounds. The Arabic language blossomed into a visual art as scribes made graceful copies of the Islamic holy book, the Koran. But calligraphy, the art of beautiful writing, soon moved beyond the page. With the spread of Islam, the flowing letters of the Arabic alphabet began to wind around serving dishes, embellish clothing and splash across doorways, ceilings and walls.

Related Topics:educationhistoryislamMiddle East
Up Next