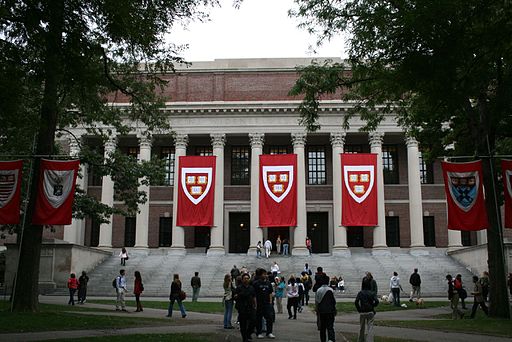 The Faculty of Arts and Sciences at Harvard University learned a bitter lesson yesterday. Rules in our society must apply to everyone. They thought they could make rules that wouldn’t affect them. How wrong they were! Now they feel the effects. And how did they react? Special pleading. Even their own students could tell them what’s wrong with that.

Full disclosure: your correspondent went to Yale. Yale has its Daily News, the Oldest College Daily. One of its favorite advertising campaigns featured the statue of Nathan Hale, arms bound behind him before the British hanged him for spying. That statue stands on a plinth outside Connecticut Hall on the Old Campus. (Hale once slept there.) And the Yale Daily News asked its readers: 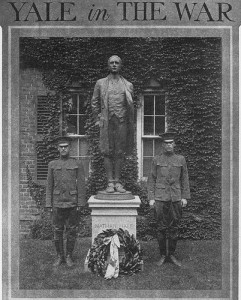 The Arts and Sciences faculty at Yale showed no sign of opposing Obamacare (though perhaps we should call it Grubercare instead). But they didn’t get the reputation for supporting it that Harvard got. Add to it: Barack Obama went to Harvard Law School. More to the point: Harvard professors trumpeted the de facto President’s plan, and the general idea of “universal health care,” for years.

Now they find out the bitter truth: Each professor will pay more out-of-pocket, in premiums and in deductibles. Why? Because the new law works out that way.

But can those Harvard professors truly blame the law? No. They have none to blame but themselves. They advocated this law, and the idea for it. They promoted it. They, more than Jonathan Gruber’s “stupid voters,” influenced Congress to enact it. Now they must suffer the consequences.

Harvard hypocrisy too much even for The New York Times

“Harvard is a microcosm of what’s happening in health care in the country,” said David M. Cutler, a health economist at the university who was an adviser to President Obama’s 2008 campaign. But only up to a point: Professors at Harvard have until now generally avoided the higher expenses that other employers have been passing on to employees. That makes the outrage among the faculty remarkable, Mr. Cutler said, because “Harvard was and remains a very generous employer.”

Those professors can’t avoid those costs any longer.

(Aside: does Pinch Sulzberger appreciate his writer blowing the lid off the scandal of those Harvard hypocrites? No one can say besides him, and he won’t talk about it. But his ancestor Adolph Ochs, who started the Times, probably would have liked it.)

Mary D. Lewis, a professor who specializes in the history of modern France and has led opposition to the benefit changes, said they were tantamount to a pay cut. “Moreover,” she said, “this pay cut will be timed to come at precisely the moment when you are sick, stressed or facing the challenges of being a new parent.”

Well, excuse me. Doesn’t this apply to any American?

None of the professors Mr. Pear interviewed, called for any law to make these higher premiums and deductibles go away for everyone. In short, these Harvard professors add special pleading to their other sins. Special pleading is the least honorable of logical fallacies.

Still, such Schadenfreude comes as cold comfort to millions of Americans who have the same, or a worse, problem.