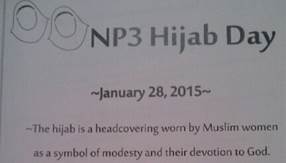 January 29, 2015, was Hijab Day at NP3 High School, in Sacramento, California. One student who is interning for the Council on American-Islamic Relations (CAIR) gave a presentation on Islamophobia and in no time at all, the befuddled faculty, staff and students were “encouraged” by principal, Tom Rutten, to wear a hijab – a veil that covers the woman’s head and chest.

What began as the seventh century Bedouin woman’s attempt at privacy and protection from the desert has become a veil symbolic of a woman’s indignity and servitude. As Nonie Darwish so aptly explained in her book, Cruel and Usual Punishment, women have come to represent the totality of evil and inferiority in Islamic teaching.

Considered lacking in intelligence and religion, women are seen as half the worth of men in a Shari’a court; in the case of rape, her accusation has no worth without four witnesses. Women may be raped for wearing “indecent” clothing, and beaten by their husbands for leaving the house unaccompanied by a male relative. If her behavior further irritates, he may imprison her without food and clothing, and arrange for stoning until dead. In this despotic society, women bear the honor of the male, so that girls and women may be killed by a father who fears his esteem has been sullied.

The hijabs and burqas serve the purpose of enforcing women to obey Shari’a and submit to men. Furthermore, they are obligated to defend this life of bondage or else risk their own destruction at the hand of their families. It is because of such constant fear, that many women are defensive when challenged by non-Muslims. Some may even try to earn honor and respect by joining the radicals for violent jihad (holy war against the infidel). 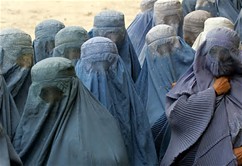 To cultures that enjoy freedom, these concealed women should be regarded victims of sadism, forced to endure the insufferable heat of the subtropics under layers of clothing, and prevented from enjoying the summer sun and cool breezes. In fact, medical experts have noted that these covered women in northern climes, with less sunshine, are suffering disproportionately from osteoporosis due to the lack of Vitamin D, and experiencing an increased risk of pelvic fracture during childbirth. Their newborns are more prone to suffering seizures from the same deficiency.

Islamic law is concerned more with raping, beating, flogging, and stoning women than with honoring them. Shari’a law demands that women be covered from head to toe as a way of solving the male’s sexual temptations. Rather than teach the males self-restraint and respect, the woman shoulders the responsibility of hiding herself. Tragically, because some women want to appear obedient to their god and men, other women bear the burden of ridicule and targets of fatwas (legal opinions that often lead to threats of death).

Rutten and Dosick: gullible and ill-informed

Tom Rutten, the principal, and Scott Dosick, president of the Board of Trustees of the Natomas Unified School District, appear to be gullible and ill-informed. Whether somehow compelled or naively eager to please, they have, albeit temporarily, aligned the school to Hamas and the Muslim Brotherhood – both recognized as terrorist groups by the United States government. The usual claims are trumpeted, that this is to promote a deeper understanding between different faiths, but the interchange will predictably be in one direction only. The Muslims will not be required to don a Jewish kippah or a Catholic Sister’s habit, neither would they consider doing so this side of Paradise.

Rather than guide the new immigrants in becoming Americans, as previous ethnic groups have done, the school has accepted the customs from those who refuse to assimilate. When an intruder or invader makes demands (no matter how subtle) that are met with compliance and submission from the host, it is conquest, not assimilation. I am concerned about how the school will handle future requests, such as visiting the local mosque, installing foot baths in the restrooms, removing foods from the cafeteria that Muslims find offensive and demanding for halal foods, removing animal pictures they consider distasteful, removing Israel from a map, eliminating all historic information about the Ancient Israelites, and allowing a room and time for Muslim prayer. These are among the many incremental adjustments to result in a gradual change of America as we know it.

The student, a representative of CAIR, whose motto is, “We are not here to be equal to other religions; we are here to dominate,” also conducted a discussion on Islamophobia, a term used to curb our freedom of speech by teaching non-Muslims to refrain from language they find offensive, including the violent history of Mohammed and Islam, the brutality of Sharia law, the truths about the treatment of women and sexual slavery, the 1400 years of Islamic savagery perpetrated by Muslims against all others, jihad and terrorism, studying democracy, and learning about Israel. By curbing our children’s free speech, behaviors, and dress choices, they are destroying our own cultural thoughts and behaviors, producing submissive adults. They have eliminated from the history books all Islamic violence, and the history and founding of America, including the Constitution and Bill of Rights. As our freedoms of thought and discussion are eroded, so are our cultural enthusiasm and growth. They are working to transform Americans into their image – one of a backward, destructive desert people. 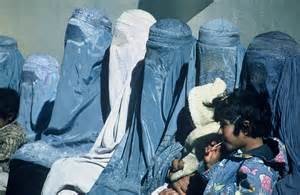 CAIR has “engaged in more than 100 political influence operations on behalf of foreign principals in the United States.” I am deeply concerned that the school authorities knew that the student was an intern for the Hamas-linked terror organization, CAIR, the worldwide organization that is linked to the Muslim Brotherhood, supports terrorism, and seeks to implement Sharia-based governance globally. I am concerned that they could not or would not protect themselves and their students from the stealth cultural onslaught.

Therefore, in all fairness and in the interest of equality and mutual understanding, I ask Mr. Rutten and Mr. Dosick to please inform me when they will schedule the next days of honor for other religions, and precisely how they’ll equalize the programs. In that way, all the students may learn to appreciate each other and grow to be proud Americans with their rights to life, liberty, and the pursuit of happiness intact, each in his/her own way.

Related Topics:educationislamIsraellibertyMiddle East
Up Next

did I read this right ? he asked the girls to start wearing headcovers ? somebody take that POS and his buddy and get rid of them. NO SHARIA !