God tells us in the Bible to be angry but not to sin (Eph. 4:26-27). As human beings who are quick to act upon our anger – especially when it is justified – we struggle with this in our family lives as well as in our social and professional lives. Many within Movement Conservative are facing the dilemma of being angry about what has been done to our Constitutional Republic and being confused about its biblical justification. To be clear, anger is a strong feeling of displeasure often as a reaction to a real or sometimes perceived injustice. Righteous anger requires that the anger be in accordance with the will of God. Therefore, we need to ask ourselves: would God be angry about what is happening in America today and why?

How do you define righteous anger? 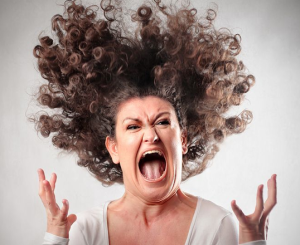 In the New Testament we are told that the children of wrath (which is God’s passionate judgment and holy indignation against sin) are those who conduct themselves in the lust of the flesh and of the mind (Eph 2:3). A good example of righteous anger is Christ overturning the tables of the moneychangers who were selling sacrificial animals in the temple during Passover (John 2: 13-16). Christ was angry – with good reason. They were turning God’s house into a den of thieves. In the Old Testament there were many incidents that recorded God’s anger with ancient Israel, i.e. 1 Kings 11:9-10; 2 Kings 117:18. In all instances, God’s anger was provoked by lawlessness – or the people’s refusal to honor God and the Mosaic laws.

If we are to justify our anger and call it “righteous”, we must be sure that it is in accordance with the will of God. If we don’t, we are deceiving ourselves and not any better than the moneychangers in the temple.

I have often marveled at our Founders and their understanding of proper rebellion. They understood that God alone is the author of liberty (2Cor 3:17) and that it was our duty to Him to defend and protect the precious gift He had bestowed upon this nation (Gal 5:1). And they understood and declared that government’s proper role was to protect these God-given rights. While many may think that our Founders rebelled against an authority that was appointed by God to rule over them, the Declaration of Independence made it clear that they were rebelling against a monarchy that was lawless and infringed upon the God-given rights of the people instead of protecting them. Their list of declared offenses was long. Unfortunately, it contained many commonalities with our American experiences today, such as imposing taxes upon us without our consent (a/k/a Obamacare); and joining with others to subject us to a jurisdiction foreign to our Constitution and unacknowledged by our laws (UN treaties). Today we have a government that passes unconstitutional legislation, circuitous amnesty, and oppressive taxation that exceeds the powers they are granted in our Constitution – sometimes with nothing more than a pen and phone.

The Founders and their clergy allies

One of the great advantages that our Founders had at the time of the American Revolution that we don’t have today was that the pulpits echoed our Founders’ points of view. John Adams said the pulpits “thundered.” Thomas Jefferson cautioned:

Can the liberties of a nation be secure when we have removed the conviction that these liberties are the gift of God?

And John Hancock offered this reminder and guidance:

Resistance to tyranny becomes the Christian and social duty of each individual…Continue steadfast and, with a proper sense of your dependence on God, nobly defend those rights which heaven gave, and no man ought to take from us.

Today America finds herself in a similar situation. Lawlessness among our lawmakers is the rule not the exception – as it was in ancient Israel and as it was at the time of our American Revolution. However, we are lacking the moral clarity that should be once again “thundering” from the pulpits – even in light of abortion, sexual immorality, and idolatry of all kinds. And in many instances confused churches preach social justice, which is a violation of the commandments that tell us not to steal or covet anything that someone else rightfully possesses. As a result, the people have substituted apathy for righteous anger when confronted with lawlessness. I fear that if we remain silent and complacent in the midst of lawlessness, God will not. And I fear that God’s anger will soon turn to wrath, but this time God’s wrath will not be turning over tables in our churches but will be pouring out bowls of judgment upon us.

Ecclesiastes 3 tells us that there is a time for every purpose and every work under heaven. When I see an administration that disregards our rules of law and infringes upon our constitutional and God-given rights, a congress that is complicit and a judiciary that rules by fiat; and when I see our government surrendering our sovereignty to foreign interests through illogical treaties and alliances with tyrannical government; and when I see military plans being openly given to our enemies; and when I see our once fine educational system teaching the pillars of Islam – including the memorization of Islamic prayers – while prohibiting the most bland Judea/Christian prayers and censoring Christian principles; and when I see our children being eroticized when they are supposed to be taught academics; and when I see the most innocent among us being murdered while being called their mother’s rightful choice while forcing us to pay for it; and when I see the government confiscating our properties under eminent domain laws that they have perverted; and when I see the intolerant politically correct police calling good “evil” and evil “good”, then I say anger isn’t only righteous; it is required. Yes. There is a time for every purpose and every work under heaven. I believe that this will prove to be either the time of righteous anger or well-deserved wrath. I chose anger.

Devil in the details