We’ve seen the way the Associated Press skews its commentaries, and this latest approach to delegitimize the State of Israel is to challenge her democratic values amid an expanse of dictatorships. After Benjamin Netanyahu’s re-election to his post of Prime Minister, Dan Perry, AP’s Middle East editor, writes, “with the occupation of the West Bank grinding on toward the half-century mark, and with Netanyahu’s election-week statement that no change is imminent, hard questions arise.” His question and answer are, “Is Israel a democracy? The answer is not so straightforward.”

Editor Perry’s premise is an immediate indictment against Israel, crafted to set the reader’s mind in motion to join in the attack. Surely, he calculatedly omits the history that explains why these Arabs (now renamed Palestinians) remain in the West Bank. Not only did he fail to recap that it was because Israel was attacked by Jordan and won that war that she acquired this territory, but he also excluded the fact that Israel offered land for peace on eleven separate occasions. The Palestinian leaders emphatically rejected the idea. Their strategy was to keep these Palestinians as pawns for as long as it takes to change world opinion and paint Israel as the aggressor and punishing “occupier,” until they succeed in hijacking all of Israel for Islam.

Thus, these Palestinians became the world’s eternal “victims” of oppression, set up to receive perpetual support monies from the United Nations, Europe, America, and Israel, even as the original victims have long been replaced by succeeding generations. Meanwhile, the new Palestinians wage evermore-creative wars against Israel, including increasingly lethal rocket and human attacks; and myriad propagandist accusations of apartheid, illegal housing and roads; accusing Israelis of causing floods, droughts, and shortages. One effective accusation was the Jenin “Massacre that wasn’t,” when the majority of 52 dead were combatants, and Doctors Without Borders confirmed that Palestinians had disinterred old corpses for authentic scenography.

Perry doesn’t remind his readers that just as non-citizens’ living outside of America have no voting rights within America, so non-citizen Palestinians’ living outside of Israel have no voting rights in Israel. The two million Palestinian Arabs who are citizens of Israel, of course, have the same voting rights as other Israelis, Jew and non-Jew alike. If these Palestinian Arabs ever show themselves to be civilized enough to lay down their weapons and seek peace, and to create their own democratic state, they may one day be able to vote for their own leadership. Unfortunately, Palestinian parents and teachers are coaching their small children to hate and to kill – to even practice beheading skills on dolls. Surveys show that the majority of Muslims worldwide prefers Islamic law, Sharia, which is antithetical to democracy, so that these longsuffering people will be more harshly ruled than ever by their authoritarian clergy and perhaps never experience an authentic election.

The author makes at least three off-the-wall accusations that show a decided, preconceived effort to blemish the Jewish state. 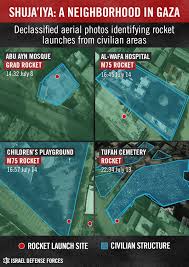 Associated Press is notorious for its false accusations against Israel, America’s ally, while defending Islamic countries, those that produce terrorists who maim, kill, and enslave innocents by the thousands, the same countries that vow Israel’s and America’s destruction. Perry is one of numerous unethical journalists who are willfully dishonest and unreliable. They use selective inattention (or willful blindness) straight from the Muslim playbook. Rather than write that the Arab nations control their people to such a degree that torture and death are commonplace, that hangings and beheadings are done in the public arena, that children begin their lessons of hate and acceptance of death with Kindergarten, he falsely accuses Israel of violating human rights.

One can’t help but wonder if these degenerate journalists comply with Associated Press’s directives to consciously misrepresent the facts for their own biases or gain, or that they are habitual liars who actually come to believe the untruths they spew. Contrary to what Perry himself concluded, I think the answer is quite straightforward. They are in collusion: it is AP and its journalists.☼

Pamela Geller speaks for me

What did Netanyahu say?