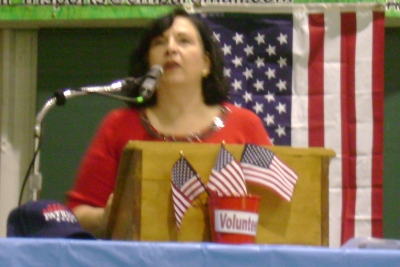 Recently I had the privilege of speaking at a National Day of Prayer event at our state’s capital.

The event was well-organized and there were several speakers, all of whom were assigned specific subject matters. Mine was religious liberty. Regardless of our assignments, the Spirit of God and His overriding message regarding cowardice soon became evident. The message from on High: stop whining and start speaking truth.

Whether the subject be abortion, loss of religious liberty, or same-sex marriage (which is a misnomer, as Rev. Craft established), the existence of these things in America today serve as an indictment against believers who conduct themselves more as cowards than warriors of the faith.

Consider this: no-one, not even mighty Uncle Sam, can strip you of the right to believe what you want to believe and worship God as you see fit. Acting like you have no choice but to do what government bullies demand equates to not standing up for what you believe to be right. Since the Garden of Eden, God has blessed the human race with liberty of conscience, but with our ability to think came the responsibility to live according to our convictions.

What are Christians required to do when there is a conflict between God and government? The Apostle Peter put it best when he said that we must obey God rather than men. Unfortunately, that has not proven to be the case in America. Today we sacrifice boldly speaking God’s truth – afraid of appearing intolerant or like some kind of fundamentalist. We are more concerned with the approval of men than the approval of God. Additionally, we lack the intestinal fortitude to stand up to the government bullies. Have we forgotten our school yard lessons: that bullies can only exist in the midst of cowards? And have we forgotten that cowards are the first to be thrown into the lake of burning fire – before liars, murders and the sexually immoral?

But what makes a modern-day coward a coward?

A modern-day coward may seem like a “nice” person according to earthly standards. The problem is that they value “niceness” above truth, which often demands boldness and they fear men more than God. The Bible tells us that the fear of man is a trap. They also value comfort more than righteousness. It is comfortable to live nicely without controversy and without challenging the powers that be. BUT – it is not always godly. You see, a coward knows right from wrong and chooses to keep silent in the midst of wrong. To be sure, there are many clever-sounding excuses one can develop to defend cowardice: I have to make a living; I don’t want to offend my neighbor; we need to “love” everyone; it’s a woman’s choice, etc., etc., etc. If you know the truth but are afraid to speak it, is it compassion or is it cowardice? If it is compassion, it is misplaced. If it is fear, it is cowardice. 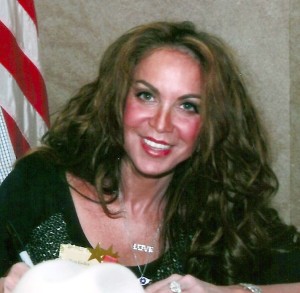 Recently Pam Geller was involved in an event in Texas that featured cartoons of Mohammed. As was expected, this event was noticed by Muslim extremists who sought to murder as many people at the event as possible. They were unsuccessful and were quickly sent to their Maker. Afterward, the media interviewed Donald Trump. Trump’s position was that Ms. Geller deliberately and unnecessarily provoked the attack. Trump’s analysis may have seemed reasonable. But was it?

Although there is no good reason for provoking the anger of those who are peacefully going on about their own business, Ms. Geller’s actions may have been biblically defendable and admirable.

Most realistically believe that Muslim extremists are already among us – just waiting for their opportunity to launch an assault – whether it is on a massive scale or orchestrated by some lone wolf somewhere. Additionally, the extreme faction of the Muslim religion continues to grow unabated – all while we sit silently by – not wanting to offend anyone. We also sit silently by when we watch young men burned alive before us, or Coptic Christians beheaded, or when news clips of children’s heads on sticks are displayed in parks. Normally our reaction is that Obama must do something – that our military has to stop these atrocities, but seldom do we realize that we are to do something personally about stopping the evangelism that glorifies these devils. And that, my dear friends, requires us to speak out against the religious system that sanctions these abominations. That is exactly what Ms. Geller did. She did not sit idly by complaining about how these extremists are gaining ground; she spoke out against it in a very provocative manner.

Ms. Geller’s admirable credentials as a provocateur are not unusual. History is filled with people who stood up for what they believed to be right – and sometimes they did it provocatively. Consider the prophet Daniel. As a captive in ancient Babylon, Daniel was under a government edict not to pray to anyone except the king. Not only did Daniel disobey this edict, he did it in a rather provocative manner. He kneeled beside an open window where everyone could see him, and prayed to his/our God. He could have prayed silently in some corner where no one could see or hear him . He chose not to. As a consequence, he was thrown into the den of lions. We are told that angels entered the lions’ den with him and protected him there. His deliverance served as inspiration to those in authority, as well as the masses. In other words, God used his provocation.

Stephen is another example of a provocateur that made a difference. In worldly terms, Stephen’s story did not go so well. He was stoned to death for daring to challenge his religious leaders and preach in the name of Jesus. But the death of Steven did not end in tragedy, as some would conclude. His strength and boldness helped to instill the strength and boldness truth required into a culture that sorely needed it. Steven didn’t fear death, and so those who found themselves in similar circumstances knew how to stand strong under intimidation – even unto death. Christians owe them a great debt. Once again, God used his provocation.

Of course there are many others – including Moses who lost his status as Egyptian royalty out of compassion for a Hebrew slave. His contemporaries may have thought him foolish or perhaps even a provocateur, but his righteous bravery delivered an entire people from bondage.

In more recent history, there was Harriet Beecher Stowe, and Martin Luther King, Jr. – as well as a whole multitude of others, such as Margaret Thatcher, Alexander Solzhenitsyn, Nelson Mandela, Lech Walesa, and Rosa Parks – just to mention a few. None of these men and women were cowards, and yes, they were all provocateurs of a kind. Many of them suffered, but we are all better because of their boldness in the face of adversity because God used their provocations. Today, as in days of old, we need boldness to stand against the evils that are permeating our way of life at every level. But boldness does not exist in the character make-up of cowards. It only exists in those who do not fear the reprisals of men or government. Donald Trump may think they’re provocateurs but personally, I think they’re heroes. And they should not be shunned; they should be welcomed and encouraged.

Pamela Geller speaks for me