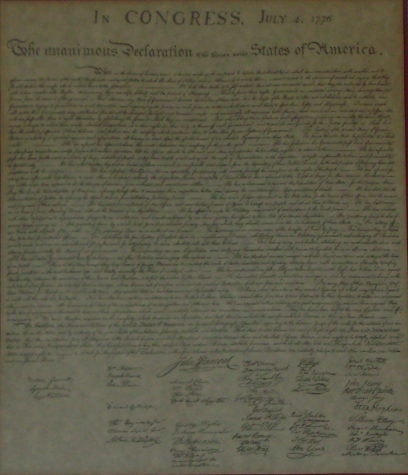 I seem to have less and less time every day to appreciate the things that are truly important and many of us seem to be losing track of what those things are as we are constantly assailed by forces trying to dismantle what we have built. There is a movement afoot to conceal from young citizens the how and why of America’s founding and the principles that have made this country great. 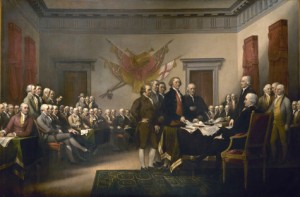 Today the Ten Commandments must not be displayed on Public Property, not because they offend but because they remind us that freedom to worship God is why people came here to begin with; that our country was and is based on Christian principles no matter what those who want to tear it down say.  These beliefs are why 56 men with everything to lose appealed ”to the Supreme Judge of the World” …”with a full reliance on the protection of divine Providence”  and mutually pledged “to each other our Lives, our Fortunes and our sacred Honor” in Congress on July 4, 1776 as they severed ties from England declaring our Independence. On that day they claimed “the separate and equal station to which the Laws of Nature and of Natures God” entitle us and declared further that we “are endowed by our Creator with certain unalienable Rights”.

Our founding and laws are clearly based on the principles in the Ten Commandments.  That is why the enemy within is trying to suppress them and convince people that the First Amendment means something completely different from the words printed in our Constitution, which are;

Congress shall make no law respecting an establishment of religion, or prohibiting the free exercise thereof; or abridging the freedom of speech, or of the press; or the right of people to peacefully assemble, and to petition the Government for a redress of grievances.

There are no restrictions in the First Amendment on citizens when it comes to Religion, Speech, Assembly or the Press.  The only restrictions I see are on Congress.  Since all Federal Law must be made by Congress, any Federal Law that restricts Religion, Assembly or the Press would be unconstitutional and invalid. If your conscience compels you to disobey laws restricting those things I think the spirits of Martin Luther King jr, Mahatma Gandhi, and the men who signed the Declaration of Independence would be cheering you on.