Against an uncompromising enemy, one must have an uncompromising Prime Minister. Hence, the only serious question is how to get such a prime minister; for while the enemy has its eyes on weapons of mass destruction, and has no scruples against their use, Israel’s Prime Minister is concerned about his country being accused of war crimes! Since it matters not what Israel does to avoid this accusation, Israel should use overwhelming force to eliminate her enemy once and for all. Here is what I wrote almost ten years ago under the title “Kill for Peace.” 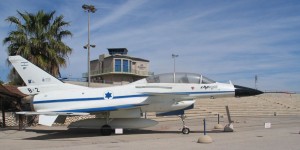 The Allied policy of unconditional surrender vis-à-vis the Nazis is the only rational policy that can be employed against the successors of the Nazis. This means “Kill for Peace” – a harsh policy, but one that would actually reduce Arab as well as Jewish casualties.  The rationality and effectiveness of this policy are substantiated by the greatest military theorists in history: Carl von Clausewitz and Sun Tzu.

Obviously the above war policy is beyond the courage of Israel’s milquetoast government. Hence it must be replaced by a very different kind of government before the enemy, with the help of Iran, obtains weapons of mass destruction.

Donald Trump told us so

Escaping the world before their eyes

israel is the enemy.

I stand with Israel!

Not only do I stand with Israel, but I believe Netanyahu to be the leader of the free world. One thing for certain, he doesn’t lead from behind! He is a true warrior.