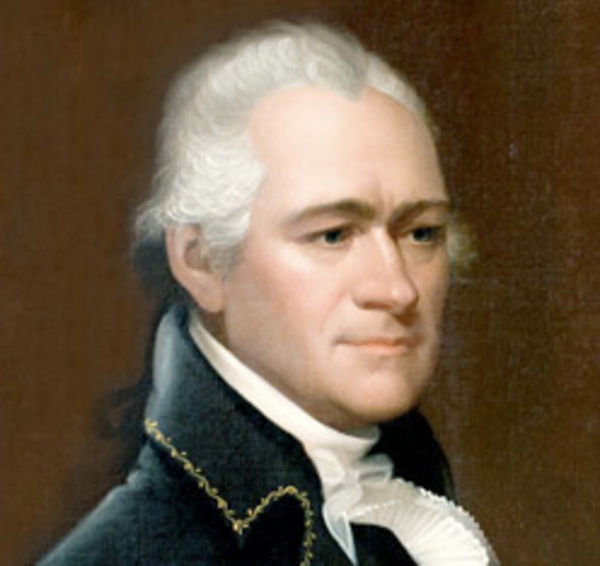 Given the anti-American Exceptionalism of President Barack Obama as well as the many candidates that want to occupy his office after the 2016 Presidential election, we need to review the statesmanship of George Washington, Alexander Hamilton, and James Madison, who institutionalized the basic ideas of American Exceptionalism.

What can be customary about revolution? 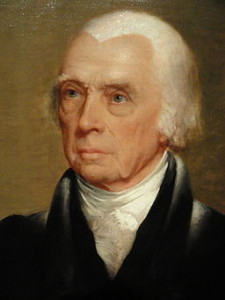 To coordinate the welter of interests and opinions displayed in a free society like America is a task confronting any President of the United States. For George Washington the task was infinitely greater, which is why the theme of his famous “Farewell Address” is national unity. Indeed, a people can hardly enjoy national unity unless its citizens tacitly acknowledge commonly shared political principles and moral values of paramount significance, ideas and values embodied in well-established traditions.

The trouble is that America was born in revolution, a revolution unique in recorded history. America’s Founding Fathers therefore had the unprecedented task of constructing a government based primarily on rational as opposed to customary foundations.

Hamilton was not exaggerating when he wrote in Federalist 1: “It has been frequently remarked that it seems to have been reserved to the people of this country, by their conduct and example, to decide the important question, whether societies of men are really capable or not of establishing good government from reflection and choice, or whether they are forever destined to depend for their political constitutions on accident and force.” Ponder Madison in Federalist14:

But why is the experiment of an extended [i.e. continental] republic to be rejected, merely because it may comprise what is new? Is it not the glory of the people of America, that, whilst they have paid a decent regard to the opinions of former times, and other nations, they have not suffered a blind veneration for antiquity, for custom, or for names, to overrule their own good sense, the knowledge of their own situation, and the lessons of their own experience? … Happily for America, happily, we trust, for the whole human race, they [the leaders of this country] … accomplished a revolution which has no parallel in the annals of human society. They reared the fabrics of governments which have no model on the face of the globe.

The revolution of which Hamilton and Madison speak bore profound problems. When Washington assumed office, his authority was circumscribed by a newly written Constitution. Unlike the founders of ancient regimes, the authors of that Constitution could not claim Divine sanction, and what some men could make, other men could unmake.

Also, the Constitution placed under a single and supreme authority thirteen hitherto sovereign and rival States. The strongest opposition to ratification of the Constitution came from state office-holders whose power and prestige would be significantly diminished by the establishment of a national government.

As Hamilton remarks in Federalist 1: “Among the most formidable obstacles which the new Constitution will have to encounter may readily be distinguished the obvious interest of a certain class of men in every State to resist all changes which may hazard a diminution of the power, emolument, and consequence of the offices they hold under the State establishments.” The governors of the States would no longer be oaks but shrubs.  Ratification would not put an end to this divisiveness.

Meanwhile, many citizens of each State retained their local loyalties and thought of themselves more as “Virginians,” for example, than as “Americans.” Furthermore, when one considers the enormous problems of organizing and staffing a new government and its various departments, of formulating a variety of programs concerning domestic and foreign affairs, of responding to a welter of conflicting needs and wants from the diverse parts of the country—inevitably disappointing the hopes and expectations of some, arousing the hostility of others—when all these factors are taken into consideration, it can be said that no other American President—perhaps not even Lincoln—had so crushing a burden as Washington’s: the burden of creating, as it were, a national character, of endowing a diverse people with a sense of national unity and purpose.

Perhaps no one today can fully appreciate the magnitude of the task confronting Washington and the founders of the first continental republic. The wisdom and fortitude and magnanimity required to rule, let alone establish. such a republic probably surpasses that required of any other regime. As Jefferson said of Washington, “Be assured, his influence carried this government.”

More than a century later, President Calvin Coolidge declared that Washington was “the directing spirit without which there would have been no independence, no Union, no Constitution, and no Republic…. We cannot yet estimate him. We can only indicate our reverence for him and thank Divine Providence which kept him to serve and inspire his fellow man.”

It required exceptional statesmen to launch American Exceptionalism in the Declaration of Independence and institutionalize its moral and political ideas in the Federal Constitution. Regarding the latter, no less than William Gladstone (1809-1898), one of Britain’s greatest prime ministers, declared: “The American Constitution is, so far as I can see, the most wonderful work ever struck off at a given time by the brain and purpose of man.”

A threat to American exceptionalism

But now a dire warning is needed. Today, there are members of the American Supreme Court appointed by President Barack Obama that want to over-ride the American Constitution and “Government by the Consent of the Governed” by means of the European concept of “transnational law.” This concept is being promoted and  spread by Left-wing European intellectuals and jurists who oppose the independent “nation-state.” Their primary target is America.

Since European intellectuals and jurists are steeped in moral relativism and atheism, they are opposed to American Exceptionalism, whose basic ideas are rooted in the Bible of Israel, as has been affirmed by American Presidents from Washington to Lincoln, indeed, by all American Presidents with the willful exception of Barack Obama.

It therefore behooves high-minded American citizens to sound out and size up the current flock of presidential candidates. As patriotic Americans, they need to determine whether the candidate of their choice respects the venerable principles of American Exceptionalism, and therefore, whether that candidate opposes the European concept of “transnational law,” a concept that would disembowel the national sovereignty of the United States.◙

Editor’s Note: CNAV proudly features, at the top of his article, the portrait of Alexander Hamilton by Ezra Ames.

american exceptionalism is a myth.the u.s. is a poor example,in reality and fact,to the rest of the world.