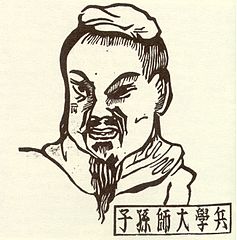 War is the business of warriors, not of Prime Ministers preoccupied with PR ratings. Sun Tzu would have had such PMs castrated.  A lesson in military history is in order.

Lessons in the art of war

Sun Tzu’s The Art of War, written about 500 B.C.E., is the oldest military treatise in the world.  Even now, after twenty-five centuries, the basic principles of that treatise remain a valuable guide for the conduct of war. 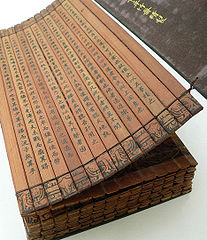 The Art of War by Sun Tzu, written on bamboo. Photo courtesy user “bluefootedbooby” on Flickr.com, CC BY 2.0 Generic License.

Sun Tzu should be of interest to the General Staff of the Israel Defense Forces, in view of the on-going Arab War against Israel which erupted conspicuously sixteen years ago, in September 2000.  Since then almost 2,000 Jews have been murdered, and many thousands more have been maimed by professional Arab Jew-killers called “terrorists” – a term which has become virtually innocuous in peace-intoxicated state of Israel.

At first blush one might suspect Sharon had been inspired by the Sermon on the Mount.  Or did he derive that milk-and-toast dictum from a misreading of Sun Tzu’s The Art of War? Sun Tzu would have a general exhibit, at first, “the coyness of a maiden” – to draw the enemy out – but thereafter he would have him emulate the fierceness of a lion.

But that they are called “defense” ministers signifies that  Israeli Prime Ministers do not have any war-winning strategy. Small wonder Israel is afflicted so frequently by intermittent wars, which can only multiply the number of Jewish casualties. I know of one super-Israeli parent that opposes her son’s  membershp in the IDF for that reason!

Despite its frequent conflicts with the Arabs, Israel has not won a war since 1967. Israeli prime ministers have a phobia about winning wars: It’s as if they prefer to lose adhering to the dictum that self-restraint is strength.☼