The Emergency Council Meeting was about to be brought to order even though several of the highest tenured of the 30 person Board appeared reticent to break off what seemed to be an unusually tense conversation.  The Chairman, following several attempts at the normal and polite tapping, resorted to a thunderous crack of the gavel which sent shivers throughout the chamber.  Some of them, though clearly startled, looked relieved as they began now to move towards their designated seats.  One member wiped the quickly produced perspiration from his pate as he perused the gallery in an effort to remain calm and ensure himself that that deafening crack emanated from the Chair and was not something else. Something ominous.

Moderation in the pursuit of justice…

The level of tension permeating the air, was for these fellows of moderation, worrisome and problematic, as they contemplated the decisions they were now, unfortunately, being compelled to make.  After years of placation, these men of compassion and fair thought were now being forced to address a very important dilemma.  The question, just barely being obscured deep in their subconscious, was how could they have allowed it to go this far?  How could they not have seen what now appears to be so clear?  And of course the most prominent question of all, has time run out?

This nightmare began, many decades prior with the advent of a new sense of fairness, compassion and tolerance which replaced decades of what this new society had labeled as aberrant pride which manifested in unnatural desires for cultural preservation.  These societal confrontations, while for millennia effervesced below the surface of most everyone’s psyche, never presented much concern nor confrontation as there actually existed not a huge or varied difference between them, from family to family or even from village to village.

Then, from far beyond the known horizon, there appeared at the gates, a clan of weary travelers.  They spoke in a strange tongue and their written language was as equally bazaar.  Their dress and their interaction with each other seemed to be based upon a system which placed the males and females on separate planes. This new and never-before seen breed of people, they called themselves the Malsi, had an air of ominousness about them while at the same time they spoke in soft tones which overrode otherwise unsettling premonitions.

They requested admittance on that day and expressed a desire that they would be accepted and permitted to settle in this wonderful society they have finally discovered after years of travel and nomadic existence.  That way of life was made necessary as a result of the total collapse of the civilization they were forced to flee.  They spoke of turmoil, lack of industry, lack of law, starvation and pandemics which had overtaken that once bountiful and prosperous land, which was no more. 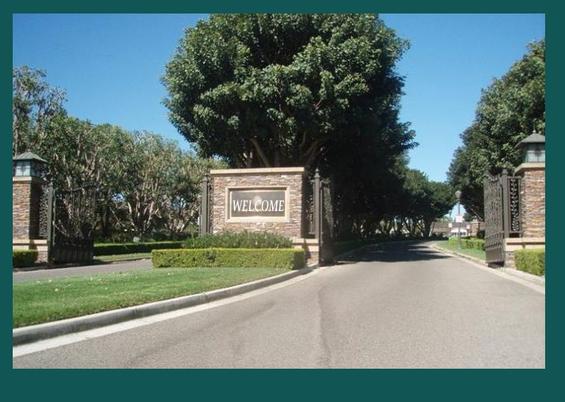 The Council convened back then and consistent with the new openness and warm inclusiveness which had replaced the cold separatists of the old Council, the wandering Malsi clan was welcomed.  They were given areas to live and work and propagate.  Additional permission was granted which would allow for and finance a messenger to contact the many other Malsi’s which had been left behind.  They were to be invited to flee the misery of their once beautiful homeland and begin migrating to this new land where they have been welcomed with open arms.

There then came some strange events. The new clan clearly had no intention of becoming part of the host society.  As the numbers of new arrivals increased and the clan as a whole began proliferating at an astonishing rate, there seemed to be a growing disdain for their benefactors.

In the years which ensued the Malsi grew more distant, more demanding and unfortunately, more aggressive.  Several instances of murder were recorded but the councilmen were sated by the Malsi leader as he laid the blame on a small minority of misguided individuals. But after having informed the Council of these dangerous people the leader made them aware that the Malsi people agreed with the principles and demands being espoused by them.  Of course, when asked, they offered the required condemnation of the growing violence.

Malevolence abounded, blood of innocents flowed, the dead and the dying became not rare but common.  People who inadvertently wandered into Malsi areas became targets.  Most were afraid to leave their homes, open their mouths or espouse opinions. Men dreaded leaving their families alone long enough to go to work and no one would venture out to societal functions.  As a result businesses closed and restaurants disappeared as did multiple other enterprises.  It was as though the Dark Ages had returned and people began arming themselves and hunkered down.  Roving mobs of Malsi fanatics claimed the streets and promised death to those foolish enough to venture out.

The question sitting heavy on the agenda of this quickly scheduled Emergency Council Meeting, was what they were going to do to protect the community, reinvigorate the economy and instill the old sense of safety and security which was now just a vague memory.   At issue, of course, were the Malsi.  Should the continuing influx of them be terminated? Should the invitation of years earlier be revoked and the entire clan be banished?  Each of them knew the correct answer.  They all knew what had to be done. But not being from the old council of cultural preservationists, but instead being comprised of compassionate and tolerant human beings, even in the light of their collapsing civilization, the Council decided to invite the Malsi leader to the meeting.  It was their intent to once again take the easy road as they would attempt to get him to disavow the growing violence and help put an end to it. At least in words, if not actions.

Several of the Council members had decided it was time to look more deeply into the Malsi people, such as where they had come from and what history they had left behind.  After refusing to use the Councils holy book to swear an oath of honesty, the Malsi leader settled in and prepared for the coming interrogation.

The Council asked him what exactly happened to their old country and why did it collapse?  He told them it collapsed because those not being Malsi, refused to adhere to ways and rules.  This of course, he related, required drastic actions which ultimately caused the failure of civility and productivity.  Then one Council member inquired of him; did not the non Malsi’s of that deteriorating country try to stop what they must have seen coming?  “No!”  Retorted the Malsi leader, “those people were weak and were ruled by fools. Maybe you know of them by name.  They called themselves, Americans.

A cautionary tale, reprinted from TPATH