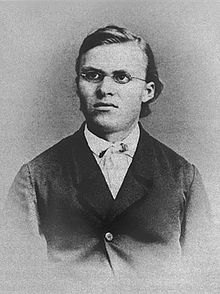 Before exposing the alliance between the Left and Islam, evident among left-wing academics in America, ponder this. More than a century ago, Friedrich Nietzsche exposed the nexus of socialism and individualism. Here are his penetrating remarks:

Socialism is merely a means of agitation employed by individualism: it grasps that to attain anything, one must organize to a collective action, to a “power.” But what it desires is not a social order as the goal of the individual but a social order as a means of making possible many [mediocre] individuals. This is the instinct of socialists about which they frequently deceive themselves … The preaching of altruistic morality in the service of individualism: one of the most common lies of the nineteenth century. [The Will to Power (New York: Random House, 1967), pp. 411-412, W. Kaufmann, trans.]

Socialism finds a natural ally among Muslims, the religion of the ant-heap, a religion that worships death. The Muslim exaltation of death signifies the denial and end of all creativity. And creativity, for Nietzsche, is not only the quintessence of man, but manifests especially in the Jewish people.

Nietzsche, in his Dawn of Day (the title resonates with the dawn of Israel’s rebirth), speaks of “The People of Israel” in these words:

In Europe they have gone through a school of eighteen centuries, such as no other nation can boast of, and the experience of this terrible time of probation have benefited the community much less than the individual. In consequence whereof the resourcefulness in soul and intellect of our modern Jews is extraordinary. [Indeed] in times of extremity they, least of all the inhabitants of Europe, try to escape any great dilemma by recourse to drink or to suicide, which less gifted people are so apt to fly to. Each Jew finds in the history of his fathers and grandfathers a voluminous record of instances of the greatest coolness and perseverance in terrible positions, of the most artful and clever fencing with misfortune and chance; their bravery under the cloak of wretched submissiveness, their heroism in the spernere se sperni [despising their despisers] surpass the virtues of all the saints.

Where shall this accumulated wealth of great impressions, which forms the Jewish history in every Jewish family, this wealth of passions, virtues, resolutions, resignations, struggles, victories of all sorts—where shall it find an outlet, if not in great intellectual people and accomplishments? On the day when the Jews will be able to show as their handiwork such jewels and golden vessels as the European nations of shorter and less thorough experience neither can nor could produce, when Israel will have turned its eternal vengeance into an eternal blessing of Europe: then once more that seventh day will appear, when the God of the Jews may rejoice in Himself, His creation, and His chosen people – and all of us will rejoice with Him.

Ponder the last sentence. What does this tell us of a philosopher who, in addition to being a reputed atheist and anti-Semite, could conclude an encomium of the Jews with an affirmation of their God? Was Nietzsche’s atheism an inversion of a profound but disappointed love?

Today, Nietzsche’s atheism has metamorphosed into something utterly superficial and cheap. This atheism has no future; it is merely symptomatic of the end of an era.

A new age is dawning, which is why Nietzsche entitled his encomium as the Dawn of Day. This “diagnosis” – allow me to speculate – is comparable to what the Sages of the Talmud call the “footsteps of the Moshiach.” The Redemption will come gradually, like the rising of the sun. And even though a cloud my obscure the sun’s light for a while, its rise will continue. The sun’s rising manifests a law of history as inevitable as a law of nature.

In contrast, socialism generates what Nietzsche famously calls the “last man,” man devoid of lofty aspirations, of any sensitivity to what is noble. Envious hatred of what is noble is precisely what underlies the rampant hatred of Jews and of Israel. That miniscule Israel should stand alone against ISLAMDOM infuriates countless non-Jews.

That Israel should smash the Hamas rocket launchers and the tunnels rats of Gaza enrages Jew-haters everywhere. That goes double for those who worship the ant-heap and love death.

The love of death, or necrophilia, enthralls Islamists animated by Sura 9:111 of the Qur’an. That verse

exalts the Muslim who slays and is slain for Allah.

Hatred of Jews drives Muslims to a frenzy that surpasses the tirades of Hitler. Both Muslims and Nazis, i.e., National Socialists, hate Jews for their outstanding creative individuality in all fields of human endeavor.