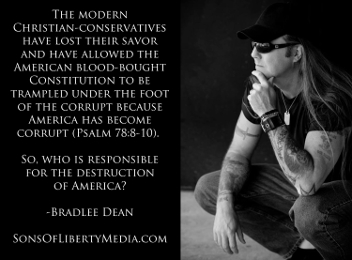 America will never be destroyed from the outside. If we falter and lose our freedoms, it will be because we destroyed ourselves. – Abraham Lincoln

Did you hear about John Hinckley Jr., the man that attempted to assassinate President Ronald Reagan on March 30, 1980? A jury declared him not guilty by reason of insanity.

Unsound in mind or intellect; mad; deranged in mind, delirious…

Yet, 35 years later, Federal Judge Paul L. Friedman wrote that Hinckley, 61, no longer poses a danger to himself or others and will be free to live full time with his mother in Williamsburg, Virginia.

Libertarian (without regard for law, free will) Presidential candidate Gary Johnson took a question about the illegals coming into America. He responded, “They came into this country because they couldn’t get in legally. And the jobs existed.”

The reporter asked Johnson, “If you enter the country without documentation is that or is that not an illegal act?” And he answered, “Technically, yes!”

Moreover, you shall provide out of all the people able men, such as fear God, men of truth, hating covetousness; and place such over them, to be rulers of thousands, and rulers of hundreds, rulers of fifties, and rulers of tens. – Exodus 18:21

Remember the ICE investigation at the Pentagon, which exposed over 5,000 employees downloading child pornography? Instead of prosecuting the guilty for their felony offenses, the DOJ, under Eric Holder, conveniently stated they didn’t have enough manpower to bring prosecutions.

Ye shall not afflict any widow, or fatherless child. If you afflict them in any way, and they cry at all unto me, I will surely hear their cry; And my wrath shall wax hot, and I will kill you with the sword; and your wives shall be widows, and your children fatherless. – Exodus 22-24

It were better for him that a millstone were hanged about his neck, and he cast into the sea, than that he should offend one of these little ones. – Luke 17:2

Remember what Abraham Lincoln stated, “America will never be destroyed from the outside. If we falter and lose our freedoms, it will be because we destroyed ourselves.”

Americans do not need to worry about what other countries are doing to them. It is the Americans that have no one to blame but themselves (Isaiah 59).

O Lord, righteousness belongeth unto thee, but unto us confusion of faces, as at this day; to the men of Judah, and to the inhabitants of Jerusalem, and unto all Israel, that are near, and that are far off, through all the countries whither thou hast driven them, because of their trespass that they have trespassed against thee. – Daniel 9:7

The heathen are sunk down in the pit that they made: in the net which they hid is their own foot taken.

The Lord is known by the judgment which he executeth: the wicked is snared in the work of his own hands. Higgaion. Selah.

The wicked shall be turned into hell, and all the nations that forget God. – Psalm 15-17

What of Hillary Clinton this last week? None other than CNN praised her. CNN reported that she raised $143 million dollars in the month of August alone.

Did anyone take the time to ask where that money came from?

Hillary does not have the support from the American people. Therefore, she has to receive it from the foreigners who are out to destroy America.

I have to throw this last one in here for you, though there is a plethora of topics to pick from:

This whore, without a doubt, is the product of her un-American upbringing (Lamentations 5:7; Luke 7:35).

As a jewel of gold in a swine’s snout, so is a fair woman which is without discretion. – Proverbs 11:22

Really? A conservative? Webster’s 1828 dictionary defines a “Conservative” as: preservative; having power to preserve in a safe or entire state, or from loss, waste or injury.

Salt of the earth

Ye are the salt of the earth: but if the salt have lost his savor, wherewith shall it be salted? It is thenceforth good for nothing, but to be cast out, and to be trodden under foot of men.

The modern Christian-conservatives have lost their savor. They have allowed the American blood-bought Constitution to be trampled under the foot of the corrupt. Because America has become corrupt (Psalm 78:8-10). So, who is responsible for the destruction of America?