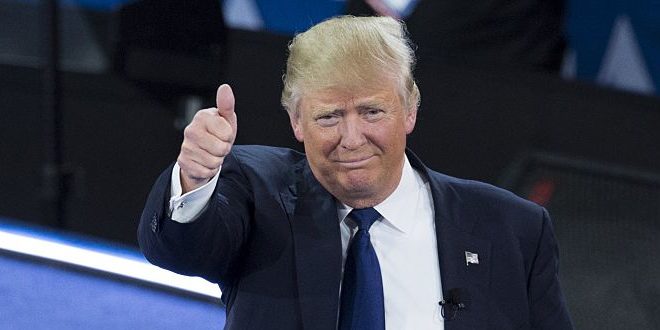 So the time has arrived that you and I must cast a vote based upon the decision we have made or will make. We must now decide if we want our country to travel down the road and in the direction we are going, or do we want changes. If we want changes, what changes do we want? Quoting Ronald Reagan, “The government is our car and we are the driver. It is up to us to determine the road we travel and how fast we drive.”

With all the personal poisoned arrows being flung about, I fear we might lose sight of the only thing that really matters in our two candidates is what their desires are for our nation going forward. What will they work at and try to make happen? And I say two, because a vote for any other will be of no consequence in electing a president, other than taking a vote from one of the two, and we all know that.
I have done everything I know how to do to lay out for your consideration, in an honest and objective manner, 8 of the most overriding issues. Here are those issues and Mr. Trump’s and Mrs. Clinton’s well-known positions on what each want to see, and make, happen. 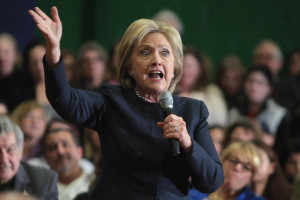 Hillary Clinton is for an entire Western Hemisphere of open borders, free travel with no restrictions as to identity or the numbers of people entering these countries, including the U.S. She wants a mirror image of the European Common Market. It is estimated up to 600 million people could freely migrate here.

Donald Trump is for completely closed borders with strict limitations and extreme vetting on who and how many people are allowed to enter the U.S. He is soundly opposed to the European Common Market concept.

Hillary Clinton is opposed to substantially increasing the size and strength of the U. S. Military forces. This in its self means a weaker military presence in the world. She, like Obama, doesn’t believe we should be a dominant military power.

Donald Trump is in favor of substantially increasing both the size and strength of the U.S. Military forces. This would be restoring us to the strongest military presence in the world. He, like Ronald Reagan, believes we should be a dominant military power.

Hillary Clinton plans to substantially increase Federal Income Taxes on both individuals and all businesses, large and small, and increase the inheritance tax rate to 65% of what someone, upon their death, leaves to their children or family. Increase the number of brackets to eight.

Donald Trump plans to substantially lower taxes on all individuals and all businesses, large and small, and totally eliminate the inheritance tax all together on what someone, upon their death, leaves to their children or family. Decrease the number of brackets to three.

Hillary Clinton has stated she has no desire to open any of our trade agreements with foreign nations to renegotiation. She is satisfied with NAFTA (North American Free Trade Agreement) in spite of an $800 Billion dollar trade deficit with our trading countries, and is in favor of the TPP (Trans Pacific Partnership). She believes NAFTA has boosted the American economy, in spite of a terribly slow and sluggish economy with over 95 million American workers having left the work force because there are no jobs available to them. She wants to continue the same policies.

Donald Trump has stated he wants to open our current trade agreements and renegotiate the terms of those agreements and make them more fair for the U.S. He is very unsatisfied with NAFTA and will not sign on to the TPP without further negotiations. He believes NAFTA has destroyed American manufacturing jobs and greatly weakened our economy. He cites the huge trade deficit and so many leaving the work force as evidence of it. He wants to put plans into motion that will halt American Companies from leaving this country and bring those back which have left.

Hillary Clinton wants to appoint judges who will make rulings that will be more in line with modern day Liberal and Progressive ways of thinking, possibly infringing on the right to bear arms, the right to free speech, and religion (especially Catholics and Evangelicals) being targets of change.

Donald Trump wants to appoint judges who will follow the Constitution strictly. The right of citizens to own guns, speak freely in all matters, and freedom of worship will not be infringed.
(This issue alone could effect our nation for generations to come.)

Donald Trump wants to eliminate Common Core and is in favor of school choice. He wants to return all school subject content selection to the states and local school boards, and parents can send their children to the school of their choice, creating school competition.

Hillary Clinton wants to keep, as is, what is referred to as Obamacare, expand upon it and finally morph it into a national government paid (single payer) and managed medical system with no competition, much like Canada.

Hillary Clinton v. Donald Trump: you are the driver

Remember Ronald Reagan’s words. You are the driver. Which of the roads above do you wish to travel and how fast do you want to drive? You are leaving the driveway and MUST turn right or left. Your decision can’t be delayed any longer, a choice has to be made.

Thank you and may God help you in your decision.

Excellent dare I say journalism in an age where it is dead. Thanks Terry. The Alphabet Nets, CNN, WashPo,and NYT need you but then again I realize you have standards of integrity to maintain.