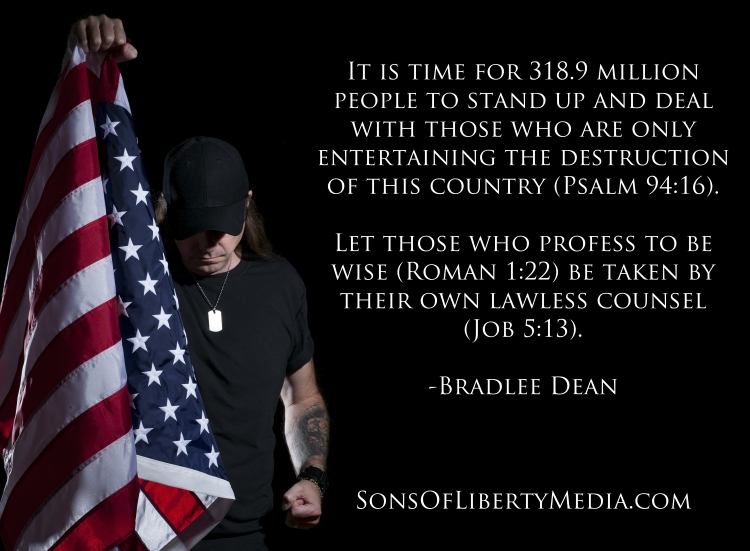 “The typical American voter is so stupid, his dog teaches him tricks.” So said Jonathan Gruber architect of Romney-Obama-Care. You just heard a clown laugh at his own joke.

Last week, this same clown said un-Constitutional Romney-Obama-care was working as designed. I pondered this, all the while knowing that to force people to buy healthcare is an illegal act. Remember, the federal government is a creature of the states and not the states a creature of the federal government. Furthermore, the foreign agent in the people’s White House has never been given delegated powers to illegally legislate against the states through unlawful policy. Policy follows law; law does not follow policy.

I am not going to spend time showing you the illegality of Romney-Obama-care, for in judging this administration (Matthew 7:16), we can see that when he said that he wanted to fundamentally transform America, that was enough for me to know what it was all about.

The fundamental basis of this nation’s laws was given to Moses on the Mount. The fundamental basis of our Bill of Rights comes from the teaching we get from Exodus and St. Matthew, from Isaiah and St. Paul. I don’t think we emphasize that enough these days. If we don’t have a proper fundamental moral background, we will finally end up with a Totalitarian government which does not believe in rights for anybody except the State.

I know there are some that believe that because the Supreme Court upheld Romney-Obamacare, it must be legal. Consider that the Supreme Court and other justices in any court are to discover and apply law (which is good behavior), not to create it out of thin air and apply that which is not taken from that which has been delegated (Article 3, Section 1, The United States Constitution).

Also, consider that this is the same Supreme Court that has advocated that which God has clearly condemned over and over again (Exodus 20:13; Proverbs 6:17).

The American people have accepted Supreme Court sanctioned murder of the innocent. They have accepted the redefinition of marriage by the likes of a radical lesbian named Elena Kagan, who has never judged a case a day in her life. The list goes on concerning the Supreme Court’s attacks against America and Constitutional Law (Article 4, Section 4, The United States Constitution).

Apparently, these injustices seemed to have miss that which the law teaches in law school (1 Timothy 1:7).

“No enactment of man can be considered law unless it conforms to the Law of God!” –William Blackstone, Commentaries on the Laws of England

President Andrew Jackson said, “The Bible is the Rock upon which our REPUBLIC rests” (Exodus 18:21).

Has the Supreme Court become a ruling body?

He was also the President that said:

And rather getting caught up into the debate that they want you to get caught up into, the question that should be presented to them call themselves legislators is: where are you deriving your authority from to implement these unconstitutional acts? It is a question that they simply cannot answer.

Which brings me to this point: “If they can get you asking the wrong questions, they do not have to worry about giving you the right answers.”

Considering that which you have been led to believe concerning Romney-Obama-care and that it is such a good deal (Premiums are skyrocketing) for Americans, why does it not apply to the Congress that approved these unlawful measures?

Gruber continues to laugh at America

Without further ado, let me bring to you Jonathan Gruber again, the clown that is laughing at you, America.

“Exploiting the stupidity of the American voter is fun and easy: kinda like squeezing a lemon.” –Jonathan Gruber architect of Romney-Obama–care

“Lack of transparency is a huge political advantage. Call it the stupidity of the American voter or whatever, but basically, that was really, really critical for the thing to pass.” -Jonathan Gruber architect of Romney-Obama–care

“When we’re done with employer-based health insurance, it will have as much life in it as Jimmy Hoffa.”

P.T. Barnum said a sucker is born every minute, but his estimate was laughably low. -Jonathan Gruber architect of Romney-Obama–care

America, your children and future generations are being enslaved by those who are committing crimes against you (Deuteronomy 28:68).

It is time for 318.9 million people to stand up and deal with those who are only entertaining the destruction of this country (Psalm 94:16). Let those who profess to be wise (Roman 1:22) be taken by their own lawless counsel (Job 5:13).

Do we know we have become slaves?

In closing, Harriet Tubman said when asked of the slaves that have been freed by her hands, “I freed a thousand slaves. I could have freed a thousand more if only they knew that they were slaves” (Hosea 4:6).

Shall the throne of iniquity have fellowship with thee, which frameth mischief by a law? They gather themselves together against the soul of the righteous, and condemn the innocent blood. But the Lord is my defence; and my God is the rock of my refuge. And he shall bring upon them their own iniquity, and shall cut them off in their own wickedness; yea, the Lord our God shall cut them off. -Psalm 94:20-23

If America would only repent, then the joke would be on the lawless!

Remember, the PPACA is intended to destroy the health care insurance industry. It is doing what is was designed for. I have actually read the law. This pdf file http://dlaster.com/DOCUMENTS/Purpura-v-Sebelius-Issue_to_Counts.pdf has a list of what is in the Senate originated revenue raising law.