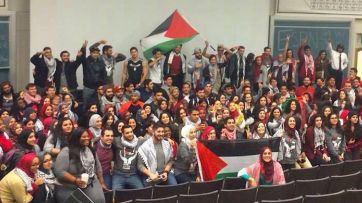 I think (or want to believe) Donald Trump’s having an Orthodox Jewish son-in-law hence Jewish grandchildren is providential. Every member of his family knows this. Nor are they ignorant of the religious significance of this fact in relation to Israel’s conflict with the Palestinians. Trump’s many Jewish business associates also understand this. They know the Palestinians have no interest in peace. That Trump is a deal-maker is not going to change this. Surely he knows this as well as does Bibi.

The Palestinians and Iran

So what kind of change can Trump introduce knowing the PLO-PA is not interested in peace? Especially since peace would cost the Arabs annual subsidies of hundreds of millions of dollars? Doesn’t Trump know this – and know it as well as Bibi?

Trump wants to change the rules of the game. He also knows there are about 50 million Evangelicals who would support him in 2020. Furthermore, he knows Iran is a threat to Egypt as well to Israel and some of the Arab Gulf states, some of which may want to cozy up with Israel.

Move the embassy to Jerusalem

Now, what does Trump gain and what does he lose by moving the Embassy to Jerusalem?

The Arabs will scream, but so what? So what if the Palestinians scream? If Egypt can have an ambassador in Jerusalem, who gives a damn about the Palestinians who are really despised by the Arab world (including Saudi Arabia), rhetoric to the contrary notwithstanding.

Suppose Trump concocts a big deal between Israel and Egypt which is desperate for Israeli desalination technology etc. Also, Israel can neutralize the Muslim Brotherhood threat to Egypt – the main threat to al-Sisi besides abject poverty. Trump can facilitate quiet but solid ties between Egypt and Israel).

So the big obstacle (unsurprisingly) is Jerusalem.

But suppose Trump moves the Embassy to Jerusalem after making a fabulous but quiet deal with Egypt? Egypt is the key state in the Arab world, if only because of its al-Azhar seminary in Cairo.

Add up the pluses and minuses resulting from the US Embassy in Jerusalem. If Trump wants to make a fundamental change in the Middle East, that’s the only route to go. This would terminate US support of a Palestinian state—THE issue here during the past three decades.

Meanwhile, the above scenario requires the US to move its Sixth Fleet into the region to “trump” Iran. Egypt, headed by al-Sisi, can be a key player in this scenario.