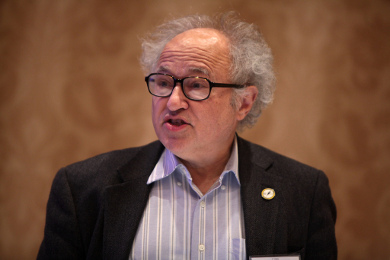 Daniel Kurtzer recently denounced Donald J. Trump’s choice of David Friedman as US Ambassador to Israel. A closer look at Daniel Kurtzer would give salient instruction and insight.

Daniel Kurtzer, US ambassador to Israel from 2001 to 2005, received his Ph.D. from Columbia University. Barack Obama also studied there. Like many universities, Columbia was a seedbed of moral relativism, where it fostered the anti-American “New Left.”

There, the doctrine of moral relativism deeply influenced – not to say corrupted – the mind of Daniel Kurtzer. His ostensibly Jewish religious education did not avail against this corruption. Hence, it is no wonder that Kurtzer denounced President-elect Donald Trump’s appointment of the religious right-wing attorney David Friedman as U.S. ambassador to Israel.

Kurtzer has not only advocated a Palestinian state with eastern Jerusalem as its capital. He also advocates a contiguous Palestinian state connected with Gaza, the effect of which would split Israel in two. How astonishing!

Kurtzer studied at Yeshiva University, where I once served as a visiting professor. I was amazed by the moral relativism some academics purveyed at that reputedly Orthodox religious institution. Hence I was not astonished that Kurtzer’s orthodox religious reputation had been corrupted by the doctrine of moral relativism. Such corruption is evident at other Israeli universities, as the intrepid Caroline Glick astutely observed. (See her Jerusalem Post article of December 26, 2003. Sadly, the Post no longer has this article in their archives. But you can still read excerpts here.)

Relativism, the mental disorder of democracy in its old-age, emasculates academics. Then many of them enter government and become friends with Israel’s sworn enemy, the Palestinians. These academics have earned the reputation of what Lenin called “useful idiots.” Hence, it’s no surprise that Kurtzer mindlessly criticized Donald Trump’s choice of right-wing attorney David Friedman as ambassador to Israel. Kudos for Mr. Trump.☼

Note: the featured image is of David Friedman, not Daniel Kurtzer. The former ambassador to Israel seems never to have had anyone at State take his official portrait. But Mr. Gage Skidmore took this shot of Friedman in 2015.

Whatever the people believe is true?