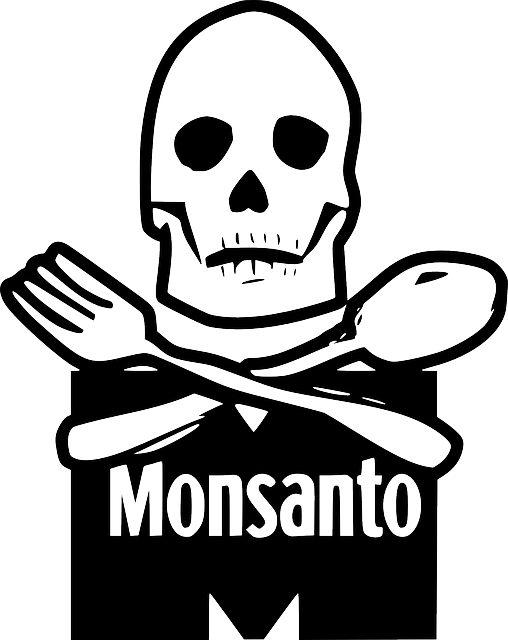 Yesterday CNAV analyzed the Natural News controversy. People still talk about the time Google de-listed Natural News from its results. They broke their own policies by doing so, and rolled back that action in six days.

But Natural News has always provoked controversy. Wikipedia’s current entry, and this BigThink essay, both accuse Mike Adams, head of Natural News, of endorsing murder. Specifically, they cite another essay by him. This appeared at the site SeedFreedom.in on 25 July 2014. Out of that essay, BigThink and others mined several quotes to suggest Adams solicited murder while “plausibly denying” it. Herewith a treatment of those quotes, and the essay itself, in their full context.

What the head of Natural News really said

Mike Adams was talking about Monsanto, and its development of herbicides on one hand, and Genetically Modified Organisms on the other. His detractors will no doubt invoke the ghost of Mike Godwin. In the pre-World Wide Web days, he coined Godwin’s Law:

As a Usenet discussion grows longer, the probability of a comparison involving Nazis or Hitler approaches one.

Godwin said once someone made such a comparison, others should stop talking to him.

Adams did compare Monsanto to I. G. Farben, the company whose executives collaborated with the Nazis. In his essay he offered many parallels to justify the metaphor. Some of his comparisons might seem harsh. But he did lay out evidence to back them up. Any reader here can follow the links and judge for himself.

But Adams also wrote, in bold print, of

the moral right and even the obligation of human beings everywhere to actively plan and carry out the killing of those engaged in heinous crimes against humanity.

For the record, in no way do I condone vigilante violence against anyone, and I believe every condemned criminal deserves a fair trial and a punishment that fits the crime. Do not misinterpret this article as any sort of call for violence, as I wholly disavow any such actions. I am a person who demands due process under the law for all those accused of crimes.

But what is the appropriate punishment for the criminal act of unleashing genetic pollution across our planet, contributing to mass crop failures, collapsing indigenous seed diversity, instigating widespread human starvation, suppressing scientific knowledge and dousing the world’s farmlands with the toxic chemical glyphosate? How do you even decide on a punishment that can fit the scale and magnitude of such a collection of crimes?

Put the quotes back into context

The detractors of Natural News have dropped the contexts for those remarks. Two kinds of context, internal and external, bear mention here.

On 7 October 2014, less than ninety days after Mike Adams wrote at Natural News and SeedFreedom.in, Mark Denicola at Collective Evolution wrote about “Monsanto’s Dirty Dozen.” They are:

Not one detractor of Natural News, except perhaps for a Monsanto executive, would defend all the items on this list. But the un-worthies at Wikipedia and BigThink don’t even talk about this history.

An anonymous essayist at Seattle Organic Restaurants gives this history of Monsanto. That essay likely came out during the Obama administration. In it, SOR thumps the Obama administration for having so many former Monsanto executives and other employees in its ranks. More to the point, the essay discusses everything Monsanto has involved itself in, in detail.

Herein lies the irony. Any of those detractors could have said the same things about Monsanto, and drawn praise, not scorn. But Mike Adams “ruined himself” with this crowd: he endorsed Donald J. Trump for President. That one fact blinds his detractors even to the betrayal, by Barack Obama, of everything they say they hold dear.

The internal context of any quote consists of the words one says or writes before and after it. The detractors of Natural News use a sloppy analysis to reach their conclusion.

The plot to kill Hitler

Take first the quote about moral rights and obligations. Before speaking of these, Mike Adams said:

Interestingly, just yesterday German President Joachim Gauck celebrated the lives of those brave Nazi officers who attempted to assassinate Adolf Hitler in 1944. Their attempted Wolfs Lair bombing failed. But it was an honorable attempt to rid the world of tremendous evil by killing one of the people responsible…

Just so. The Associated Press carried the story, too, and one can read it in The Daily Mail. That was what Mike Adams meant. Suppose an Adolf Hitler arose today. Suppose he commanded a machine of war and genocide. Would any person of good heart, hesitate to plot to kill him? (Him, her, doesn’t matter. A second Queen Jezebel of Israel or Queen Athaliah of Judah would deserve the same “sentence.”)

In examining the second Mike Adams quote, the detractors miss the mark completely. Read what he says before he condemns vigilante violence:

I see a day when Monsanto collaborators are tracked down, arrested and tried for their crimes against humanity in a court of law.

A court of law. Not a vigilance committee. Not a show tribunal. Mike Adams, and by extension Natural News, want a court of competent jurisdiction to try these matters. The Allies set up the Nuremberg War Crimes Tribunal for such a purpose after they won in Europe.

Mike Adams never calls for summary execution. His second paragraph (“But what is the appropriate punishment…?”) might support a death penalty for the originator of glyphosphate, to take the most egregious current example. More likely he supports penalties like:

Natural News did not endorse murder. Not on 25 July 2014, or any other time. They do accuse a certain transnational company of fraud and reckless endangerment on a grand scale. Mike Adams did say he wants a court of law to try and punish people for these crimes. He also seeks to prosecute others as accessories to those crimes.

But two things become clear from reading the entire essay, its sources, and other sources one can find easily:

One would do well to consider something else. Some of the same people accusing Mike Adams of endorsing murder, themselves endorse murder. Or at least they tolerate those who do. Haven’t you heard people shouting “Kill Trump! Kill Pence!” at a demonstration? What of those who say people of a certain generation need to die off to allow political progress? Do not such people directly endorse murder? If so, they would have no room to criticize another for endorsing murder, even if he did. Which Mike Adams did not.

Natural News and a travesty of journalism

Deception is regularly used tool of the “Progressives” and those who do not like their views and positions challenged by facts and fact based opinions. The article show how insidious deception can be if one does not pay attention.