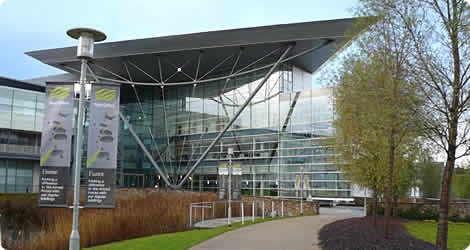 Obama, the humanitarian huckster-in-chief, weakened and politicized the United States Environmental Protection Agency (EPA) for eight years by presenting his crippling policies as altruistic when in fact they were designed for destruction. His legacy, the Leftist Democratic Party with its “resistance” movement, is the party of the Humanitarian Hoax attempting to destroy American democracy and replace it with socialism.

The Environmental Protection Agency (EPA) was established by executive order under President Richard Nixon in 1970 and then ratified in the House and Senate. The primary mission of the EPA was the protection of human health and the environment through writing and enforcing regulations based on laws passed by the US Congress. At that time in history the growing public awareness of environmental issues stimulated the creation of non-governmental environmental protection agencies as well. The most famous was Greenpeace which was created by environmental activists from Canada and the US.

Founding Greenpeace member Patrick Moore is now a vociferous critic of Greenpeace and its support for the unscientific politically motivated insistence upon man-made climate change. The extraordinary 6-minute video below is Dr. Moore’s testimony in front of the US Senate Committee on Environment and Public Works, Subcommittee on Oversight on February 25, 2014.

The video chronicles Moore’s environmental activism as a young man and member of Greenpeace 1971-1986 to his current unequivocal rejection of the pseudo-science being used to support the unsupportable claims of man-made global warming and climate change. Transcript of his testimony:

To understand why huckster-in-chief Obama insisted and continues to insist that climate change is man-made and the greatest threat to America it is necessary to understand the huckster and the hoax.

Obama was groomed by the globalist elite to bring “hope and change” to America but it was not the hope or change that most Americans understood those words to mean. Barack Obama is a globalist and ideologically a radical socialist tutored in Saul Alinsky’s 1971 “Rules for Radicals.” Alinsky’s “Rules” is the guidebook for social revolution and transforming a democratic America into a socialist state. Socialism with its cradle-to-grave government control is the necessary political structure before imposition of the globalist elite’s end-game of one-world government.

Barack Obama is a malignant narcissist whose self-aggrandizing personality made him the perfect puppet and most lawless president in US history. His stunning executive overreach was rivaled only by his greater crime of corrupting the impartiality of the US government by politicizing its agencies and using them to advance his personal political goals to weaken and destroy America. Barack Obama is a pawn of the globalist elites – the perfect con man.

The answer is found in understanding the nature of the hoax which has two parts. First, it is necessary to focus attention on the fabricated specter of catastrophic climate occurrences that will devastate the planet to deflect attention away from the actual threats to America from a nuclear Iran, the spread of Islamic terrorism, and the economic instability of a an unsustainable trade deficit.

Second, Obama’s long term plan of an internationalized globalized world requires the de-industrialization of America. His crippling energy restrictions were designed to weaken America’s defenses by destroying America’s energy industry, making us more dependent on foreign energy, and increasing our trade deficit to unsustainable levels. Obama actively supported the punitive anti-American Paris Climate Agreement deceitfully presented as the premier humanitarian effort to save the planet from catastrophic climate change. Obama disguised his crippling rules and regulations to destroy US energy as altruism and a humanitarian concern for the planet.

In a laughable outburst Big Footprint former Vice President Al Gore attacked President Donald Trump accusing him of “tearing down America’s standing in the world” by withdrawing from the Paris climate accord. Only in the eyes of a deceitful globalist can withdrawing from an anti-American agreement be considered destructive. Gore actually said with a straight face on NBC’s Today Show, “The climate crisis is by far the most serious challenge we face.” Al Gore’s “Inconvenient Truth” is in fact a very “Convenient Lie.”

One-world government is the goal and the underlying motive of the campaign to destroy America from within. American democracy is the single greatest existential threat to one-world government and President Donald Trump is America’s leader. The globalist elite are desperate to stop Trump because if Obama is exposed as a con man it leaves them without their primetime huckster to continue marching America toward anarchy and social chaos with his “resistance” movement. The globalist elites who fund the leftist humanitarian hucksters are using them as useful idiots to facilitate the great Humanitarian Hoax of climate change worldwide that will create the overwhelming social chaos necessary to internationalize the police force and impose their own special brand of a new world order.

Who is using whom?

Obama and his left-wing liberal lemmings are too arrogant to understand that they are being used as puppets by the globalist elite who have an end game of their own. If the globalist elite are successful in their efforts to weaken America and collapse the economy through an unsustainable trade deficit, overthrow the US government of President Donald Trump, and transform America into socialism the next step is globalist conquest and the imposition of one-world government.

After 241 years of American freedom the world will be returned to the dystopian existence of masters and slaves because a willfully blind American public was seduced by the Humanitarian Hoax of climate change – the “Inconvenient Truth” told by leftist humanitarian hucksters promising to save the planet. The Humanitarian Hoax will have succeeded in killing America with kindness and a “Convenient Lie.”

Editor’s Note: this is the fourth in the Humanitarian Hoax series. See the first, second and third installments. See also this essay, first in a series, by Timothy Ball, PhD. In February he cornered Michael Mann into an act tantamount to contempt of court. To wit: Mann refuses to show the data that led him to build the Hockey Stick. See also this report of a dispute involving allegations of moss growing in Antarctica.

The Riddle of Climate Change | Conservative News and Views

[…] titled, “The Humanitarian Hoax of Climate Change: Killing America With Kindness” (see also here) I explain how the original mission of environmental groups like Greenpeace was abandoned in […]

[…] The first, The Humanitarian Hoax of Climate Change, introduces the purpose of the con. (See also here.) […]