Gee, interesting how illegal immigration, drugs, crime, taking over neighborhoods, brutality to the citizenry, are afflicting both Israel and America, right now. And, in both these countries, the “politically correct” political class and judiciary are protecting the illegals, while they terrorize legal citizens. This problem has metastasized for years, uncontrolled. And again, in both countries, the Left is working hard to help them stay.

Why do some people, why does the Left, care about law-breaking foreigners more than their own fellow Israelis and Americans?

I think it comes from those on the Left, who believe they’ve captured the moral high-ground, heck, they think they own it, or at least that’s how they often present themselves to others. Yet their moral compasses seem to be way off, they’re lost in the forest, in the dark of night, with their eyes shut. Dazed and confused, the Left in Israel and America have wandered from issue to issue for decades, looking for ways to destroy their own country. Now they’ve found illegal criminal elements to support.

In Israel, because of the outcry of suffering Israelis in South Tel Aviv, the government has finally begun to take the problems seriously. They have begun looking into ways to help them, and to deport the criminal illegals, mostly economic migrants from Africa, next door.

Netanyahu recently visited South Tel Aviv together with ministers Gilad Erdan, Miri Regev and MK Amir Ohana. Describing his visit Netanyahu said, “I went up with 72-year-old Sofia six floors to her apartment. The entire building except for her and one other resident, if I’m not mistaken, is occupied by illegal migrants.”

Netanyahu declared, “The filth in the street is one thing, but the fact that she can only leave her tiny apartment near the roof…once a day with an escort [because of the danger], she can’t descend without an escort, and then ascend [again] with difficulty, this is totally intolerable.”

“I emphasize…these are not refugees, only a tiny proportion are refugees, these are illegal infiltrators in search of work in the state of Israel and we have the right like any country to supervise our borders and to remove from our borders anyone who is present here illegally,” added Netanyahu. The government has stepped up attempts to deport the illegals.

But Israel’s Supreme Court doesn’t agree. The justices ruled that since the policy of deportations are voluntary, infiltrators who refuse to be deported to a third country, cannot be imprisoned for their refusal, taking away the government’s leverage. In other words, they can’t be deported against their will.

MK Nurit Koren (Likud), member of the Knesset Judicial Selection Committee, later complained about the Supreme Court decision, calling it “a very bad decision.” “Unfortunately, the Supreme Court justices preferred the human rights of the infiltrators who came to find work here over the citizens of the State of Israel,” and she added, “There is also a security problem, because most of them are Muslims, economic and social problems, and crime. The Supreme Court has thrown the citizens of the State of Israel to the dogs, blatantly trampled on the government and taken away any means of deterrence against infiltrators.”

It has been reported before, that some of these illegals have expressed support for ISIS, the Palestinians, and in general, anti-Semitism.

Koren stressed that there are “More than 50,000 infiltrators are walking around here, and we have to remove them. It cannot be that our country absorbs infiltrators who can endanger us. We will submit a bill during the next Knesset session to remove infiltrators and to restore deterrence to the State of Israel, so that they say that it’s not good for them here, and leave the country.” Israel is struggling to gain control over it’s borders and the foreign, sometimes enemy population within them.

And so is America… 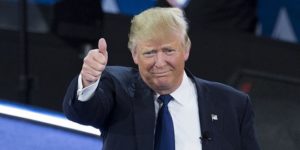 In America, President Trump has made illegal immigration, mostly from Mexico, a cornerstone of his domestic policy. US Attorney General Jeff Sessions recently rescinded the Deferred Action for Childhood Arrivals program or DACA, an amnesty program for children brought into the country illegally. Sessions explained that the policy was an “unconstitutional exercise of authority” by the Obama administration, created by executive order in June 2012, while it should have been submitted for Congressional authorization. There will be an “orderly, lawful wind-down,” Sessions said.

The program protects approximately 800,000 illegal immigrants who arrived in the US as children from being deported. The Trump administration has decided to limit DACA to another six months, to allow Congress to legislatively solve the problem. Trump wants comprehensive immigration reform. The action could lead to the deportation of those illegals, known as “Dreamers,” (because it gave them the opportunity to live the “American Dream”), if Congress does not decide to preserve the program.

Several US states then announced that they would file a lawsuit against Trump’s decision. Democratic State Attorney Generals in California, New York, Washington and Massachusetts said they would sue to defend the Obama-era policy. And, one immigrant group, the National Immigration Law Center, has already filed court papers seeking to block the Trump administration’s action by amending an existing lawsuit pending in New York. Many leftist business leaders such as Facebook’s Mark Zuckerberg and Microsoft president Brad Smith have also criticized the decision.

The travel ban all over again

This sure seems reminiscent of Trumps’ attempted travel ban, on people from Iran, Iraq, Libya, Somalia, Sudan, Syria and Yemen – all states with high incidents of warfare and terror, or terror supporting – from entering the US, for 90 days, soon after being inaugurated in January 2017. Which was quickly challenged by the ACLU, and various refugee rights groups, who ran to file lawsuits against the order. Protests and calls of ‘racism’ could be heard throughout the Left in America. The order was partially blocked by several district court judges, in cases around America. Later, a lower court decision was upheld in an appeals court proceeding. But finally the US Supreme Court partially accepted the Trump order with a compromise decision.

Israel built a security fence on the border with Gaza, to prevent Hamas terrorists from infiltrating into Israel, which has been quite successful. Israel has also been somewhat successful in minimizing illegals from infiltrating from Sinai. But there’s still the problem of those already in Israel.

During Trump’s presidential campaign, he referred to the success of the “Israeli Wall,” or security fence, to control the border, and promised to build a wall along the American border with Mexico, to keep out illegal immigrants, including many drug traffickers, and other criminals. But what about those already in America?

The Left in America has repeatedly accused Trump of racism, just as the Israeli Left has accused Netanyahu and the Right. As I said at the time of Trump’s executive order, “It’s not about racism, it’s about security stupid!” And, that’s the same problem facing Israel, with African Muslim infiltrators also.

This problem of infiltrators has wrecked havoc on many countries in Europe also.

For example, during the recent terrorist attacks in Barcelona; Fox News showed recent footage of hundreds of illegal African/Arab immigrants from North Africa, landing rubber boats on the Spanish sea shore, in a well coordinated invasion, while Spanish beach goers looked on, the infiltrators ran up the beach and into the countryside, to disappear into Spain. How many were Jihadis? How many were ISIS supporters? How many will join the North African criminal gangs plaguing Spain already? And, how many will move up into other European cities, joining those gangs or Jihadis? Add to that, the problem of Syrian and other Middle Eastern refugees, who knows how many Jihadis have infiltrated Europe.

The world seems to be at a crossroad in its development, globalization and modern transportation, has brought enemy populations into everyone’s backyard. Many cities around Europe, have neighborhoods controlled by Muslims, where even the police are afraid to go. Then there’s South Tel Aviv. And even America has neighborhoods controlled by criminal gangs where many of the members are illegal foreigners.

The western world is dividing between Globalists, “world citizens,” who support open borders, and Nationalists who still support nation-state rights, want to put their own citizens first, to control their borders and future.

The Left in Israel, in America, and in Europe, sides with the globalists – caring more for other people than those in their own respective countries – and with Islamists. I believe it’s part of their long term strategy to destroy the West. I’ve been amazed for years at how the extreme Left, radical feminists, the LGBT community, and Radical Muslims are such good friends, in bed together. Politics makes strange bedfellows as the saying goes. Such contradictions, yet they all work together against America, Europe, the West, and the “Zionist Entity”.

The rise of the populist right, or what I call pro-security parties generally, Trump’s victory, the victory for the Brexit forces in the UK, and Netanyahu’s government in Israel, are all examples of the natural outcome, of all the negative consequences of globalization, open borders, illegal infiltration, Jihadist Islam on the march (like Hamas in Israel), and plain old criminal activity like drugs, mugging, rape, murder, and prostitution.

No wonder why so many people are turning to nationalist or pro-security parties around the western world. The next decade or so, will be decisive. Unless North Korea ignites WWIII first, then all bets are off!