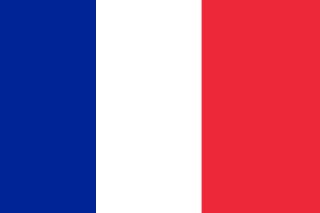 Hello, this is Darrell Castle with today’s Castle Report.  Today is Friday, October 20, 2017, and on today’s Report we journey back to the old Continent of Europe to look at the nation of France, and examine a new law recently passed, supposedly to help the French deal with terrorism.  This new law actually had its origin in the attacks of November 2015, which killed more than 130 people in what is commonly known as the Charlie Hebdo attacks.

Since that day, France has been under an official state of emergency, which is a heightened security measures regime that was described as “temporary” when it was declared but is still in effect.  This state of emergency gives local police and local administrative authorities heightened powers to arrest and detain suspects without judicial oversight.  We’ll get back to this in a minute but for now just know that the “heightened security measures” empowers local police to deprive people of basic liberty without recourse to the courts, so no impartial observer to render judgment.

France doesn’t have a written constitution that enshrines liberty in a written document as we do in America.  French rights are written in laws passed by a Parliament and a Senate, and they are also included in tradition handed down from at least the French Revolution in 1789.  When the people feel threatened and powerless they will demand protection from their government, which is always right there to provide it.  Sometimes the government even provides the reason for the peoples’ insecurity in the first place.

Emergency measures have not worked

Since the Charlie Hebdo attacks, terrorism has not abated due to the state of emergency but instead, has gotten worse.  A total of 239 lives have been lost to terrorism including and after those attacks.  Just a couple of weeks ago there was an attack in Marseille where a Muslim shouting Allahu Akbar stabbed two women to death.  That French city is 40% Muslim and now the most dangerous city in Europe.  The attacks increase in intensity and in number, and once again the French people demand protection.  France’s new Prime Minister, Emmanuel Macron, proposed a new law, which would make the state of emergency permanent and would include some new passages, but he also left out a few things.

Some things to keep in mind are that this new law is the product of a French left government, not a right-wing one.  Big Brother it seems is a leftist, at least in France.  This act is being enacted as a response to terrorism just as was the American Patriot Act that was adopted after 9/11.  Now let’s look at some of the things included in the new act as well as some things omitted.

Perimeters of protection are established around public events, which negate ordinary civil liberties.  These perimeters apply to any public event including rallies, protests, sporting events, concerts, etc., and they extend to a month in advance of the event.  The perimeter extends 20 miles around transportation centers such as ports and airports, as well as the public venue itself.  I.D. control, which means arrest without charge, is allowed for up to 12 hours, and without access to the courts.  This means that a person may be held by local police for 12 hours before being charged, for any reason deemed necessary.  The chief of police in each local area has the power unto himself without judicial monitoring.

People may be placed in house arrest and confined in an area of exclusion from which they can’t leave.  The exclusion area is like a small area in a town or province.  The arrestee must wear an ankle monitor so this is in effect, sentence to a Ghetto.  All “suspected” persons must give police their passwords and other computer security measures.  Police have what’s called “visits and referrals”, which allow them to show up at your house and take things like computers but they can only do that between 6AM and 9PM.

The police can deem anyone a threat to public order and make him subject to the confinement provisions.  These are some of the provisions included in the new law which, according to polls, 57% of French people want.  So the French demand security but not border security.  Now let’s look at some of the things the law does not include.

There is no anti-Muslim language in the law, and nothing pointing the blame for terrorism at them although all attacks have been by Muslims.  Muslims can’t be kicked out of the country for terrorism, only jailed, where they are subject to the teaching of Wahabi clerics and radicalized further.  This leads me to believe that defense and protection of French people and French nation are not the real goals, or at least not the only goals.

Let’s try to form a picture of what this is all about.  Everything is being done to corral the French people and turn the country into a police state but nothing is done about the completely open border.  Emmanuel Macron is the big winner because he is protecting France.  Importing Muslim terrorists into France is a broader strategy to replace those who want the French nation and French culture to continue with those more acceptable to the new globalist world.

Ostensibly, this law is directed at Muslims but it can and will be applied across the board.  The interesting thing is that this is not paranoia because there really is a serious threat.  Muslims already admitted are a serious threat and the borders are open but the power élite see the threat as coming from those who want their nation to continue.  The editorial pages of the New York Times and Washington Post confirm that virtually every week.  Emmanuel Macron, elected with very little political experience, is heavily indebted to the Elite of the European Union, especially the banking interests, and he is simply furthering their goals of a global world without sovereign nation states.

Power is a corrupting influence.  I’ve said many times that it corrupts the mind and the morals.  Harvey Weinstein would be a good example of one who was corrupted by the power he held over people’s lives.  Let’s look now at the reason for some of Macron’s fear of what is coming to France and the European Union countries, and what will probably be coming to the United States very soon.

ISIS down but not out

Donald Trump campaigned on a promise that he would destroy ISIS and he is currently living up to that promise at least militarily.  Russian, Iranian and U.S. supported fighters have ISIS on the run across Syria, and wherever they can be found in the Middle East.  The old ISIS headquarters of Raqqa just fell to US backed fighters and many ISIS fighters are surrendering to avoid what they see coming.

Trump has apparently spread the word around the world that the salad days for ISIS are over.  He has attacked their money supply, and their intelligence networks through cyber attacks, etc.  The CIA funding and training bases for their fighters have been closed.  ISIS the idea lives on, however.  The idea of a worldwide Caliphate lives on.  The ISIS fighters defeated on the battlefield of the Middle East are Emmanuel Macron’s worst nightmare because they are pouring into France and other old Europe countries to continue the war there.

Many thousands of ISIS terrorists have French papers and are just coming home.  France, completely powerless to respond due to EU, and French politicians and bureaucrats can do nothing but put walls around its monuments, not its borders, and turn the country into a police state.

The true threat and the false

Perhaps we can talk more about this ISIS Diaspora in the coming weeks but for now let me close this out by saying that ISIS the idea must be destroyed, but the élite in France as well as the United States want to argue that home-grown extremists are the only true threat.  They are a threat, I suppose, to the globalist ideas and plans of the élite but certainly not to America or France.

Finally, the élite use Muslims for their own ends.  The élite import them, they act, the people demand protection and they get it.

The Clinton family and Trump’s appointees