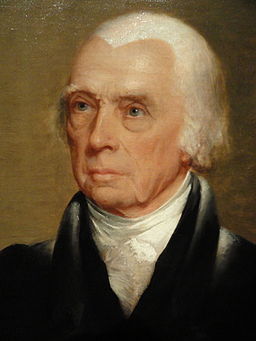 James Madison, the father of the American Constitution, held that separation of religion and politics would purify religion and remove a bitter source of conflict in politics.

Separation of religion and politics – what hath it really wrought?

Whether separation purified religion in America may be left open. It certainly did not improve politics or elevate public life. America today is steeped in moral decay. Violence and drug addiction are widespread. Loveless sex and abortion abound, as may be said of broken homes and mental disorders. Meanwhile, obscenity and pornography flourish, and religion is assaulted by crude atheism.

The causes of this moral decay are many, but none is more fundamental and more ignored than the exalted values of democracy: freedom and equality. Only the blind fail to see that the more democratic you make this regime, the worse it becomes. If you didn’t learn this from Aristotle, the father of political science, you will never learn it from the political and other social scientists that dominate academia.

Something rotten in Israel, too

The rot that pollutes America is quite evident in the mentality of Israel’s political and judicial elites. This means, and can only mean, that an insidious pollutant exists in Israel’s educational institutions.

There are fools and moral cowards in this country that pontificate against “religious coercion.” Was not the expulsion of those 10,000 Jews a manifestation of “secular coercion,” indeed, an unspeakable crime?

Why did the religious parties permit this?

What makes this crime all the more dreadful is that it required the complicity of Israel’s religious parties. No one can seriously argue that the religious parties have elevated the moral level of Israeli politics. Their wheeling and dealing with their secular counterparts before, during, and after elections magnifies the cynical attitude many secular Jews evince toward religion.

It can be argued, of course, that the religious parties preserve Israel as a Jewish state, and to be fair, they do secure public funds for Jewish education. They oppose civil marriages and other laws endangering the integrity of the Jewish family and Jewish national identity. It may nonetheless be argued that Israel would be better off religiously if religion were separated from politics.

After all, politics involves bargaining, sometimes rather shoddy. This we expect from political leaders and let it go at that. But we want something more from religious leaders. We expect them to set an example of intellectual integrity and selfless devotion to Torah values. And if they have to compromise, it should not be at the expense basic principles: they should not play fast and loose with Halacha, for this can only distance secularists from the beauty of Jewish law.

A religious party may counter: “Israel can’t be preserved as a Jewish state if the social and economic relations of its citizens are governed by non-Jewish law.” This was understood by secular Zionists in the pre-state period. They recognized that a Jewish state must be governed by Jewish law. As early as 1909, the Israel office of the Zionist Organization declared:

Our law is one of the most valuable assets of our national culture, and a unifying force [among Jews] throughout the world. The Jewish people have developed and maintained a remarkable system of law, whose foundations were laid at the dawn of our national existence; hundreds of generations have toiled over it, perfected it, and adorned it, and even today it retains the powers to renew its youth and to develop in a manner appropriate to the outlook of our time. During the thousands of years of the existence of our nation, this law was influenced by many material and spiritual factors. It absorbed religious and ethical concepts; it reflected cultural, economic, and social values; and it can still faithfully reflect the life of the people throughout the future.

The present writer therefore contends that one cannot separate religion and politics without undermining the Jewish essence of the State. Separation may purify religion, but it will not purify politics. But what am I saying? If the key purpose of religion is to sanctify God, then religion and politics have always been separated in Israel!☼