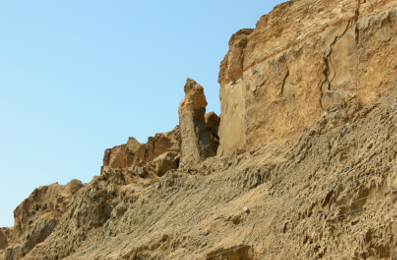 Why did God arrange the liberation of the Children of Israel from Egypt in the seemingly impossible manner described in the book of Exodus? Why did He orchestrate this exodus of hundreds of thousands of Jews led by a person described as “the humblest man on earth”?

Moses was not a general or an experienced statesman. As is evident from the role of Yitro, Moses had not displayed skills required to organize the departure of a multitude of human beings comprising the twelve not entirely harmonious tribes of Israel.

Moses was not an orator, and he does not seem to have had the military experience required to organize and safeguard the exodus of such a mixed multitude. No wonder he repeatedly declined the job of leading this massive conglomeration of Jews, which included old men, women, and children. Besides, how could such a multitude cross the Red Sea without being slaughtered by pursuing Egyptian forces – a multitude thereafter confronted with the impossible task of crossing a barren desert without sufficient provisions? This was an impossible task which only miracles could make possible.

We all know the explanation of those miracles: God wanted the Children of Israel to learn, in a most dramatic and unforgettable way, that they are His Chosen People, that He alone is their savior. The incredible experience of the Exodus was a teaching stamped on their minds and memory: the God of Israel is the ruler of nature; He alone is the master of peace and war—the “ish milchama” referred to in awe and gratitude in the Song of Moses extolling how the Jews walked in safety between the walls of the divided Sea and saw how its walls subsequently closed and drowned the wicked Egyptian pursuers.

Notice, too, that having experienced this liberation from slavery, unparalleled in history, the Jews would forever exalt, not Moses, whose name does not even appear in the Passover Book commemorating that marvelous event, but only God, Who alone orchestrated their liberation and salvation.

Another miracle for Israel today?

Dare we speculate that something comparable to this miracle is awaiting the people of Israel vis-à-vis their Iranian enemies?

Israel’s present leader is anything but a humble (anav) Jew. Unlike Moses, he is not a man of God, a man inspired by supernal wisdom. On the contrary, he has ever been a politician animated by the all-too-human desire for power. Also notable is this: unlike Moses, he is not only an eloquent speaker, but he also seems to believe that Israel’s salvation depends very much on his oratory, the one talent to which he owes his reputation as a statesman.

Perhaps his not being a man of God, but only a politician preoccupied with commonplace aspirations, such as security, spares him the challenge of attacking the Pharaoh of Iran who has vowed to wipe Israel off the map? Unlike Moses, whose people were unarmed, Israel now has a leader with powerful military forces, enough to destroy the enemy’s war-making facilities and thus make himself a hero?

What will save a divided people?

On the other hand, perhaps God has a different scenario for saving the Jewish people? This is a divided people steeped in skepticism and their leaders are animated by nothing nobler than national security, or who want nothing more than a “place among the nations”?

Despite this pedestrian ambition, Israel today is threatened by nuclear as well as by chemical and biological weapons of mass destruction—the most horrifying forces of Nature. And several nations, whether activated by religious animosity or paltry envy, would not regret Israel’s demise.

In this momentous juncture of history Israel will not be saved by politics or by any eloquent politician— certainly not by one whose self-restraint is rooted not in humility (anava) but in fear of war.

Threats to Israel then and now

In the crossing of the Sea, the Song of Moses teaches us that God is the master of war (Ish milchama). That Song climaxed the plagues that bombed Egypt during the Exodus—ten plagues which struck the Egyptian but not the Israelites. Ten more miracles! Certain rabbis teach us that Israel’s final redemption will involve miracles greater than those of the Exodus!

Can it be that the Jews and mankind will again behold miracles vividly illustrating that God is the master of Nature as well as of History? Will God again be recognized as the master of War and Peace? Just as the plagues that struck the Egyptians did not strike the Jews, can it be that any Iranian missiles having Israel as their target will not harm the Jews but will be deadly to the Iranians!

Editor’s Note: see also Ezekiel chh. 38-39. Those chapters describe a Russo-Arab-Iranian alliance against Israel. They launch an attack that ends in total disaster—for the attackers. For instance, Ezekiel predicts enemy losses of 83 percent in effectives and 100 percent in matériel. Furthermore, body-disposal teams will compete with the black vultures (Gyps fulvus) native to the region for disposition of enemy dead.

President v. FISA – and the left

Europe to Eurabia, Israel to Israbia