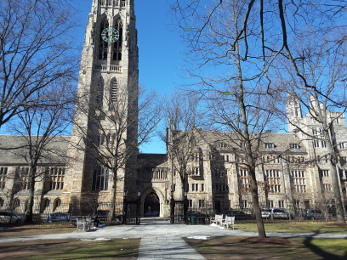 Why do highly educated people support the Democratic Party and other leftist parties? Why has college become, for most students, a farm system for neophyte leftist politicians?

First, college education, all too often, includes indoctrination into the precepts of Marx’ Communist Manifesto, Das Kapital, etc. Students actually come to believe that stealing from some for the unearned, unpaid benefit of others is acceptable public policy, and that “enlightened governors” have the inherent ability to know better than the ordinary citizen—read subject—how to spend his money.

Indeed college students come to think there’s something messy about capitalism and free markets. Better to plan what resources to take, how to take them, and have everybody repair to the community cafeteria and take their assigned rooms at the end of the day. The military does things that way; why can’t we do it in civilian life?

(Adam Smith suffered from a lack of imagination. By allowing for public works he allowed in the entering wedge to those who asked, “Why not make everything a public work?”) 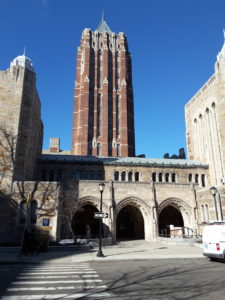 The Hall of Graduate Studies at Yale University. From college to grad school could be the most common progression. Photo: CNAV

Second, college is a bubble existence. You go to college, and quite often your parents (or some scholarship fund) pays your tuition and all your fees. So for four years, you are sitting pretty. Comes your senior year, and you face the prospect of leaving. But you don’t want to leave. So you apply to graduate or professional school, and if you’re really lucky, you can actually still “room in.” And you look forward to getting the cushy job in Civil Service. Along the line you ask, “Why can’t every job be civil service?”

Because in truth, applying for a job is just as messy as is the free market. Chances are you’re convinced that boss who gives orders to the flunky reviewing your application, shouldn’t even be there. As it is, you have to make somebody like you. And if they ever got wind of the radical new ideas you learned at the university…! Ho-ho! Murder! 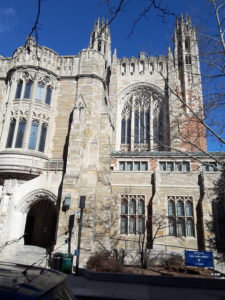 The law is a quite possible exception to this rule. You go into law, determined to go out and defend the poor man just trying to get his own back. Like Actors Robert Foxworth, Sheila Larken, and David Arkin in a one-season wonder titled The Storefront Lawyers (1969–70). Or like any of a number of leftist lawyers in the movies. Or in real life. Because someone offers you a job in a law firm connected to the Democratic Party. Now you’re on the fast track actually to changing the laws to do away with those messy markets and that messy job-application process, and inaugurate a system that maps out a person’s future from the cradle to the grave.

And of course, somewhere along the line, you decide that God doesn’t exist and never existed. You can’t see Him, you can’t touch Him, and you don’t see Him touching you or anyone or anything on earth. And so when someone offers you a comfortable explanation about “deep time” and “billions of years of evolution,” you say, “Why didn’t I think of that?” And when someone (like me) points out the inconsistencies in the fossil record—the “missing links” that stay missing, the polystrate fossils, the out-of-place fossils, and even out-of-place artifacts—you say, “Well, I wasn’t there, and neither were you; somebody made an error in a radiometric date, or somebody deliberately planted an artifact just to throw the real scientists off track. Most of the scientists agree,…” etc., etc.

“For the good of mankind”

That’s why “highly educated people” support the Democratic Party. Because you see, they don’t really get the education that will serve them well in a free marketplace, whether of goods, services, or ideas. Instead they get an induction into a conspiracy to do away with those messy markets and plan everything “for the good of mankind.”

Or maybe they watch too much of a franchise titled Star Trek, with its “replicators” that can produce a complete meal, plates and all, or even whatever toy you desire to play with at the moment. (To say nothing of “industrial replicators” that could take the place of factories on a formerly war-torn world.) Never mind that according to the very canon of that franchise, humanity stole that technology from another race that built a trap for the unwary, a trap the thieves somehow managed to disarm or at least escape. Never mind that someone has to keep those “replicators” working. Who decides who gets that scut detail, outside of a ship of the Fleet or a military installation? The canon never says. What happens if the “replicator engineers” go on strike? The canon never told that story, either.

In fact, the Star Trek canon almost never told a story about civilian life. When it did, as often as not, the story showed that same “messy” preoccupation with acquiring personal wealth. Who did that family on a planet named Trill think they were, to think they knew better than the Enlightened about whether to build a factory and how to run it? This family were the villains in that piece. That should surprise no one. 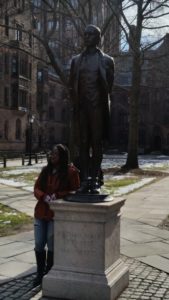 And of course no one at college tells them why communism can never work. No one tells too much about the Soviet Union. That country had the longest time to achieve that “True Communism” that Star Trek depicts (however imperfectly). Yet it collapsed of its own bureaucratic weight. The Chinese decided to fudge communism by admitting some of those “messy” markets to their system. And the DPRK? The people starve while the Dear Leader lives high. Isn’t that what the “highly educated” people said was wrong with capitalism as they know it? But no one points out to them the monumental inconsistency. Instead they make excuses. “They’re trying hard. Don’t you understand?”

Oh, yes. I understand. But these “highly educated” people do not. Nor will they, unless and until they decide on their own to judge what they “learn” in the harsh light of reality and actual history. College will actually discourage such a critique—unless they go to a college that teaches critical thinking.

What Israel needs to broadcast