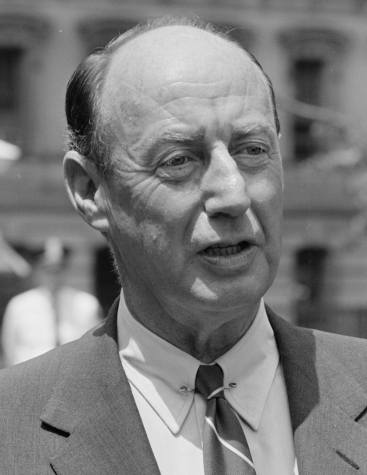 Conservatives wish to choose for themselves how, and for what, to live. Liberals, in the United States today, wish to take from those who have most (actually, not most, but merely more). They then wish to distribute their takings to those who have less. But actually, not to all. Instead, they dole it out to those demographics whom they can reliably predict will vote for them on that account.

The John Kenneth Galbraith Imperative (“Comfort the afflicted and afflict the comfortable”) is theoretical only. It relies on some of the pronouncements liberals state. But notice: many of those same liberals, and certainly the most prominent among them, actually have the most. George Soros springs to mind, as do Bill and Melinda Gates and, more recently, Barack and Michelle Obama. For decades your editor actually had the CEO of the Arizona Tea Company for a neighbor. He had an estate with a wall around it. And he is a liberal.

Now consider all those examples. Not one among them has ever stood ready to distribute any of their wealth to those having less than they. In the United States today, liberal means generous with other people’s money.

Oh, the Bill and Melinda Gates Foundation? Does it ever sponsor anything that would take the place of AFDC or WIC or any such program as that? No. Instead they spend money to support political causes, all of which lead to a society that “levels” wealth. (Or at least it pretends to). And George Soros has made himself notorious for activities that cross the line from political advocacy to subversion. (That might be why Gospodin Vladimir Putin has issued a warrant for his arrest. Should Soros so much as set foot in Russia, authorities will execute that warrant.) Before that, he made a lot of money in currency arbitrage in Eastern Europe. Before that he sold some of his fellow Jews down the river to the Nazis during the Second World War.

In sharp contrast, Donald J. Trump has often spared some of the income from his own wealth. He has done this to help out certain individuals, or groups, in trouble. Before becoming President, he often completes stalled public works at his own expense. The Wollman Ice Rink in Central Park brought him to the public’s attention decades ago. Before then, no one outside his immediate friends, relatives and associates even heard of him. Then came the battle of the Wollman Rink. Trump rebuilt the rink himself after waiting in vain for the City to renovate it as they promised.

Came a time after Operation Desert Storm when some of our troops couldn’t get flights home. Trump laid on special flights from Trump Shuttle to bring them home. Today some doubt remains whether Trump acted out of generosity or simple self interest. By some accounts he needed money, and fast, to cut some disastrous losses at Trump Shuttle. But no doubt remains that Trump made the deal when the bureaucrats couldn’t make up their minds what to do.

By now most have forgotten Hurricane Irma, which struck Florida and several Caribbean islands in the winter of 2017. But records survive of this indicator of the “compassionate” attitude of liberals. Many of them prayed to a God they never respected before, that Hurricane Irma would destroy Donald Trump’s properties in Florida and the Caribbean. This did not happen.

One will find three types of liberals. Some have the wealth and refuse to lead by example. Others can talk a great deal about what they would do with their wealth. But they know they themselves have no wealth to distribute in such a way as would make any difference.

Then one sees that rare type who actually will lead by example. Usually it’s a small example because those people haven’t the wealth to set a big example. But now consider Ed Begley, Jr., and his family. They have become showcases of setting an example to a proposition they support.

But such people are hard to find. Instead one sees “limousine liberals” and their followers. Their followers who say, “But how can you expect us to support these people when we can barely support ourselves?” And for the followers, that’s true. They at least have the excuse. The limousine liberals themselves, do not.

Going Totally Third World As Punishment For Past Sins