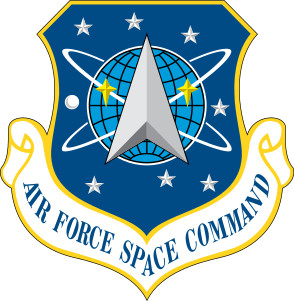 Yesterday (June 18, 2018) President Donald J. Trump announced his decision: the United States needs a Space Force. By that he meant more than a handful of military units, perhaps all Air Force, or with some Navy personnel. The Astronaut Office of NASA already fits that bill. But President Trump clearly called for something much further-reaching. His remarks clearly suggest he wants a sixth uniformed military service. The new United States Space Force would have its own seat in the Joint Chiefs of Staff. It would therefore extend the reach of the U.S. military into space. Suddenly every American mission into space would take on new meaning.

The Space Force as Trump announced it

President Trump announced the new Space Force at a meeting of the National Space Council. CNBC, The New York Times, and Fox News Channel all covered it.

“We are going to have a space force,” said the President. “An Air Force and a Space Force. Separate, but equal.”

More broadly, Trump spoke of “reclaiming America’s heritage” as a spacefaring nation-state. He also said America must seek not a mere presence in space, but dominance.

After the President spoke, the Defense Department’s spokeswoman, Dana W. White, said this:

We understand the president’s guidance, Our policy board will begin working on this issue, which has implications for intelligence operations for the Air Force, Army, Marines and Navy. Working with Congress, this will be a deliberate process with a great deal of input from multiple stakeholders.

All this can mean only one thing: Trump intends to expand the current American military presence in space.

America already does have a military presence in space: the Space Command of the United States Air Force. But Trump wants more. Clearly he wants to imitate—and match—counterparts to the new service in Russia and China. Such a service would have a Chief of Staff who would sit with the Joint Chiefs of Staff. The commandant of the present Space Command has no seat at this table. The Commandant of Marines has such a seat. Under Trump’s plan, the head of the Space Force would win that honor. Rank structure would at first copy that of the Air Force. (“Spaceman” would replace “airman,” but technical and master sergeants would keep their present rank names.)

The Space Force would inherit the hardware of the Space Command: satellites, tracking stations, and the like. At first, combat in space would involve only missiles and orbiting drones. No one—so far—is talking about developing rocket fighters, a staple of the Star Wars franchise. The first such fighters would still “fight” under ground control.

Might the Space Force decide to build massive space-to-space ships? One person started a group to explore that concept. The site last saw a significant update four years ago. But if the Space Force went that route, its rank structure might change. Naval deck ranks and “ratings” would become more appropriate. (One wag suggested the new service would take the name “Starfleet.”) But even the proponent of “building the Enterprise” acknowledged the prohibitive cost of such a venture. Two trillion dollars over twenty years would barely pay for research, development, and construction. The U.S. government already owes about $20 trillion.

Why a Space Force?

Today Trump released this statement explaining why. In addition, Tom O’Connor at Newsweek gave a surprising rationale in view of Newsweek’s political bias.

The rationale, simply, is this: Russia and China each already have a Space Force. The Chinese have a special case; they have a fully unified military. (Their Navy equivalent has the name People’s Liberation Army Navy, for instance.) But the Russian Federation built a separate Space Force. In fact they did it twice. They did it the second time after their Air Force subsumed the original Space Force.

So what do the Russians and Chinese do in space? Generals and admirals (or Sky Marshals, as the British might call them) don’t plan on what the enemy now does. They plan for what a potential enemy could do. Such an enemy could jam our satellites, or knock them out of the sky. The Chinese might be planning that very thing. Why else are they building a navy in space? Without satellites, we don’t do half of what we now do—in civilian life or even in war.

More than half a century ago, the United States began Project Mercury to counter a worse potential threat. American generals and politicians foresaw low-earth-orbit strategic bombers. The successful launch of Sputnik and the first Cosmonauts prompted Project Mercury. Only the first nuclear test-ban treaty with the Soviet Union calmed everyone’s fears. Would Nikita S. Khrushchev have signed that treaty without Project Mercury? Most probably not.

Can the Space Command handle satellite protection now? Some generals doubt it. Even if they can, granting them their own seat at the JCS conference table might raise their profile in a critical way.

Earlier this year, President Trump “moved the Embassy” in Israel from Tel Aviv to Jerusalem. In fact, he simply ordered his Ambassador to transfer his physical office from the present compound in Tel Aviv to the century-old consular compound in Jerusalem. As a result, a consulate became an Embassy. That act alone raised the Ambassador’s profile and hit the diplomatic world like a thunder-clap. Symbolism means everything in geopolitics.

Trump could have his nominal Space Force within days. He could merely give the Space Command commandant an extra star and seat him at the JCS conference table. But then the Space Command, now renamed the Space Force, could build and grow as never before. More immediately, Trump would send a message to anyone thinking of knocking down our satellites: don’t try it.

That decision would have a wider implication. In the Age of Discovery, every ship that found new lands, usually did so with a naval commission. Or if it did not, then where private (profit or non-profit) groups went, navies swiftly followed. Would the world look at every future deep-space mission as an extension of American military might? Will a future mining colony, say on Mars, request an American military garrison? Might a modern Benjamin Franklin write a scathing reply admonishing them about “sacrificing essential liberty in order to purchase a little temporary safety”? Keep watching.

Did the Political Prisoners of the Holocaust Live Politics?