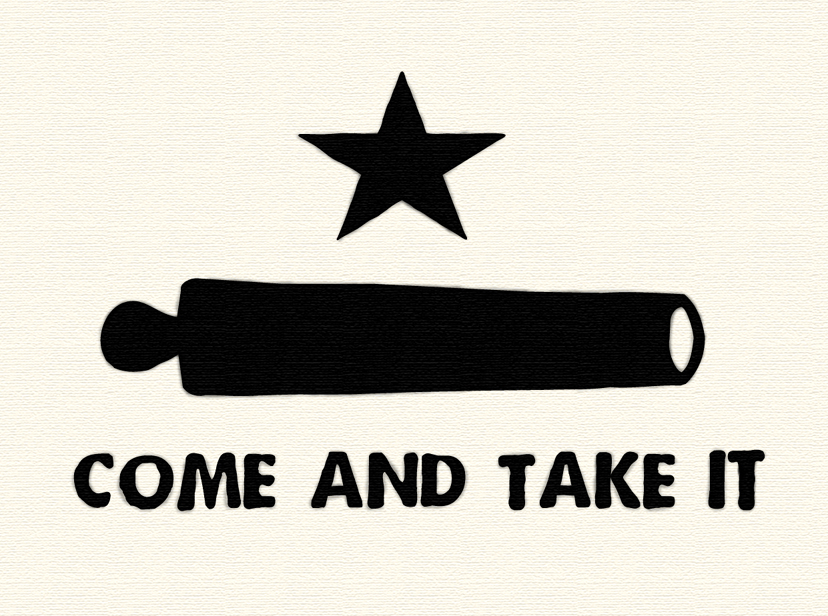 News breaks every day of yet another battle between President Donald J. Trump and his allies, and Deep State elements. Naturally a patriot can lose, in that shuffle, some good result or other that Trump delivers. On May 4, 2018, Trump made a definite promise to members of the National Rifle Association at their annual meeting. He vowed never to compromise on the validity of the Second Amendment. To show he meant business, he recounted a bit of Texas history: the Gonzalez Flag. In detail he described that flag: a lone star, a cannon, and this pithy sentence: Come and take it. With that he galvanized the NRA members in Dallas.

Talk is cheap, of course. But yesterday Donald J. Trump did more than talk. He settled a long-standing lawsuit with a gun-rights advocate. As lawsuits go, one can miss the essence until one examines the details. With this settlement, absolutely any person can now set up shop as his own armorer. With this act, Trump might have saved his Presidency. But his patriotic supporters must embrace this settlement and let the country know about it.

Additive manufacturing—building an object with layer on layer of quick-hardening plastic or other medium—is now available to all. It began as a technique for astronauts, flying long-range missions, to make their own parts in flight at need. A spacecraft crew could even design and “prototype” a new part, all on their own. Additive manufacturing depends on a simple, self-contained device and a computer to “drive” it. The device looks, to the computer, like a print device. For that reason, some industry wag called the technique “3D printing.” Manufacturers call additive manufacturing by that name today.

One can buy a 3D printer for less money than one needed to buy the first desktop microcomputers. Indeed, a 3D printer should probably take its place on a home workbench, next to a table saw, a drill press, a soldering iron, and other tools.

And what has all this to do with Second Amendment advocacy? Plenty, thanks to an activist and hobbyist by the name of Cody Wilson.

In 2013, Cody Wilson shocked the Deep State, the élite, and leftists everywhere. He invented the Liberator, a fully functioning firearm made of plastic. Then he created files anyone having a 3D printer could use to make this firearm at home. These he uploaded to the Internet.

At once the U.S. Department of State demanded he take those files down. The State Department reasoned that Wilson was “distributing secret military hardware.”

Unlike many advocates for liberty, Cody Wilson thought long-term. He took those files down, all right—but only after they had seen 10,000 downloads. Then he sued the government for the right to put those files back up and keep them up. He alleged the government was breaking his rights under the First and Second Amendments. As the case dragged on, Wilson published a new book. Its title: Come and Take It: The Gun Printer’s Guide to Thinking Free. (Buy it here at Amazon.com.) He published it in the October before the election.

And here the proposition that “elections have consequences” illustrates itself. Donald J. Trump, of course, won his election. Yesterday the Conservative Daily Post reported this stunning development. They dropped the case! Furthermore, they agreed to change the export-control rules on military small arms. Under this rule change, the government will consider almost any firearm below .50 caliber non-military.

The Corbett Report had this video to break the story. According to it, the new rules go into effect on July 27, 2018, at midnight.

At which time, every American can become his own armorer and gunsmith.

A Come and Take It flag for 3D printers

Even a patriot might still miss the full implications of this settlement. To put the matter in context: Jerome S. Corsi, in Killing the Deep State: the Fight to Save President Trump, describes the Deep State in detail. He reminds everyone of what the Deep State wants. And they want more than protecting their cushy jobs. They want to crash the world’s economy and “step in” with their one-world command economy instead. Think Cloward-Piven on an even more grand and grandiose scale.

But one thing above all stands in the Deep State’s way: a populace under arms. If, as Admiral Yamamoto famously warned, the Deep State will find a gun behind every blade of grass, the Deep State loses. For that reason they run false-flag pseudo-operations against schools.

Watch as Student Alexa Miednik tells of talking to the “suspect” while shooting is going on. Watch her limn quotes as she speaks the word suspect.

In that manner, the Deep State hopes to scare “Mr. and Mrs. America” to “turn them all in.”

Back in May, Donald Trump gave them this answer. He virtually flew the Gonzalez flag and repeated its words: Come and take it.

And with this settlement, he gave it back.

One cannot predict how long this window of “liberating” opportunity will stay open. The Deep State will keep trying to remove this President. If they can’t impeach him, Amendment XXV gives them another way. Maybe an ambitious (or scared) Vice-President will sign a Cabinet declaration to declare him non compos mentis. And while Congress is trying to sort out that claim, the Deep State will lay on a larger false-flag pseudo-op. And with this op, they might kill the President. (The John Birch Society has long suspected that John W. Hinckley III did not act entirely on his own. Recall that he shot President Ronald Reagan, to imitate a slightly paranoid character from a movie.) For that they would blame Patriotic elements—and perhaps inaugurate an Internal Security Force. (As Obama promised his listeners.) 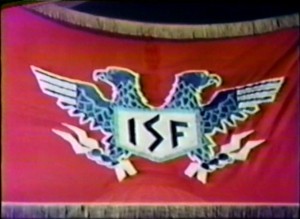 Flag of the Internal Security Forces, from Shadow on the Land.

Which makes it a guilt-edged priority for every patriot to acquire a 3D printer immediately. And then to download Cody Wilson’s Liberator files as soon as he can re-serve them and start making Liberators.

No one can know the thinking of the President. Did he settle the Come And Take It 3D Printer case merely to “do the right thing?” Or did he just drop a cannonball-size hint to patriots everywhere to arm themselves for an apocalyptic fight to come? Either way, this settlement can change the game—if patriots take the hint.

Political Intermarriage and the Birth of the New Democrat Party