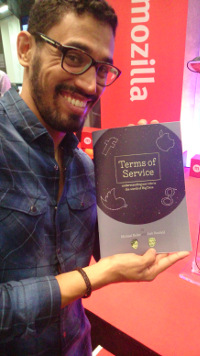 Hello, this is Darrell Castle with today’s Castle Report. Today I will be talking about the coordinated attack by Deep State corporate tech giants such as Facebook, Apple, Google/YouTube, and Spotify. Since virtually everyone else is also talking about this subject, I will try give some different information, such as some legal arguments as to why being private might not shelter these particular corporations this time.

The Deep State is the hand in some big corporate gloves

It is common for those on the left to express hatred of capitalism and to rejoice when an anti-capitalist is elected. Yet they trust the capitalist, massive, unaccountable corporations to decide for all of us what we are able to listen to and discuss. Thanks to their demands, global corporations now govern the public sphere, and decide what speech is permissible and what is not.

These are private corporations and therefore not subject to first amendment restrictions, or so they believe, but they are also bigger, more powerful, and certainly richer than many governments. They are so big and so powerful that they are virtually an arm of the government, as Ron Paul has charged. Part of the coordinated attack I spoke of earlier was against the director of the Ron Paul Institute for Peace and Prosperity. Dr. Paul had some things to say about it in an interview on Tuesday.

While social media could be a real delight and very informative the biggest role social networks are playing is working with the government. The government is indirectly regulating free speech through companies like Twitter and Facebook.

He went on to say, “You get accused of treasonous activity and treasonous speech because in an empire of lies the truth is treason. Challenging the status quo is what they can’t stand and it unnerves them, so they have to silence people.”

Therefore, the tech giants are acting on behalf of government to the point where they have become virtually an agent of government. They allow the government to control speech through them as surrogate companies. There is a case, I believe, from the California Supreme Court that holds them to be similar to public utilities and Twitter has been recently sued on that premise in the case of Taylor v. Twitter. If you look at normal media such as The New York Times, that paper has control over editorial content. If it hires a profane racist to its editorial board, it is responsible for the content of what she puts in that paper and can be sued if she prints libel.

The internet companies, on the other hand, argue that they have no control over content and do not edit what goes on the internet in any way. They just try to keep violent, hateful, speech off their media. That premise is easily refuted when you research the many sites where Antifa has posted actual calls for political violence, etc., so they do, in fact, control content.

Alex Jones is shut down, de-platformed, shadow-banned, eliminated from the public sphere, or however you want to say it. His millions of subscribers are deprived of the opportunity to hear his views, watch his videos, listen to his rants, etc. He and his audience were starting to challenge some of the major networks for viewership and thus he was getting to be a bit of a problem for them. Keep in mind that Alex has been doing the same things for decades, but now, all of a sudden he has to be taken down. So all within a 24 hour period, Alex and much of his Infowars channel, has been banned from Apple, Facebook, Spotify, and Google/You Tube. Even Linked In took him down and he doesn’t even post there as I understand it.

When Apple decided to ban him entirely, not just some episodes, the other online giant companies followed suit. So, despite his having millions of followers, and despite the obvious public interest in what he has to say, he is cast out of social media and effectively silenced.

Whether you call it de-platforming, shadow banning, or something else, it reminds one of the old Soviet practice of making someone a non-person. What happened to Alex and many others, for he is only the most prominent, is censorship and corporate control of speech. It’s not only the government that can be guilty of censorship. When companies are the facilitators of public discourse and debate, and in this modern age, the only means of communication, then these corporations have become the government’s defacto censors.

The coordinated nature of this attack might leave the tech companies vulnerable to an antitrust lawsuit. It is obvious that the attack was coordinate, and therefore, was not about Alex Jones at all. It is an attack against conservatives in general and Alex was just the biggest and would have the most chilling effect on free speech. The failure to enforce antitrust laws, starting particularly with the Clinton Administration, is a large part of the problem. Companies cannot be allowed to grow as big as these without there being serious negative consequences.

For example, Apple is on track to soon become the first trillion dollar company. Of the 195 countries in the world, only 16 have a trillion dollar GDP, meaning Apple would be a G-20 economy if it were a country. It could easily have its own international state department and its own military. That is a powerful company and Alex Jones should seek the services of an experienced antitrust law firm. Perhaps he will turn out to be the catalyst that breaks these companies apart.

It doesn’t matter what you or I think of Alex Jones. It doesn’t matter whether you follow him religiously or whether you think he is a blowhard full of crackpot theories. We should be very worried about what has happened to him because it confirms that we are entering a new era in the outsourcing of censorship. The Deep State doesn’t care whether these companies are public or private, it wants opposition silenced and it gets what it wants. So, what was once done by the government is now out sourced to private companies.

The cleansing from public life of all speech deemed offensive by the corporate overlords, which was once done by government to mold public opinion, is now done by corporations. They use capitalist power, perhaps in violation of the anti-trust laws, to erase the voices they don’t like. This is also a worldwide phenomenon since we are dealing with global corporations. In Europe, it’s now common, for opposition politicians to be silenced in the same way as Alex Jones.

These liberal stooges of the ruling elite want the capitalist corporations to do their dirty work for them. This is no different than if the government confiscated books it doesn’t like, then piled them up and burned them. Who will be next is a very good question. Who will be silenced next because they will sooner or later get around to all of us?

Sarah Jeong gets a pass

At the same time Alex Jones was being censored, The New York Times, apparently with full knowledge that she was a disgusting, profane, racist, hired tech writer Sarah Jeong to its editorial board. I won’t repeat for you her many profane tweets but I will tell you that they are clear evidence of a deep hatred of white people, yet she is not censored.

Ms. Jeong is South Korean, you see. She has really suffered over the last fifteen years in this white society having done her undergraduate work at Boston University, then Harvard Law School, of course, then a fellowship at Yale, so she is a child of benefit but she is also no bimbo or dummy. That makes it even worse as far as I’m concerned, because she is without excuse. Both she and The New York Times knew exactly what she was doing and had done. She is the future for the corporate ruling elite in the media. She represents what this is all about, for she represents the actual real strategy they intend to execute.

I might sound like a broken record here, but The New York Times is the worldwide go to source for news from other news sources. In other words, The New York Times tells other sources of news what’s acceptable to say on their own editorial pages. Her views as expressed through her Twitter pages are more than just overt racism, they are pure gutter venom. She said white people smell like dogs. She bragged that she hates them and hopes that they are all childless and disappear. She said this demographic extinction was “my plan all along.”

The Times, which likes to brag about its practice of culling out hate speech, did not withdraw the job offer in the face of outrage. No, The Times defended her and said that she was only reacting to hate speech directed at her on line, etc. It’s a free country though, isn’t it; at least it’s free for The Times. I thank The Times though, and admit that it is free to hire all the progressive, disgusting racists that it wants.

I thank The Times for once again removing the mask and revealing who and what it really is, and along with it what all the progressive left really is. I’m hopeful that at least some people will see these things that I have spoken of and start to wake up. Perhaps even some white liberals will be offended by her. I doubt it but one can hope.

Strategy and tactics of the Deep State

What happened to Alex Jones is a tactic, not the actual strategy. It’s a tactic coming suspiciously close to the 2018 mid-term elections. Tactics are what one uses in furtherance of an overall strategy. The Island-Hopping campaign in the Pacific during World War II was a tactic in furtherance of the strategy, which was to reduce Japan to a state of unconditional surrender. These things happening today are tactics in a broader strategy which, I believe, is to reduce all humanity — liberals and conservatives alike, to a state of unconditional surrender. To realize that strategy, humanity has to be divided, voices must be silenced, hatred and conflict must be fanned into real flames, racial conflict must dominate everything, worldwide chaos must be constant and increasing.

Finally, the all-powerful ruling corporate elite will intervene to save us, and all we must do to have that salvation is bow down and lick the hand that feeds us.

The Flames of Envy