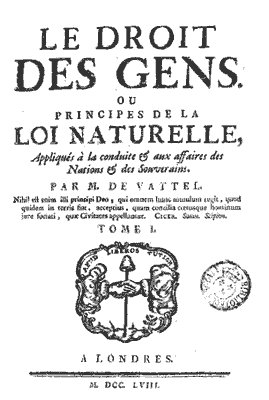 Yesterday President Donald J. Trump made good on a campaign promise he made three years ago. His staff had begun drafting an executive order to end automatic birthright citizenship. From now on, the government would refuse citizenship to children born to illegal aliens, on or off American soil.

He first made that announcement to Axios. That announcement resounded like a thunder-clap across the country. And before the day was out, Senator Lindsey Graham (R-S.C.) announced he would introduce a bill to outlaw birthright citizenship.

Regular readers of Conservative News and Views duly recalled earlier treatments my contributors and I made to this subject. (Viewership statistics don’t lie, at least not when CNAV has an anti-bot firewall in place.) For the benefit of those who didn’t see them, here they are. (See also Dwight Kehoe’s treatment of the Fourteenth Amendment.) But CNAV notes other “professional” commentators still don’t understand. So CNAV offers a review of the facts of the Constitution, and of Presidential authority and practice.

Theory and reality of birthright citizenship

Emmerich de Vattel (The Law of Nations) defines one class of persons who, by natural law, have the birthright of citizenship. These “natural born citizens” are born in-country to two citizen parents. (Publius Huldah went over this in 2012, showing that Senator Marco Rubio (R-Fla.) is not a natural born citizen.)

Vattel specifically defined “in-country” to include:

Therefore if persons “on station” have not “quitted the country,” then their children cannot be citizens at birth of the particular soil on which they stand at the moment.

The Fourteenth Amendment to the Constitution begins:

The Republican Congress so amended the Constitution in 1867 to stop Democrats (including President Andrew Johnson) from denying citizenship to former slaves. Congress never intended to extend birthright citizenship to any child of illegal aliens. Some will distinguish between illegal immigrants and invading and occupying enemy soldiers. This distinction makes no difference in Constitutional or natural law.

Proponents of birthright citizenship almost always cite US v. Wong Kim Ark. Wong Kim Ark was the son of Chinese railroad laborers. The railroads used guest labor from China to lay track, especially in the American West. Wong Kim Ark was born to such a track layer and his wife while they lawfully resided in America.

The Wongs returned to China. But Wong Kim Ark sought to remain. Before he became an adult, Congress passed the Chinese Exclusion Act. Wong sued for the right to remain, claiming birthright citizenship. The Supreme Court recognized his claim. But in so recognizing, the Court took note of the lawful residency status of his parents. A child born to two persons, neither of whom belong in this country, does not deserve that consideration.

On 19 August 2015, Bill O’Reilly cited the case of Immigration and Naturalization Service v. Rios-Pineda (docket no. 83-2032, decided 13 May 1985). Justice Byron White, writing per curiam, decided that two Mexican illegal immigrants had to return to Mexico. But he said this about their children:

By that time [Mr. Rios-Pineda] had a child, who, being born in the United States, was a United States citizen.

On that basis alone, Bill O’Reilly, who is not a lawyer, decided this case affirmed birthright citizenship as a Supreme Court precedent. Nothing could be further from the truth. Justice White’s description of the status of the child is obiter dicta, “sayings by the way.” The INS did not proceed against the children, so the children’s status never came before the Court.

Again, CNAV went over this before. A day earlier, CNAV had challenged any advocate for birthright citizenship to cite the case. This case proves insufficient—or as a lawyer would say, incompetent, irrelevant and immaterial. So CNAV still says: cite the case.

Birthright citizenship became a crisis this month when a caravan of would-be gatecrashers formed in Honduras and headed north. Rumor has it that the United Nations and arbitrageur George Soros funded, organized, and gave marching orders to the caravan. In cold, hard fact, one caravan organizer turns out to be a former legislator in Honduras. Guatemalan authorities arrested him as an illegal entrant. Furthermore, the United Nations High Commissioner on Refugees has already virtually ordered American authorities to let that caravan in.

President Trump, in his inimitable fashion, will see about that. More to the point, the caravan provides the context. President Trump does not want to create yet another new class of mendicant citizens. Nor does he intend to let George Soros or the United Nations create such a mendicant class. (The last two, if and to the extent they did organize that caravan and/or do support it today, obviously take their cues from Richard A. Cloward and Frances Fox Piven.) So he saw at once that the time to reckon with this birthright citizenship question has arrived.

In his interview with Axios, he disputed people’s “finding” of birthright citizenship in the Constitution. As he should. CNAV repeats: we have no case on point treating birthright citizenship, or saying when it does or does not apply. The only way to get a case on point is to create the controversy. Which means: just do it and then let someone sue. Then the courts can decide. 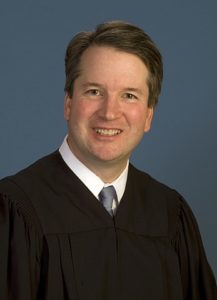 This also illustrates that elections have consequences. CNAV can only imagine the angst on the Left, when they realize that Justice Brett Kavanaugh will vote on any such EO from Trump! Given the current ideological alignment of the Court, Justice Kavanaugh could cast the deciding vote.

Readers, this is how one reclaims the original meaning of the Constitution. See to the appointment of good judges, at trial and appellate level. Then, just do it! Create the controversy, and the courts must then decide.

Senator Lindsey Graham, of course, has decided not to wait for any court to decide. He plans to introduce a bill to treat the birthright citizenship question definitively. That might go before the Supreme Court also. And Senator Graham, who sits on the Committee on the Judiciary, knows this.

Democrats in Congress didn’t always find birthright citizenship in the Constitution. Senator Harry W. Reid (D-Nev.) said in 1993 “no sane country” would grant it. Six years later he changed his tune, only because the AFL-CIO did. Do not, therefore, look for principled opposition to birthright citizenship from the Democratic Party.

Will we “Vote for Principle” or choose to “Just Win Baby”?

What is the real purpose of the United Nations?

And it is important to read the 1875 Elk case which has a detailed discussion on what Amendment 14 means as it references the actually discussion in Congress. Most of the 1898 Ark case is meaningless since it constantly references subjects (think royalty), not citizens. The US does not have subjects. Ark parents were legal immigrants who were bound by an oath of fealty to the US and they had been allowed to enter and live in the US permanently prior to Ark being born. This is the key items for non-Citizens. Illegal aliens, visitors, HxB, migrant workers, diplomats, etc. do not and never have produced citizens under Amendment 14. One must have fealty to the US to produce children with US citizenship.