Cal Thomas, a popular conservative columnist, had an interesting column on the Roberts-Trump controversy. But he doesn’t seem to realize that the issue he treats, goes to the integrity of the Constitution.

Last week the president criticized the U.S. Court of Appeals for the Ninth Circuit, based in San Francisco, calling it “a lawless disgrace.” The New York Times writes, “Mr. Trump’s remarks came after a federal trial judge ordered the administration to resume accepting asylum claims from migrants no matter where or how they entered the United States.”

The judge issuing the ruling was Jon S. Tigar, of the United States District Court in San Francisco, whom Trump quickly singled out as an “Obama judge.” This prompted a rare pushback from Chief Justice John Roberts, who said in a statement, “We do not have Obama judges, or Trump judges, Bush judges or Clinton judges. What we have is an extraordinary group of dedicated judges doing their level best to do equal right to those appearing before them. The independent judiciary is something we should all be thankful for.”

This debate is more than a legal squabble between politicians and judges with differing points of view. It is about the character and makeup of our country and whether we who are now living will bequeath to our descendants something resembling what our predecessors passed to us.

… The back and forth between President Trump and Chief Justice Roberts has brought the real issue to the forefront again where it is likely to remain through the next election and, depending on the outcome, for elections after that until it is resolved either to the benefit or detriment of the nation.

A missed point: the Constitution

Cal’s conclusion is interesting, but it does not go to the root of the conflict: This debate is more than a legal squabble between politicians and judges with differing points of view. It is about the character and makeup of our country and whether we who are now living will bequeath to our descendants something resembling what our predecessors passed to us.

The root of the problem

The root of the problem goes back to more than two centuries.

In Marbury v. Madison, 5 U.S. (1 Cranch) 137 (1803) U.S. Supreme Court, under John Marshall, established the principle of judicial review, meaning that American courts have the power to strike down laws, statutes, and some government actions that contravene the U.S. Constitution as interpreted by the courts. Decided in 1803, Marbury remains the single most important decision in American constitutional law. The Court’s landmark decision re-defined the constitutional boundary between the separate executive, legislative and judicial branches of the government. This ruling made the judiciary a super branch that can overrule Congress and the President, disregarding that they also took the same oath to uphold the Constitution.

This would not be too bad if the Supreme Court to uphold the Constitution sticks to the Constitution. But it doesn’t! Few people realize how the Supreme Court reaches a decision that affects all of us, and eventually becomes the “law of the land.” Once the justices have decided (by four votes) to take a case, first they conduct hearings and take a vote. After the vote where a five-justice majority decides the outcome, they assign one justice to justify why the majority voted the way they did. Usually, first they look at the Constitution, to see if they can stretch some language to justify their vote. If they cannot, they look to precedent, English common law, other legal systems, international law, popular customs or traditions—whatever seems a believable argument. Actually, usually they don’t even do it themselves. That is what law clerks are for!

This is pure and simple judicial law-making. Whatever five justices agree on become law. This practice makes the Supreme Court nominations so important that the approval process lately turned into a war. In it, nominees face humiliating treatment by the minority party. Indeed one has to be a masochist to accept it. This is what the Democrats were counting on. After the initial salvo they expected Judge Kavanaugh to quit.

We should remember nomination struggle in 2005. Justice O’Connor’s announced resignation is creating a vacancy that President Bush has to fill. He nominated his longtime associate and lawyer, Ms. Harriet Miers in 2005, as the “best qualified” candidate. The nomination has been attacked from both right and left, with critics claiming that Ms. Miers is a nice person but hardly the best qualified. There must be several better qualified judges in the federal or state judicial systems. It does not take an Einstein, or a constitutional law expert, to see that the criticism is justified.

So the White House leaked some information that several better qualified individuals had been approached and refused the nomination, because they do not want to be borked. A seat on the Supreme Court is not worth the pain and humiliation that a well qualified candidate would have to go through at the hands of liberals such as New York’s Senator Chuck Schumer.

All this is the result of Marbury v. Madison. Not based on the Constitution, not even a law passed by Congress, but on a single court decision. In other words, on a precedent. 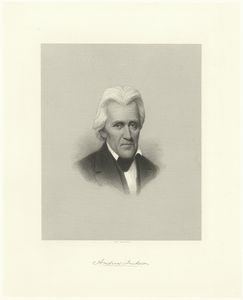 Restoring the Constitutional order of separation of powers as it is written in the constitution, stripping the courts of this power that was created by John Marshall would also restore the courts original function, limited to criminal cases and private cases without judicial review.

To uphold, or rather to restore the constitutional separation of powers into three co-equal branches, President Trump should disregard the courts’ interference with his executive powers that he took an oath to uphold and preserve.

I know it would be a politically risky move, but every time he obeys a court order, he violates his oath and the Constitution as it was written.

Shattering the Obama myth: a wolf in presidential clothing