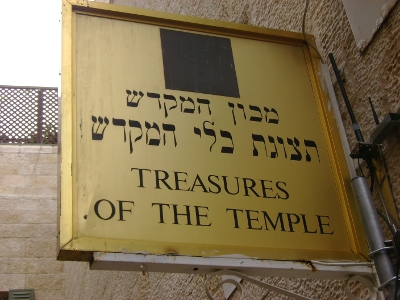 Jewish American leftists pandering to Islamo-fascists and BDS anti-Israel thugs; Israeli left-wing politicians coddling radical Arab nationalists sitting in the Israeli Knesset, who deny Jews the right to political self-determination, i.e. the State of Israel; these are just a couple examples of the ugly, hypocritical, and dangerous dark-side of Jewish self-hatred and faithlessness.

The Jewish self-hating left, both in America and Israel, have made an uproar recently, condemning Netanyahu and Likud, for encouraging the unification of several right-wing religious parties (so as to not loose votes to the center-left), and including within it, Otzma Yehudit, an ultra-nationalist (that means strongly pro-Jewish and pro-Israel) religious party.

Its gotten so outrageous, that even Knesset Speaker Yuli Edelstein (Likud) saw the hypocrisy, and recently felt the need to push back.

If we want to see a Knesset without any radical representatives, we need to start with Balad [an Arab nationalist party], whose [former] MK [Basel Ghattas] is sitting in prison for aiding terrorists, and then there’s Hanin Zoabi [of Mavimara fame – the so-called “Gaza Freedom Flotilla” in 2010], whom we don’t even need to discuss…We need to decide whether the Knesset is open to everyone who has a voter base which sends him to the Knesset, or if we need to put boundaries. If and when we decide to put up boundaries, I’ll be ready to continue the discussion about the radical [Jewish] right, but right now, the situation is that Balad, which doesn’t recognize the State of Israel, is part of the Knesset.

In this light, let’s look at the lessons of this week’s Torah reading, Vayakhel.

We find Moses telling the Jewish people that G-d has chosen Betzalel ben (son of) Uri ben Chur, to lead the craftsmen in building the desert Tabernacle. G-d has filled him with spirit, wisdom, insight, and knowledge (Exodus 35:30-31).

Why does the Torah give his grandfather’s name? Who was Chur? Let’s take a look at him. The first time we find Chur, he’s helping Aaron hold up Moses’ arms, during the battle against Amalek (the embodiment of atheism) in Exodus 17:8-13. The battle against Amalek, symbolizes the battle of the Jewish people’s faith in their destiny, against surrender and assimilation.

The Rabbis tell us, it was Chur, a man of spirit, who stood up to protest worshiping the Golden Calf, and was killed by the faithless mob who had despaired of Moses’ return (Leviticus Rabbah 10:3).

And, who was Chur’s father? Calev (1 Chronicles 2:19). The same Calev who later with Joshua, spied out the land of Canaan, and insisted, in spite of the other ten spies’ defeatist attitude, that it could be captured. The same Calev who we are told in the Talmud (Sotah 34b) went to pray for help at the Tomb of the Patriarchs – the Cave of Machpela – in Hebron. Full of faith in G-d’s promises to their ancestors, Abraham, Isaac, and Jacob, they warned the Jews in the desert, don’t rebel against G-d and don’t fear the enemy, the land will be given to the Jewish people. The same Calev who G-d says has a different spirit, he followed Me wholeheartedly, he, I shall bring into the land, and his offspring shall inherit it. (Numbers 13:22, 30, 14:6-9, 24).

Chur and Calev were the ultra-nationalist, religious Jews of their time. And their descendent, Betzalel, was rewarded with helping to build the Tabernacle.

Princes who look down on people

We also find in the Torah reading, the tribal leaders donating the last items to the tabernacle and for the priestly garments (Exodus 35:27). But Rabbi Natan asks, “Why did the princes contribute at the beginning of the dedication of the Altar, but not at the construction of the Tabernacle?” He answers, they said, “Let the rest of the people bring what they will, and then we’ll bring what’s missing.” He criticizes them for being lazy, they should have rushed to bring their donations (Numbers Rabbah 12:16).

Rabbeinu Bechaya on the verse adds, its the way of princes to look down on the rest of the nation. Not long ago, these tribal princes were lowly slaves, but after their appointment to leadership, they started looking down on their brothers.

Modern-day Jewish leaders looking down on their fellows

The Talmud (Pesachim 113b), says that four people are intolerable, one is the public official, who looks down on the rest of the community for no reason.

That’s the nature of radical left-wing Jewish activists and politicians, self-appointed “leaders,” claiming moral superiority, they look down upon “Amcha” the average people, and their faith in G-d and the Torah. Screaming in the name of “defense of democracy,” they are willing to attack, slander and dis-enfranchise other Jews who don’t think like them.

In response, Otzma Yehudit said, “The cat is out of the bag and it turns out that Gantz and Lapid want to form a government with the votes of terror representatives in the Knesset and winks at them as he joins the request to disqualify Otzma. It won’t help them! The unification of the right-wing parties will be the surprise of the elections, and in the coming Knesset, Dr. Ben-Ari and Attorney Ben-Gvir will also serve and protect the government from the right.”

This Jewish leftist self-hatred and faithlessness, has now fallen to a new low, highlighting the great divide between the universalist/suicidal left and the more particularist/self-preservationist right, within the Jewish people, globally.

Their attacks against Netanyahu, the Likud, and the Jewish Home-National Union-Otzma Yehudit list, have unmasked the Jewish left’s assimilationist/suicidal proclivites, both in America and Israel.

It reminds me of the “good Jewish communists,” the Yevsektsiya of the 1920s, in the former Soviet Union, who “helped” their brethren. Ripping them from Torah and Mitzvot, turning them into Stalin’s henchmen, for “re-education” or death, and causing three generations of Jews to be turned into atheistic, anti-Zionist, model Soviet citizens, until the 1967 Six-Day-War reawakened their Jewish national consciousness.

Many members of the Yevsektsiya, ironically perished in Stalin’s “Great Purge” of 1936-38.

So too, in America and Israel today. Jewish and Israeli leftists, are running down the Yevsektsiya’s path of self-destruction. While hating their Jewish brethren, who are true to the Torah and Land of Israel, they traffic with Jew haters and anti-Zionists, what has been called the “new anti-Semitism.”

What do they think the Islamo-fascists, BDS anti-Israel thugs and the “Palestinians,” will do to them, the Jewish left of today, if they are victorious?

A harsh dose of realism

The most moral thing is to save Jews and keep them alive and to ensure no Jew is evicted [from settlements]. We passed Gush Katif and the folly of uprooting Jews from their homes. We got rockets in Ashkelon. We don’t have to worry about saving Jews and preventing their uprooting? Therefore it is immensely virtuous even if it’s not so pleasant to you and even if others will disparage you. You do something that you believe is in favor of the people of Israel.

Even with all the expressions that sound so harshly like Nazism [refering to Otzma’s call to expel Arabs that are treasonous to the State of Israel – which actually is an Israeli law – stripping citizenship and deportation]…After all it’s been discussed, that it’s forbidden to use anything belonging to the Holocaust. We demand of the youth that they not call a policeman and a soldier ‘Nazi’[during a settlement expulsion].

How can one say that voting for Jewish Home-National Union-Otzma Yehudit, is to vote for Nazism? It is a remark lacking all responsibility. There aren’t enough words in my mouth to condemn this expression…I refer to the things that were published in his name, and them I denounce, there can be no such thing. Jews are not Nazis. Jews are Jews even if their worldview is different from mine. I must go against the words that were said, but to say this about them, it’s not right and it’s not moral.

The global Jewish leftist accusation of fascism, racism and Nazism, toward Otzma Yehudit’s participation in the upcoming elections, debases the memory of those Jews who suffered from real Nazis, in the past, and suffer from real anti-Semitism today, and should be beyond the pale.

And this, while they themselves hypocritically cozy up to anti-Semites, real fascists, Nazis, and racists. Yes Arab terrorism against Jews, just because they are Jews, is racism too.

Jewish Leftist self-hatred has reared its ugly head, and it’s dangerous to us all!