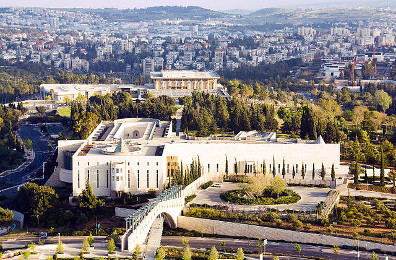 I’ve been speaking out about the need for judicial reform in Israel, for over thirty years. So, when I saw what Justice Minister Ayelet Shaked has been doing in the last couple of years, I was mildly pleased. It didn’t go far enough for my taste, but “Liat Liat,” little by little, is better than nothing at all.

Why does Israel need judicial reform?

With Purim and elections coming up, National Union Chairman MK Bezalel Smotrich has recently unmasked the Judicial Dictators in the Supreme Court for what they are, a largely self-appointed leftist elite, that looks down on the simple Jews of Israel and their well being, more often siding with Arab terrorists and their political supporters, than with their Jewish victims. We can now also clearly see the disdain they hold for the other branch of government, the legislature, the Knesset and Knesset members, who are popularly elected by the public, as should be in a democracy, unlike the self-appointed Judiciary.

On March 6, the Central Elections Committee narrowly rejected the complaints against Otzma Yehudit’s Knesset run by a vote of 16 to 15. Afterward, left-wing and Arab MKs filed an appeal against the candidacies of Dr. Michael Ben-Ari and Adv. Itamar Ben-Gvir of Otzma Yehudit, with the Supreme Court.

During that Supreme Court hearing, a representative from the State Prosecutor’s Office, urged Ben-Ari’s disqualification. Ben-Ari, has faced multiple attempts from the left, to outlaw his candidacy under Article 7A of the “Basic Law: The Knesset,” which lists “incitement to racism” as one of three actions that disqualify a candidate from running for the Knesset. Attorney General Avichai Mandelblit urged the court to bar him, because in his opinion, Ben-Ari has a long history of “severe and extreme” racism.

Does Michael Ben-Ari really have a history of racism?

At the time, when the Elections Committee voted to let them run, Justice Uzi Fogelman criticized Ben-Ari, pointing out a rally he led in the northern town of Afula, against a tender that was open for all its residents, including Israeli Arabs. Ben-Ari claimed during the protest that the tender “has been opened to the enemy as a form of equal rights.” “That sentence is crystal clear,” Fogelman said, implying racist intentions of Ben-Ari.

Other Judges, earlier, in May 2018, cited remarks about Arabs made by Ben-Ari on another occasion. Ben-Ari said, “We need to call it as it is, they are our enemy, they want to annihilate us. Of course there are loyal Arabs, but they can be counted as one percent and less than that. Unfortunately, the overwhelming majority of them are full partners to their brothers in Gaza.”

Ben-Ari’s lawyer, Yitzhak Bam, responded that his client had “no problem” with Israeli Arab citizens who are loyal to the State of Israel as the state of the Jewish people, as enshrined in “Basic Law: Israel as the Nation-State of the Jewish People.” Justice Yitzhak Amit asked Bam if 99% of Israeli Arabs are considered “enemies,” if they don’t identify with that viewpoint. Ben-Ari’s attorney confirmed, “That’s the logic.” Bam added, that it was hard to know the true number today, since “anyone who expresses those views [support for Israel as the Nation-State of the Jewish People] is ostracized, condemned,” or even attacked.

During that recent Supreme Court hearing, a bitter exchange developed between Chief Justice Esther Hayut and MK Smotrich. After Hayut rebuked MK Smotrich, “Don’t shout here, this isn’t the Knesset.” Smotrich replied.,”Don’t belittle the legislature and don’t disrespect Knesset Members.” Hayut then replied to Smotrich, “This isn’t the Knesset, there are different legal procedures here.” Smotrich replied, “I’m happy for the clarification.” Hayut then commented, “I don’t need to clarify anything for you.” Smotrich then responded to her, “Don’t belittle the Knesset and the public.”

Something that happens regularly by Israel’s Supreme Court overlords.

Revealing judicial contempt of the legislature

Subsequently, Hayut also chastised MK Stav Shafir of the Labor Party, who tried to speak: “You won’t speak here, this isn’t the Knesset. At this point, Justice Fogelman joined Chief Justice Hayut saying, “This isn’t anarchy here; what you’re doing here is unprecedented, the politicians will not speak here.”

Thus showing their utter disdain for the legislative branch, regardless of party affiliation. And let’s not forget thatFogelman has already publicly voiced his opinions about Ben-Ari. Shouldn’t he have disqualified himself from the hearing?

Later MK Smotrich told the media, “You needed to be here to see the disgusting contempt, and condescending attitude of the judges, towards the Knesset Members present here in the hearing, from both sides of the political fence. They simply despise us and what we represent.”

Smotrich continued, “What’s under discussion here is the very composition of the Knesset in the next term, and involvement of Knesset Members in this debate is the most legitimate thing in the world. It’s also legitimate for the judges to decide not to let MKs talk, so as not to turn the debate into a political election platform, but there’s a way to relate to a Knesset member while they’re in the middle of a sentence. They wouldn’t treat someone like that, if they had a modicum of respect. And that’s nothing new.”

Then, Justice Minister Ayelet Shaked spoke out for the first time, about the attempt to the disqualify Ben-Ari from running for the Knesset. “I hope very much that the Supreme Court will not intervene in Israeli democracy and will uphold the decision of the Elections Committee. Michael Ben-Ari was already a member of the Knesset, and the sky did not fall. Arab MKs who do not believe in the State of Israel as a Jewish and democratic state are already in office.”

It allows the Elections Committee to bar parties from participating in elections that,

Many Israeli Arab citizens and their political representatives, the Arab political parties, therefore should be banned from running, under sections 1 and 3. Shouldn’t the law be applied equally in a democracy?

Notice, even Netanyahu knows the truth. In 2018, PM Netanyahu met with South Tel Aviv anti-illegal immigration activists, representing the Jewish population of South Tel Aviv, suffering from the meteoric rise of crime, from illegal African infiltrators living there. Netanyahu questioned one of the activists what caused him to join the campaign to expel the illegal Africans, David said that he began his political activism out of shock at the way the Supreme Court handled the petition against the 2005 Gaza Disengagement Plan. Netanyahu smiled as he said: “You expected justice from the courts? That is the last place to seek justice.”

Judicial selection under the Basic Law

How are judges picked in Israel? Does the citizenry vote for them as in the US. Few would claim that America is not a democracy.

According to “Basic Law: the Judiciary,” the Judicial Selection Committee has nine members. The committee is made up as follows: Justice Minister – Chairman, another Cabinet Minister, chosen by the Cabinet. Two Knesset Members, chosen by the Knesset. Two members of the Bar Association (Usually selected by the two largest factions in the association).The Chief Justice, and two other justices of the Supreme Court (replaced every three years, the selection is usually by seniority). The committee’s decision to appoint a judge in all lower courts, is passed by a simple majority of members present at the meeting.

Notice the inside deal, three Supreme Court Justices, and two lawyers from the bar (people who probably aspire to be appointed as a judge), who have an automatic majority on the committee.

And who appoints Israeli Supreme Court Justices? In America, the President nominates them, and the citizens’ elected representatives, the Senate, vote to confirm them or reject them.

But in Israel, the rules for appointing Supreme Court judges, really aren’t much better than for appointing lower court judges. It requires a majority of 7 of the 9 committee members, or two less than the number present at the meeting (6 of 8, 5 of 7, etc.).

Notice, the elite clique of Supreme Court judges and lawyer wannabes, already make up five votes. As I said, self-appointing elites, who veer to the left and hold everyone else in disdain.

One last example of Judicial Dictatorship, it occurred in 2017, when Supreme Court Chief Justice Miriam Naor bullyed Justice Minister Ayelet Shaked. Naor made a veiled threat in a letter to Shaked, that she would petition the court against Shaked if Shaked delayed convening the Judicial Selection Committee, which was supposed to announce the appointment of Esther Hayut as the next Chief Justice. Naor said, “the minister should use her authority to establish the schedule only in a true and professional manner. Apparently the only reason to delay the meeting of the committee is that we have not succeeded in getting to an agreement regarding the identity of the two Supreme Court judges, to be appointed in place of [retiring justices] Danziger and Shoham.”

This problem wouldn’t exist, if the Chief Justice, or other justices on the Supreme Court, weren’t involved with choosing their own colleagues. Judicial Cronyism and with it, Judicial Tyranny in Israel must end. Israel desperately needs reform of the judicial selection process, if it wants to end the Judicial Dictatorship, and have a true democracy.

Israeli citizens should demand judicial reform and only vote for parties dedicated to carrying it out!

The featured image shows the Supreme Court of Israel. Note the Knesset in the background, and the suburb of Kiryat Shmuel further back. Source: Ministry of Tourism, Republic of Israel, CC BY 2.0 Generic License

Did You Know That Your Government is Arming Agencies Like the IRS, DHS, VHA, OIG, SSA, NPS?