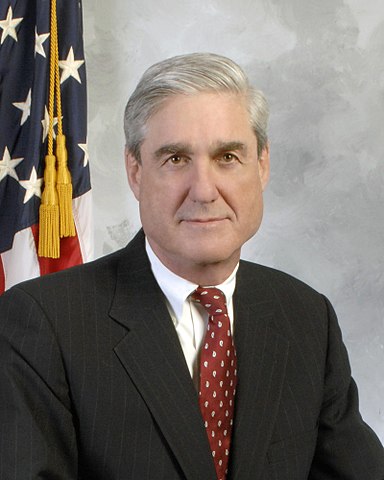 Hello, this is Darrell Castle with today’s Castle Report. Today I will be talking about special counsel Robert Mueller’s report of his investigation into whether or not the Trump campaign, and specifically the President, colluded with Russia to influence the 2016 Presidential election. I know that by now everyone of you knows about the report and its basic content, but perhaps I can touch on a few things that are different from what you may have heard.

How Robert Mueller got his job

Special Counsel Robert Mueller was appointed in May 2017 so the investigation took 674 days and cost the taxpayers $25 million. The conclusion that there was no evidence that Donald Trump colluded with Russia was, or should have been, evident from the beginning. It was a “hoax” from the beginning and perhaps the dirtiest political trick in modern history.

It was based on an anti-Trump dossier apparently paid for by the Hillary Clinton campaign and assembled by an ex British spy named Christopher Steele. ,The fake dossier was released to the media and was quickly all over Washington. ,The Mueller Report proves there were no credible facts that provoked the investigation in the first place. To support the allegations in the fake dossier, apparently fired FBI Director James Comey took government documents and leaked them to the media for the purpose of triggering the appointment of a special counsel, which turned out to be Robert Mueller.

Not an independent counsel – the distinction

Keep in mind that Mueller was a special counsel, not an independent counsel. He worked for the Department of Justice rather than being independent and when he finished his investigation; he handed in his 2500 page report to the head of the Department of Justice William Barr. Mr. Barr then summarized the report into a one page letter which he sent to Congress. The way Mueller phrased the language of the report has caused some questions to arise but basically he said he did not find evidence of any crimes committed by the President but neither did he exonerate him. He failed to point out that he did not exonerate him because that is not his job. Prosecutors investigate, and if the investigation reveals evidence that crimes have been committed, they charge and indict.

Some interesting facts about the investigation are worthy of note, however. Mr. Mueller took 674 days to issue his report, spent $25 million, hired 19 lawyers and 40 FBI agents, interviewed 500 witnesses, issued 2800 subpoenas, obtained over 230 orders for records; made 13 requests to foreign governments for evidence and found nothing. Donald J. Trump must be the cleanest President in recent history, perhaps in all of history, because an army of investigators examined every aspect of his life and his family’s life. I wonder if Mrs. Clinton or President Obama could have withstood such scrutiny. Perhaps we will find out someday but I doubt it.

Who started this hoax?

What is not in Mr. Barr’s letter to Congress is any mention of President Obama and the officials of his administration who apparently orchestrated this fraudulent set of accusations as a way of preventing the right of the American people to choose their own President in 2016, and failing that, to de-legitimize their choice and ultimately remove him from power. The people who are apparently dirty in formulating those false accusations worked for the Obama administration at some point, including Attorney General Loretta Lynch, FBI Director James Comey, and a very long list of DOJ, FBI, and CIA officials.

Former head of the CIA during the Obama Administration, John Brennan, referred to a sitting President of The United States as a traitor, thus helping to undermine the President’s efforts in dealing with foreign governments, especially in the trade wars with China. Why not just wait and see if he’s impeached they probably thought. A former head of the nation’s chief intelligence service refers to the current President as a traitor, and when the report finally arrived, Mr. Brennan’s response was that he received incorrect information., That doesn’t reflect very well on the CIA’s ability to gather useful information does it?

Mr. Brennan is, unfortunately, not the only one to falsely accuse without a shred of evidence, except that which their ideological fellow travelers invented. ,Some 50 Hollywood stars also publicly accused the President of treason. ,I suppose one could forgive them because of the vacuous, celebrity obsessed, status under which they have to exist day by day. The media, though, cannot be forgiven so easily.

Apparently there are no ethical standards left in the media in this country. I don’t even expect them to behave as if they have morals because I know that entire concept is dead and has disappeared from American life, but basic journalistic ethics should not be too much to ask. Russiagate, as the media was fond of calling the investigation into the false charges they helped to spread, gave them quite a bit of airtime during the last 674 days. The evening news hour alone on CBS, NBC, and ABC spent a total of 2284 minutes on the scandal and in case you’re wondering that’s 38.6 hours of nightly news coverage. In addition, there were 533,074 web articles published on the investigation since May 2017.

Why no consequences from the Mueller fiasco?

We are left to wonder then, how so many officials and employees of the United States government could allow themselves to be covered in so much garbage that they would falsely accuse the President of the United States of essentially being an agent of Moscow. There have to be consequences from this because the rule of law is at stake. The investigation did provide information but not the kind the Democrats seemed to expect. There is evidence that serious crimes have been committed and those must be investigated in order to re-establish some modicum of respect for the rule of law in America.

I’m in favor of at least attempting to find the truth so let’s have a real investigation to get to the bottom of the real collusion. I’m sure it must have been obvious to Mr. Mueller that his investigation was based on lies bought and paid for by some powerful people, and yet he made no recommendation to investigate that collusion. So I suppose hell’s rocks will not be turned over and all those slithery creatures will stay hidden from the light of day.

Be careful what you wish for…!

The President said before the report was released that he was in favor of releasing the full report to the American people. Several Democrats have also called for it but I doubt if they understand fully what they are demanding. Be careful what you wish for because you just might get it. Some of the Democrat politicians will not accept the report and they will not apologize for the continuous lying during the last 674 days, but that’s what we have come to expect from them. Everyone on earth except Democrats knows the entire investigation was a fraud from the beginning. The more sane ones will probably just drop back and punt, but the true believers will double down and say something such as, “that Trump is more wily than we thought so let’s keep looking.”

Democrats turn on one another

Perhaps the American people will see this entire affair and be so revolted that their political perspectives change. I will be paying attention to polls in the coming weeks, which is something I don’t normally do, but In this case it is necessary. Popularity is very important to politicians because when you have power, you don’t want it to be twisted out of your hands, so you view the polls as an important indicator of your future.

They are already starting to turn on themselves in an effort to deflect blame and perhaps stay out of prison. Former head of National Intelligence, James Clapper, has been publicly saying that he used information provided by his old boss, and of course, that would be Barack Obama.

I’m hopeful that the American people will conclude that if this whole episode was a pack of lies to prevent their votes from being effective they will start to question the reliability of many other programs sold to them as absolute truth. Things such as climate change, which is also settled science they say, but maybe, just maybe, there’s room for some doubt. ,What about the Green New Deal already voted down in the Senate 57-0 with 20 Democrats voting present, which means I’m here but not voting because I don’t want to upset my friend but I don’t want to appear stupid either.

Socialism, which has taken control of the Democrat Party and threatens the entire country, could perhaps be examined from a historic perspective before we blindly accept it. Democrat Socialists, and the entire Democrat Party, will hopefully be discredited by this affair of their own making. They should, and would, have their noses rubbed in it for a long time, but unfortunately the national media is nothing more than their public relations firm so that probably will not happen.

Mueller Time is over

Mueller Time, as the Democrats were fond of calling it, has cleared President Trump, whether Mr. Mueller used the word exonerate or not, but there are consequences to the hoax this affair has been proven to be. The 674 days of investigation has proven beyond a doubt that the Russia collusion narrative was founded and built on lies created and put forward by the Hillary Clinton campaign, aided by operatives in the Obama Administration.

Well, I guess its all back to business as usual now in Washington, but what about the damage to people such as my old friend Jerome Corsi, and to Roger Stone, and some others. Mueller sent a swat team to Mr. Stone’s house in the early morning hours with full swat gear and weapons to arrest an elderly gentleman who was no threat to anyone and probably had done nothing wrong. Mr. Mueller would only have had to tell one of his 19 lawyers to call Mr. Stone’s lawyer and have his client report, but that would not have had the entertainment value nor would it have had the intimidation value for the rest of us.

What about Jerome Corsi and Roger Stone?

Finally folks, Mr. Corsi and Mr. Stone are real victims in this scam, and they should be made whole for what an investigator, fueled by lies, put them through. The ones most victimized, however, are first the American people, second the rule of law, and third the American political system. Sunshine is the best disinfectant so will we have an investigation of the lies and the lying liars who told them? Time will tell, but I wouldn’t bet on it.

Today’s Featured Image is the official portrait of Robert Mueller when he served as Director of the FBI. Official government portraits are in the public domain, per the 1973 Copyright Act, as amended.

The Good Guys are Illegally Pushing for Door to Door Confiscation through Red Flag Policies – Not Law! Learn From History