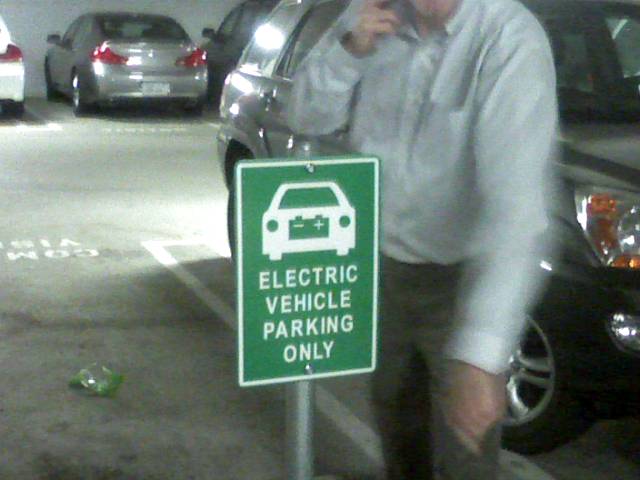 Electric vehicles are all the rage in environmental activist circles. Entrepreneur Elon Musk has found (or so he says) an excellent market in luxury electric vehicles. (Such is, after all, the price point for his cars.) Members of the Green Set (for lack of a better name) love them for what they represent. Or so they think. But activists and electric vehicle makers are fudging the numbers to make them look more “green” than they truly are. If policy makers seriously think carbon emissions are a problem, and electric vehicles can solve it, they need better numbers, and now.

Electric vehicles – where are they?

To begin with, one must ask: where are all the electric vehicles today? Here in south central Virginia, the Tesla® brand name (the most prominent) is nowhere to be seen. Not only does Tesla have no storefronts—they have no storefronts anywhere. But worse, no one can spot a Tesla® tooling down Interstate 95 or Route 1 or Route 301.

In February 2019, CNAV traveled to Freeport, Maine, and reconnoitered a Tesla® charging station near the L.L. Bean® outlet compound. This station had many charging devices, that looked slightly like motor fuel pumps. And no cars lined up to charge, and not even any cars taking a charge.

So where are they? YouTube videos abound from people who say they own, or know someone who owns, a Tesla®. Two such videos show a vandal scratching the paint of a Tesla® with her car keys. The cameras that make part of the self-driving system caught her doing it. She is cooling her heels in jail for that spiteful act. So yes, Tesla® electric vehicles do exist—but not so many that one can easily spot them on any road.

The traditional or “legacy” automakers now are starting to build electric vehicles, more than ever. The electric car with the most “bang for the buck” on the American road is the Chevrolet Bolt® EV. Its Premier trim line boasts a range of 250 miles per charge. (In comparison, the Chevrolet Malibu® LT can drive for more than 500 miles between fill-ups—in highway driving.) CNAV test-drove one—in south central Virginia, yet. (One can buy them in Henrico and Chesterfield Counties.) To drive such a car effectively, one must learn a new skill: how to brake dynamically. Dynamic or “regenerative” braking recaptures the energy of motion—though not all of it! (After all, even the best electric vehicles are not Perpetual Motion Machines!)

How attractive are electric vehicles?

But a mechanic, or an emergency first responder, must be careful! “One false move, and ZAP!” said one manager. The batteries on an electric vehicle can be as dangerous to work around as a downed live wire. So mechanics must place “hazard cones” around an electric car while working on it.

But do electric vehicles really solve the problem the Green Set worries about: emissions of carbon dioxide? Until recently, most studies comparing and contrasting emissions from conventional and electric vehicles have suffered from systematic bias. But now a German team has studied the problem extensively. And their report should give every EV advocate pause.

The Center for Economic Studies contrasted electric vehicles with those using Diesel engines. Diesel engines are the most common internal-combustion engine in Europe. They also are inherently more efficient than the Otto (“gasoline”) engines most American cars use.

The CES found that electric vehicles emit slightly more carbon dioxide in their manufacture, over a typical vehicle lifetime, than do Diesel vehicles. Drive them in a country that makes its electricity from coal and oil, and electric vehicles fare even worse. That’s because making a battery takes far more energy than does building a Diesel engine. (Read the actual study here, in the original German.)

This article in The Brussels Times gave more detailed perspective. The German researchers counted the cost of “mining and processing the lithium, cobalt and manganese” for making those batteries. The problem: the regulators in the EU don’t count that cost! They score an electric vehicle as zero emissions. This is not correct—and the study authors excoriate the policymakers for the “zero” claim.

The latter two hold well enough—when driving around town. They don’t hold when driving on the highway.

So the air on that street or road or highway would in theory get easier to breathe. This holds especially in a tunnel. But emissions to make the energy come from somewhere. Instead of coming out the tailpipe of the car, they come out the smokestack at the power plant. And—at least according to the Green Set when they think about it—that’s just as bad.

Electric vehicles – only half the equation

So obviously electric vehicles represent only half the solution to the carbon-dioxide problem. (That is, if it is a problem, which it might not be.) The other half concerns the energy for mining battery elements and recharging those batteries.

The Green Set wants to derive all that energy from “renewable” sources only. Today that means:

Each of these sources has its own problems. For hydroelectric power, one must transform a river into a series of lakes. Even so, a river can deliver only so much power. The Colorado River already is at its limit.

Solar cells shade the ground under them. For a rooftop, that’s ideal. But even in the desert, that can spread too much shade, and starve plants of sunlight.

Wind turbines kill birds. Many birds have died flying into those blades—blades they can’t see until the blades cut them in two.

And even if one can allow for—or mitigate—these problems, the Green Set must face a cold, hard fact. The sun does not shine brightly enough, nor the wind blow hard enough, for those two sources, together, to replace totally the energy budget of civilization. Even adding hydroelectric power will not suffice. To correct one persistent objection President Donald J. Trump has raised: the sun going down at night, and the wind dying, isn’t the problem. Batteries, or fuel cells, can store power in the daytime or when the wind blows. But those batteries will often drain completely at night and in the dead flat calm.

Setting limits on power sets limits on human activity. That is likely the very thing the Green Set wants. Zahra Hirji, writing at BuzzFeed, touts doing without automobiles completely, telling builders how to build, and forcing electric companies to rely totally on the three “renewable” sources above. The tone of the article betrays the real desire: curfew, candlelight and curtailment. Beginning with the very first Administrator of the Environmental Protection Agency, the “solution” from the Green Set has always been: curtail, curtail, curtail.

Where to get enough power for electric vehicles

To make those numbers for electric vehicles favorable, one needs more power. One source of “renewable” power is available, if we are willing to get it: space-based solar. One solar-battery satellite can deliver enough energy to a receiving station on Earth to replace a conventional nuclear power plant. Naturally we can build many of them, enough to replace nuclear power and add more power besides. That much power can run many electric cranes, shovels, and other systems at lithium, cobalt, and manganese mines. (Or one can employ one solution the German researchers recommended: hydrogen-oxygen fuel cells. They last longer and need much lower quantities of minerals to build.)

So this is not to say that electric vehicles have no place in a future, “green” or otherwise. But it is to say that, without discussing where to get more power, electric vehicles will not solve the problem. Civilization must address the pollution problem at all stages, from producers as well as end users.

A parking place for electric vehicles only, in a workplace garage, stands empty. The image, titled Electric Vehicle Parking (at Adobe) by jeckman on Flickr, carries a CC Attribution/Share-alike 2.0 Generic License. To view a copy of this license, visit: https://creativecommons.org/licenses/by-sa/2.0

America and the Family Business Rule

Solar power: must it cost more? | Conservative News and Views