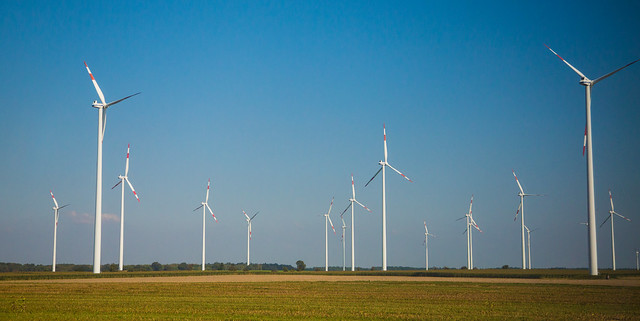 Earlier, CNAV treated the environmental soundness of electric vehicles. A German study released this week showed battery-powered electric vehicles are not nearly as environmentally sound as people imagine. In fact the study authors assert that even a Diesel vehicle does the environment less harm than an electric vehicle. That sounds totally counterintuitive, but has sound science behind it. The best way to see why electric vehicles will not save the planet—yet–is to understand their worst failing. That failing is efficiency, from the first fuel source to the wheels that give a vehicle its name.

How to measure efficiency

Energy efficiency, according to this article in Wikipedia, is the ratio of work done to energy put in. Energy, from the Greek en- within and ergon a work, is the ability to do work. In this case, moving a vehicle down a road takes work.

The Otto engine, that most conventional vehicles use, is least efficient at about 35 percent, best-case. Diesel engines fare better, at about 45 percent.

The steam turbine that runs your local power plant is slightly less efficient than a Diesel engine. It scores about 42 percent, give or take one. On this figure depends every calculation about the efficiency of a power plant that burns its fuel. With one exception: natural gas power plants, using a combined steam and gas turbine cycle, can score 60 percent efficient.

A word about nuclear power

Nuclear power plants are the least efficient of all. Their thermal efficiency is 38 percent, but their overall efficiency is lower still, at 0.27 percent. But the tremendous amount of energy from nuclear fission makes them viable, and their power cheap. That very low efficiency figure suggests much room for improvement. That improvement would lie in capturing more energy from fission to put into the steam turbine.

One can capture energy from the sun (on the ground) in one of two ways. Simply boiling water for a steam turbine yields an efficiency of 20 percent, even in summer. Photovoltaic cells do almost twice as well. Wikipedia cites efficiencies from a low of about 33 percent up to 46 percent for the best modern designs.

A hydroelectric dam can boast 80 or 90 percent efficiency, if one has a nearby river. One must also remember that one can put only so many dams in a river. Put in one too many, and the river slows to a trickle and helps no one.

A wind turbine scores at 30 to 45 percent. That depends on how strongly the wind blows and how quickly it can turn to face a gust. Gusts never blow in the prevailing direction.

Solar and wind energy are intermittent. To solve that problem, one must use a battery, either at the power plant or anywhere else in the grid. This article describes techniques for “grid energy storage” in use or development.

Almost ten years ago (in fact, two days before the Climategate story broke), Tom and Cathy Saxton scored electric vehicles at 80 percent efficient. Again, they measured efficiency in the vehicle, not for making the energy to put in.

The Saxtons also cited references that are no longer available. Happily, the Wayback Machine can bring them both back. Why the sources took those down, one can only speculate.

Can the grid stand the strain?

So even nine and a half years ago, the government never thought the grid could support replacing every car, etc. even with a plug-in hybrid. It could support an even lower replacement by battery-powered electric vehicles. That assumes no one builds any more power plants, nor shuts any existing plants down. But the Green New Deal calls for replacing coal, natural gas, oil, and nuclear energy with renewables only.

Second is the efficiency calculations page Tesla maintained at the time. Tellingly, Tesla does not maintain this page anymore. The direct link redirects to a page advertising Tesla’s charging options for the electric vehicles it makes. But the Wayback Machine shows us what Tesla was saying nine and a half years ago.

For electric vehicles, Tesla went to the “well” of natural gas. Natural gas carries most of the “peak load” for electricity; coal carries the rest. (Nuclear power carries the base load.) Tesla quoted 52.5 percent “well-to-station” efficiency, which agrees with 60 percent efficiency of natural gas power plants. Then they failed to “show their work” for calculating “vehicle mileage” and “vehicle efficiency.” So for what it’s worth, they boasted that their electric vehicles were twice as efficient as the best hybrids, three times as efficient as a hydrogen fuel cell vehicle, and seven times as efficient as a “muscle car” (like the Chevrolet Corvette®).

Even when Tesla kept up a calculations page, they didn’t “show their work.” So we cannot know how efficient electric vehicles truly are. Recall that German study showing that electric vehicles cause more “emissions” than they spare. Their manufacture causes the greatest amount of emissions. Driving them provokes more, in a country that gets its energy from coal.

More to the point: electric vehicles are the means for using “renewables” to power transportation. That applies to ground transportation only. (Recall also that the GND proposes totally obviating air transport, with no distinction between overland and overseas flights!)

The site Statista.com shows the total energy budget of American civilization, by source. If electric vehicles score 73 percent efficient after charging, then perhaps one-half of the total energy contribution from crude oil would suffice. That comes to 18 quadrillion BTU, or 18 quintillion Joules, per year. (1 BTU comes to a thousand Joules, in reasonably round figures.) This takes into account the use of petroleum in industry and aviation. Electric motors can replace piston engines but not jet engines. Forget trying to do without air travel. Instead, someone will need to develop a jet engine that uses hydrogen instead of kerosene.

And the numbers come to…

The total land area of the USA is about 9.1 million square kilometers, or 9.1 trillion square meters. But that includes settled land, Native American reservations, rivers, and lakes. And in what remains, someone must find land equal to 3.7 percent of all the land in the United States.

Where are you going to find the land?

OK, ye Triumfeminae of the House! Where are you going to find all that land? Talk fast! You gave yourselves and the country ten years!

Or did you in fact plan to confiscate all “light-duty vehicles” except for police and military vehicles and official limousines? And maybe jam everyone into some of Paolo Soleri’s Arcologies and get the extra land that way? To paraphrase a popular scandal rag, inquiring minds want to know. Inquiring minds also want to know why civilization should stagnate, as it must under this regime.

One final word: the accident hazard

Remember, too, one last hazard of electric vehicles. “One false move, and ZAP!” So said an automobile mechanic working on plug-in hybrid models. The batteries in all-electric vehicles are even more dangerous, not only to mechanics but also to emergency first responders.

These wind turbines stand somewhere along the road from Hamburg to Berlin, in Germany. Wind power has an even larger footprint-per-unit-power than does ground-based solar power.

“Wind Turbines” by Tony Webster is licensed under CC BY 2.0. To view a copy of this license, visit: https://creativecommons.org/licenses/by/2.0.

1 A triumfemina or triumfem is the female counterpart to a triumvir. The Triumfeminate of the House includes Reps. Alexandria Ocasio-Cortez (D-N.Y.), Rashida Tlaib (D-Mich.), and Ilhan Omar (D-Minn). They back each other up in everything each of them says or drops into the hopper. Caesar, Pompey, and Crassus did one another such favors in ancient Rome. And through sheer intimidation and virtue-signal desire, these three women, and not Rep. Nancy Pelosi (D-Calif.), Speaker of the House, lead the House.

Why History Is Important