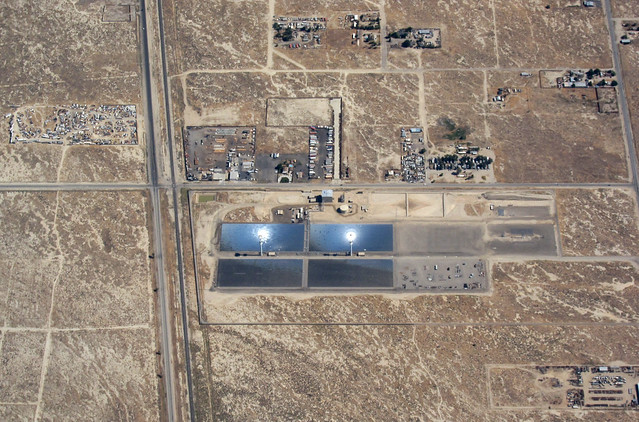 Solar power sometimes costs more to implement than power from natural gas or coal. This holds even when those latter two fuels are expensive because they must ship in. The intermittency of solar power (or wind power) means one must back it up or route excess power somewhere. If this does not happen, solar power can go to waste—or worse, bring down an entire electrical grid. But these dire outcomes do not need to happen.

Environmentalists have long dreamed of turning sunlight into electric power, and one can easily see why. Life itself uses a form of solar power; we call it “photosynthesis.” In fact, photosynthesis is the ultimate power source for all life on Earth. Those life forms that don’t use the sun, eat other life forms that do.

Environmentalists love solar power for what it doesn’t do. It doesn’t smell or poison living things in any way. Nor does it emit carbon dioxide as it works. (Photosynthesis absorbs and transforms carbon dioxide, of course.)And no matter where one stands on Earth, the sun can give at least some power.

Solar power also attracts people having other things on their minds. Like well water or one’s own garden, it can give a measure of independence. In theory, even when the (local or regional) power grid fails, solar power can keep one’s own lights on.

People in isolated tropical regions look to solar power most eagerly of all. Australia, to give the prize example, gets more sun for its people than anywhere else in the world. Half of it is tropical, and the other half is almost tropical. Fossil fuels cost a prodigious amount to ship in. They also have fallen out of favor with the “global warming” crowd. Even without that, using them emits toxic gases no one cares to breathe, even in trace amounts.

The U.S. State of Hawaii has an even more acute shipment problem. Australia is big enough to have some fossil fuel reserves. The Hawaiian islands, in contrast, do not.

One might think solar power an ideal solution, especially for regions like Australia and the State of Hawaii. But the very nature of solar power has created its own problems.

Solar power works in two ways. You can focus the sun’s rays on a water tank and boil the water in it. Then you use the steam to drive a turbine. Or you place a panel of photovoltaic cells so that the sun’s rays strike them as near-directly as possible. The boiling-water method is 20 percent efficient in the best case; photovoltaic cells are as much as 40 percent efficient. What energy either method does not capture, it releases as heat.

Too much power, then not enough power

In the early days of solar power, most regions adopting it saw a few extra inputs during the day. Homeowners and owners of low-lying office buildings typically mounted solar panels on their roofs. At first the local power company paid little for power coming into the grid, and charged more for power coming out. This led most wags to criticize them for wanting to profit at ordinary ratepayers’ expense. But the power companies had other, more urgent reasons for doing this.

Throughout the history of electric power, all power has gone into a common grid—with no place to store the power. One can store oil or natural gas or water, but not electric power. (Not yet; more on that below.) So power in excess must flow somewhere, or it shorts out key junctions. Result: blackout. And today, managing the grid is a balancing act requiring consummate skill and constant, around-the-clock attention.

Keeping power supply and demand in balance is difficult enough with multiple power plants that can scale up, or down, at need. Solar power can’t do that. The only way to regulate power output during the day is to cut off part of the array to stop any excess. An individual homeowner or other building owner can’t do that to any good extent. So the power companies tended to discourage people adding power into the grid, because it cost them more to manage it.

When the pols weigh in

Naturally the politicians weighed in. Electric power has always been a public-private partnership, if not a totally government-owned enterprise. Ratepayers call their legislators, and legislators call company execs. And those execs have to listen. So now it’s easy to sell power back to the power company by day and buy it back by night. Many jurisdictions today use “net metering,” so the power company makes no further effort to find out when the power went in and when it came out. Instead they read the meter every month and charge (or rarely, credit) the owner for the difference.

And on the larger scale…

What happens, then, with large-scale solar power? Say, when half the homeowners and building owners use solar “shingles” or strap-on panels, and the utilities build solar power “farms”? When that happens in Europe or the continental USA, governments find themselves with excess solar power on hand. They then must pay people to take that solar power off their “hands.” If they don’t pay, the grid will go dark. That costs money. Michael Shellenberger at Forbes reports on a study showing how much money that now costs. The study in fact says the costs far exceed the “social cost” of emitting the carbon dioxide the solar power is supposed to spare.

In fact, Mr. Shellenberger indulged in more than a bit of the “I told you sos.” He predicted this result a year ago and also described the intermittency problem that incurs this result.

And when you’re isolated…!

Australia has a worse problem: nowhere to send the power! Remember: Australia is on its own continent, with the ocean all around it. So all that power goes to waste, if it doesn’t short out the grid. And when the sun isn’t shining, that power isn’t available—and again the grid goes down. South Australia has suffered blackout after blackout for that very reason. This might be one reason why the Australian government would rather homeowners install their own batteries. In that way they can manage their own solar power.

But a better way exists

As Mr. Shellenberger pointed out, solar power (and especially wind power) needs a backup. That backup can be either a conventional power plant or a big battery. With that battery one can store excess power and release it when people need it.

The Australians quickly tired of using coal-fired power plants to back up their solar power. Then Elon Musk of Tesla made a radical proposal. He proposed to build the largest battery in the world. Let me build your battery, and if I don’t get it done in 100 days, you can have it free of charge, he said.

In fact Elon Musk did build his battery on time. Within weeks the battery proved its worth. By charging during peak solar power output, it solved the where-to-put-it problem. Then when solar power fell off, the battery switched on in less time than one takes to think about it. Result: the lights stayed on. (The owner-operator of the battery, the French company Neoen, made $1 million Australian in two days.)

What works in South Australia will work elsewhere

Tesla and Neoen plan to duplicate their achievement in the Australian State of Victoria. Neoen also wants to build an even larger battery in Queensland—which, unlike South Australia and Victoria, is entirely tropical.

More to the point, the State of Hawaii has signed on for their own experiment to use a battery to solve the intermittency problem.

The State of Hawaii had to act. Importing fossil fuels bleeds them white. And they must import; they cannot produce any fossil fuels on their own. So any replacement for fossil fuels is welcome. Therefore Hawaii was ripe for this laboratory experiment in how to make solar power work.

These examples illustrate the best way to use batteries: to back up particular solar power or wind power “farms.”

The Australian and Hawaiian experiments have only recently begun. They will soon have to strike a balance involving land use for power. Solar power requires three times as much land as conventional power. Wind power requires more, but at least wind turbines can share the land better than can solar panels.

Replacing conventional power constitutes “phase one.” Phase two will involve expanding the grid to power electric vehicles. On Hawaii especially, that will be very attractive, because conventional vehicles need imported fuel, too. But of course electric vehicles—and electric aircraft—will need an even more power capacity.

Furthermore, today home and building owners typically tie their solar power roofs to the grid. Very likely the grid managers will encourage more such owners to install their own batteries. We see it in Australia; one should expect to see it in Hawaii—and everywhere else. A power grid with this distributed storage will manage solar power much more effectively. It will also cost less to run, and be less likely to go down for other causes.

This image of a solar power plant near Palmdale, California, comes from Nelson Minar. It is licensed under CC BY-SA 2.0. To view a copy of this license, visit: https://creativecommons.org/licenses/by-sa/2.0.

Related Topics:environmentalismscientific theory
Up Next

Michael Moore warns against his own | Conservative News and Views

[…] electric vehicles must recharge, and their charging stations are on the grid. Moreover, solar and wind farms also need the grid for backup. And at present, the usual backup is peak-load carriers. Which means […]