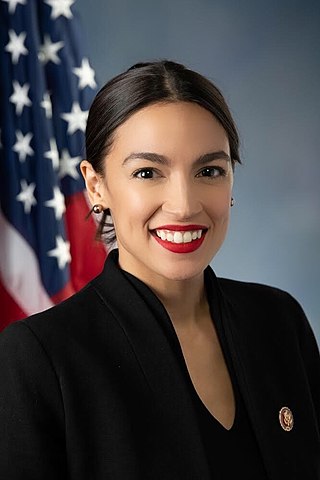 Representative Alexandria Ocasio-Cortez (D-N.Y.-14th) first introduced her Green New Deal on 7 February 2019. Two days ago, Representative Robert F. “Beto” O’Rourke (D-Texas-16th) introduced another draft of it, under his own name. Tellingly, Rep. Nancy Pelosi (D-Calif.), the Speaker of the House, has declined to support either version. Maybe she declined out of sheer jealousy. Ancient Roman Senators often opposed even good ideas, for no reason other than that someone else proposed them. But in fact, people of good heart should oppose the Green New Deal. For while it advertises a motive to keep Earth hospitable for human life, it has another, hidden motive. That motive is to engineer scarcity, deliberately and with a calculated view to introduce socialism in America and worldwide.

Lay aside for a moment the extraneous parts of the Green New Deal. Things like payments to people “unable or unwilling to work” obviously have nothing to do with the environment. So obvious is this lack that a savvy proponent will quickly scrap those parts when bargaining to enact the whole. They are like the “control questions” in a lie-detector test—the throwaway questions the examiner asks between “relevant” questions. He asks them only to make the subject sweat, palpitate, huff-and-puff, and give other signs and symptoms of lying.

In fact, CNAV gives Reps. “AOC” and “Beto” credit for being smarter than their detractors think they are. For the sake of argument, this is a good first-order assumption. In light of which, only the parts directly relevant to an environmental ethic merit consideration here. For these parts, “AOC” and “Beto” will never scrap, because they are the whole point of this exercise.

…and the relevant questions

Therefore let us examine the relevant points of the Green New Deal. First, it calls for completely abandoning fossil fuels, in transportation, electric power generation, and industry. That includes abandoning fossil-fuel use in aviation. Now AOC knows that commercial jet airliners and air freighters must run on fossil fuels. That’s because nothing else has the “specific impulse” of jet fuel. So she proposes to “build high-speed rail to the extent that makes air travel unnecessary.” Bear this point in mind when considering the other points.

Second—and more to the point—it calls for abandoning nuclear fuel as well. Nuclear fuel carries the “base load” for electric power in America today. Yet she wants to carry this load using “renewable energy” only. Most of that would take the form of solar and wind power.

Third—maybe most important—she sets a very strict deadline. She wants the country to do all this in ten years. Bear this in mind also when projecting what will actually happen with this program.

What about the Beto plan?

A detailed engine search for Beto’s version of the Green New Deal reveals more details on the ways and means of his plan, but fewer details on its implementation. Furthermore, Beto posts a time frame of thirty years, not ten. And already his critics accuse him of wimping out. See these articles in The Washington Post and Fast Company.

In short, those environmental activists demand the ten-year time span.

Thus far, neither AOC nor Beto mentioned hydroelectric power as a source to include or eliminate. But some of their likely friends might urge them to scrap it. Duncan Graham-Rowe, writing in New Scientist, asserts hydroelectric dams do emit carbon dioxide and methane. Much of these gases go out when the lake forms behind the dam. Later, as the plants further rot away, the gases come out through the turbines and spillways. When do these gases stop coming? Thus far, no one can (or will) say.

Don’t let the Green New Deal proponents surprise you, therefore, if they propose, for example, shutting down Hoover Dam and letting the Colorado River run without dams. They’ll tell you that as the lake beds recover, they’ll act as carbon sinks. They could even argue that solar panel farms on a fraction of the former lake beds could deliver twice as much power, or more. And if these figures on the “footprints” of solar, wind, and hydroelectric power are correct, that argument might be valid!

What a truly reasonable Green New Deal would look like

That ten-year span alone makes the Green New Deal unreasonable as an environment saving plan. To understand why, let’s see where we sit with technology today and what reasonable renewable energy would include.

that fossil and nuclear fuels in transportation, industry, and power generation, make power amounting to 2.2 terawatts. (Actually they make more, but if electric vehicles use their power efficiently enough, 2.2 terawatts might be enough—for now.) To replace all that with solar power alone, one needs to take over the fossil fuel and nuclear “footprints” and then find another 332,000 square kilometers. That comes to 3.7 percent of the land area of the United States.

that solar power has a problem with intermittency of power. When the sun goes down, the power stops coming. Lose the sun behind cloud, and power drops considerably, if not to zero. One can solve this intermittency problem by building batteries to store the power during the daytime. But today that could come only at considerable extra cost. We deal here with the 48 contiguous States, plus Alaska (even further north, and not Australia or Hawaii.

Could the country find the land by letting the water out of an existing hydroelectric lake or two? Maybe. But one still must wait for the land to recover, before one can build on that land again. That takes time—and probably more time than AOC and her fellow “tree huggers” want to wait. Remember what she said: ten years. The only way to avoid that is to cancel a currently planned hydroelectric project. If one then builds solar farms on that land instead of flooding it, one can then produce power right away. Could it make up for shutting down a working dam and letting water out and the lake bed recover? We cannot know, because we have never tried it.

Outer space holds the eventual answer to providing power for everyone for all time. (So would fusion power—if we can make it work.) At geostationary Earth orbit (GEO), a satellite could stay in sunshine all the time. (Exception: during a solar eclipse. But perhaps enough satellites could stay on line to make up for that.)

To make that happen probably would take another fifty years, to develop:

What to do in the meantime

While the ISEC develops its space elevator plan (perhaps in time for Elon Musk’s Falcon Heavy rockets to help build it), how does society manage in the meantime? Now you know why not to abandon nuclear power. New designs could use thorium, of which Earth has three times as much as uranium. Thorium would also be safer to handle and create a more manageable waste problem than do most current designs.

And this young man might have the answer, an answer that impressed even the TED company. If his boasts are accurate, he has even solved the dilemma of dealing with obsolete nuclear weapons.

Neither AOC nor Beto nor any other Green New Deal proponent can claim ignorance here. It’s their job to know how to replace fossil fuels, what to do in the meantime, how long it will take, and how much it will cost.

What the Green New Deal will really look like

Thus AOC and Beto and the rest know, or should know, the right way to move forward. A zero, or at least lower, emission future is within reach. Reaching it will take time. But even if one accepts the dire warnings from the UN about carbon dioxide emissions, these in-between steps will work.

So why do AOC and presumably Beto insist on scrapping nuclear power? Now look at the real future. These environmentalists tend to be an impatient lot. They do not politely suggest; instead they scream. “NO NUKES!” “Stop carbon emissions NOW!” And other such pleasant ways to make their point.

What they want instead

Instead they want a future with just enough power to run their vaunted energy-efficient buildings. These will be mixed-use buildings, with shops on the ground floor and apartments above. (Which will be almost like the insulae of ancient Rome.) And instead of replacing the “light-duty vehicle” fleet, they will scrap it. In their future, no one will “need” a car. Therefore, no one will have a car, except:

And when the power runs out, they will answer with blandishments, as socialists always do when anything runs short. Socialists never deal with shortages; they instead use them to control the people.

And the power will run out, and often. Batteries can remove intermittency but not insufficiency of power. Leaving power insufficient will become the excuse for the regime the authorities wish to impose. And that regime consists of:

To sum up the Green New Deal

We must, therefore, assume the architects of the Green New Deal wrote it to engineer scarcity of energy. They don’t care about the environment per se. Instead, they care about limiting economic activity. One can add “energy” to “food” in a list of things which an authority can control, to control the people.

The Assumption of Dignity

Solar power: must it cost more?

Quarantine - journal of the plague year | Conservative News and Views

Climate change in the Senate | Conservative News and Views