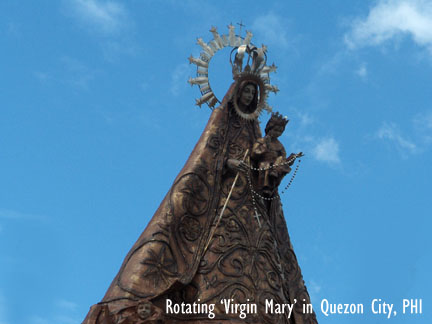 Hello this is Darrell Castle with today’s Castle Report. Today I will be talking about a subject that is very dear to most of us. Yes, human sexuality is kind of important, but right along with it in terms of importance is human civilization. The degrading of human sexuality is just one of the many termites eating away at the foundations of human civilization. Obscenity and pornography, both tools of the termites, are perversions of the sexuality given to humanity by God.

Sexuality, when used as a destructive weapon, is very effective because it appeals to our base and uncivilized nature. Civilization is in fact far too important for those of us who remain civilized, to have turned it over to a bunch of uncivilized people to set the agenda under which we must live, but that’s apparently what we did.

We have about 2000 years of this civilization behind us with all its achievement in science, music, art, literature, architecture, and yes even religion. This civilization that we call Western or Christian Civilization has that name because it was the creation of the church and Christianity. The very foundation of Western Civilization, the same one the termites are eating today, was the creation of the Church. Many of the things we used to take for granted, but which now seem quaint or even backward such as respect for and protection of women grew out of the Catholic tradition of devotion to Mary, the mother of Jesus. The art, literature, music, architecture, etc. that followed was simply an expression of that faith.

…and now against it

Human sexuality, and especially the treatment of women, is the obvious best weapon to use in the war on Civilization and the order of being. A good example today would be a bill the Democrats call “The Equality Act” which should tell you that it has nothing to do with equality. Instead, it is an attack on Christianity and the tenants of Western Civilization. The bill was recently passed by the House but probably doesn’t have much chance of passage in the Senate so we will hopefully escape its threat for awhile at least. In the house, every single Democrat plus eight Republicans voted for it.

More important to the left even than Title 9?

The legislation would add sexual orientation and gender identity to characteristics protected by the 1964 Civil Rights Act. The LGBTQ community is a top priority for Democrats as Nancy Pelosi said so they are willing to place these draconian measures on the rest of us in order to buy the votes of that community. The act would require high schools to allow biological males to compete on girl’s sports teams if they identify as a female and are in the process of becoming a transgendered person. At the last minute an amendment was added to preserve Title 9 and women’s sports but the Democrats, the party of women, soundly defeated it.

Title 9 which requires equality for women’s sports on the high school and college level was a hard fought battle nearly fifty years ago but Democrats in the House today just throw it away as if it means nothing. They misname their bill “The Equality Act” I suppose to obscure the fact that it deprives a large portion of the population of legal protection and equality.

Sexuality, used as a weapon, is not a new thing at all. We have to go back about 100 years to see the beginnings of the long fight to take away the community standards which allowed individual communities to regulate and prevent what they deemed to be obscene. Little by little and film by film the battles were fought with the pornography industry unwilling to ever concede defeat but always taking the fight to the next level. The real and final battle began in the 1970’s with the court struggles over the Paris Adult Theater cases and the Deep Throat Cases.

The Paris Adult Theater cases arose out of Atlanta, Georgia, when the Paris Theater was showing two movies deemed obscene by the Atlanta district Attorney and he brought obscenity charges and asked for an injunction. That case went all the way to the US Supreme Court which said that there was no 1st Amendment right to show movies deemed obscene in that particular community even if the audience was restricted to consenting adults as was the case in Atlanta.

Argumentum ab auctoritate – in a court of law

The Paris Adult theater cases never seemed to stop and memory tells me that there was still litigation at the Supreme Court level in the 1990’s. Obscenity cases and individual communities’ efforts to establish standards were very prominent when I was in law school in the mid 1970’s. One of the lawyers prosecuting those cases lectured for awhile at the law school. He said the tactic of the other side was to present experts who would say look all smart people feel this way and if you don’t well I guess you’re just ignorant.

He went to the same university faculty, UCLA, to the same floor of the same building and found an expert with the same qualifications who said, no, not all smart people feel that way, I’m smart and I don’t feel that way. So neither side gave up the fight but eventually the side favoring release of obscenity prevailed and pornography became main stream.

In the early 1980’s the movie industry tried to disarm its opponents by promising to self regulate. Out of that self regulation evolved the Motion Picture Association of America film rating system. The first film to use it was Red Dawn, a futuristic film about a Russian invasion of America. Red Dawn got the first PG-13 rating which was supposed to require strong guidance for the attendance of children under 13. The self regulating system still exists today with most films getting either a PG-13 or R rating but those getting a G always seem to do well.

Many people saw these obscenity cases as the efforts of people to gain more freedom in their lives, but little did we know that they were really just efforts to destroy civilization as it existed at the time? I’m not saying that all pornographers were out to destroy civilization, most were just out to make money from people’s base nature, but I have no doubt that the driving impetus, and much of the funding came from the barbarians at the gates of civilization.

With the Internet, nothing is local anymore

The obscenity cases were eventually all lost, so communities, including mine, set out to attack the pornographers in different ways like they did Al Capone. Instead of obscenity charges they attacked them with criminal charges of racketeering, drugs, prostitution, money laundering, human sex trafficking, etc. Those charges were very successful and many went to long prison sentences.

Along came the internet and destroyed all the arguments and all the protections established over decades of battles. The internet solved the controversy over communities’ right to regulate obscenity because it could not be regulated locally and was available to anyone. People portrayed on your computer, or your child’s Smartphone, could be operating from anywhere in the world. They are free to degrade and dehumanize women to their hearts’ content and pay them for any level of degeneracy that can exist in the minds of humanity. The only thing out there that is forbidden now is child pornography and even that is so widespread that it is almost impossible to stop.

Abuse of children, not merely in front of them

Child sexual abuse and exploitation is the ultimate degradation and the bottom of the barbaric destruction of civilization barrel as well as the inevitable result of the degradation that pornography brings. Many fine people devote their lives to fighting it, but many not so fine people in high places devote their lives to participating in it. The sexual exploitation of children appears to be a rite of passage for such people. Once a person has reached that level of degradation he is easily controlled and blackmailed by others.

Many live just for today and pay little if any attention to the future. The film industry and also the media in general as well as the corporate giants promote the new modern version of civilization. That version is an empty, hollow existence that depicts family life as dull and oppressive, but encourages perverse forms of sexuality and drugs as an alternative to fill the void. The future is devoid of meaning and there is no need to think about what will happen to our children if we have none. Why not eat the seed corn right now instead of planning for next year’s crop?

A future without meaning

That attitude is hard for any civilization to survive. Living just for today without an interest in the future beyond the life span of each of us which the children will inherit is sure death for the current civilization. Those who daily attack the foundation of civilization have been very successful in destroying our spiritual lives as well as faith in anything outside ourselves. This is all degrading and soul destroying to the individual and something must numb the pain whether pornography, some other perverse form of sexuality or addictive drugs. The good news is that there are always plenty of people willing to encourage and fill those needs and that is the darkness of humanity and the darkest side of the human personality.

Without God, anything is permissible

Since I said earlier that the civilization currently being destroyed was formed by the Christian Church, think about the issue of control in this way. God sets the order of being for us and he told us all about it in his word. If there is no God, as we are continually reminded, then we are no different from the animals.1 Rather than being uplifted as created in the image of God, we are lowered and degraded to the status of animals, and are therefore easy to control with the modern version of bread and circuses.

Finally folks; the civilization destroying barbarians have already raised their flag over the great capitals of Europe and have made great progress in America, but seeing their flag flying over America would be the infinite sadness so we fight on.

1 Editor’s Note: Fyodor Dostoyevskiy (The Brothers Karamazov) expounded on this fact. (And anyone who tells you different is blowing smoke—nicotine or tetrahydrocannabinol, makes no difference.) See here, here and here.

“Virgin Mary 1”by Constantine Agustin is licensed under CC BY-SA 2.0

A Short Response To Mordechai Kedar’s No More Safe Haven