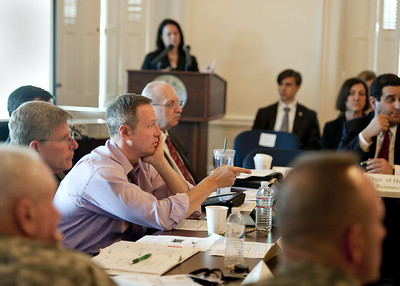 “To learn who means to rule over you, simply find out whom they do not want you to criticize.”

Terror-tied Council on American-Islamic Relations (CAIR) is at it again in Minnesota. They are attempting to browbeat into submission anyone who dares call them out for the crimes. Remember that they have the spear, not the shield.

The word “Islamaphobia” is oftentimes heard throughout the mainstream media, attempting to put them into the position of the victim while doing their best to hide their crimes.

These people are not the victims, America, they are the perpetrators (Isaiah 5:20).

It is an attempt to cover for those that are now invading and attacking our system of Church-government by browbeating those who dare speak out into submission. It is important for you to understand this.

With help from a Muslim AG

In Minnesota, all this comes with the help of Governor Tim Walz and Attorney General Keith Ellison (Treason-Article 3, Section 3, US Constitution).

What the media and CAIR failed to share with you are the facts, the facts that expose them for their continuous barrage of lies and crimes against humanity.

Recently, we saw the media hand in glove with corrupt representatives doing just that through the likes of The New York Times.

Making a minister apologize for telling the truth

LONSDALE, Minn. — A Minnesota Roman Catholic priest apologized Wednesday for saying in a sermon that Islam was “the greatest threat in the world” to the United States and Christianity.

The Rev. Nick VanDenBroeke apologized in a statement issued by the St. Paul-Minnesota Catholic archdiocese. He had made the comments in a Jan. 5 sermon at the Lonsdale, Minnesota, church where he serves as pastor.

The Minnesota chapter of the Council on American-Islamic Relations, a civil rights group, had called earlier Wednesday on Minnesota’s Roman Catholic church leaders to repudiate the sermon.

In his statement Wednesday, Van DenBroeke said his homily “contained words that were hurtful to Muslims. I’m sorry for this. I realize that my comments were not fully reflective of the Catholic Church’s teaching on Islam.”

Instead of this priest standing up in defense of what he said, which was true, he capitulated, tucked tail and ran in the direction of failing to protect the flock while giving entrance to the wolves (Psalm 78:9-10; John 10:12). Why did he apologize?

Muslims spread terror wherever they migrate

Take a look at Muslims from the east that are plundering countries they are entering:

If you are looking for proof of a conspiracy by the mainstream media, which are owned by 6 corporations worldwide, and corrupt politicians, you need not look any further than this article (Jeremiah 11:9).

This was not just reported by the local news “useful idiots” like, KSTP, Fox News 9, KARE 11, CBS Local, Minnesota Public Radio, and the Minneapolis Star and Tribune, it was also reported on a national level as well in USA Today, New York Daily News, New York Post, and The Washington Times.

“If we are practicing Muslims, we are above the law of the land.” -Mustafa Carol, Director CAIR Texas

A history of complicity with enemies of America and Americans

Does it not amaze you how the CIA-controlled mainstream media is right there in browbeating anyone that dares to speak out against the crimes of those who mean to conquer this country?

Then again, the mainstream media has a long history of covering for those that are conspiring against the American people. Both from within and from without.

Time for Christians to arise

Most that call themselves Christians do not realize that they must boldly rise up, in action, and speak the truth from the Word of God (James 2:14-26) rather than succumb and deny the faith in advocating for another like this priest just did (Judges 5:8).

“Cabinet Terrorism Drill” by MDGovpics is licensed under CC BY 2.0

Geopolitics and the Wuhan Flu

Only The Likud Can… Sell-Out