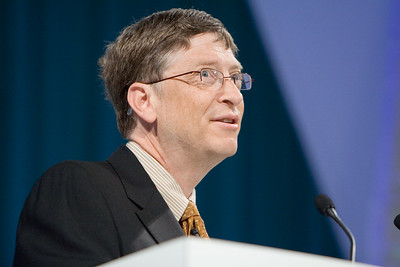 “The world today has 6.8 billion people. That’s heading up to about nine billion. Now if we do a really great job on new vaccines, health care & reproductive health services, we could LOWER that by perhaps 10 or 15 percent.” ― Bill Gates, in a TED Talk.

This last week on my radio show, we took the time to bring about an expose from a television program from 2003 called “Dead Zone,” which forecasted the “coronavirus” to a tee.

The show used words such as virus, mask, lockdown, authorized quarantine, coronavirus, statements such as:

Then it went back to:

all of which are inundating you today through the propagandists in the mainstream media.

Bill Gates “forecast” a virus of this kind five years ago

Now, outside of the fact that this, along with the movie Contagion, which came out in 2011, Bill Gates was forecasting this virus in 2015. In 2016, we have Celeste Solum, former FEMA worker for 20 years, telling us that it has been in the books since 2016.

Then in 2017, Anthony Fauci was forecasting the virus. And “shazam,” out of nowhere, we are now dealing with a mysterious virus that just appears. And they actually expect that you will believe what it is that they are saying to you (John 8:44).

Bill Gates throws off on all who oppose him

We know all this. Now out of his own mouth we have Bill Gates coming out and accusing others of that which he is guilty. He is accusing those who refuse his vaccinations as those who are endangering the lives of others (Revelation 12:9-11). Friends, this is the ignorance and contradictory talk, Doublespeak, that they want you to overlook (Hose4:6). A little history lesson reveals that Bill’s daddy was the head of Planned Parenthood. Which is also responsible for the murders of more than 60 million innocent babies (Proverbs 6:17).

Melinda Gates ready with a plan

On top of this, Melinda Gates, wife to Bill Gates, now comes out. She lays out her plans for vaccinating the world’s population. And the CIA-controlled media is right there with the camera and microphones up to her mouth in promulgating their United Nations agenda.

A vaccination for a virus that they cannot substantiate?

One has to only ask themselves. How have the Gates’ come into a position of telling anyone what is good and/or bad for them when it comes to their health? Did you vote for them? It is a perfect example of who it is, with masks off, who call the shots behind these Judases (Luke 22:48) that Americans believe to be their representatives, which are merely special interest groups.

BLM and Black Nazis are Evil Like White Nazis

[…] Deranged Bill Gates Accuses Those Who Refuse to Take His Vaccines As Those That Are Endangering The …Bill Gates Dad Was Head of Planned Parenthood (60 Million Babies Murdered), Inspired His Population Control Views – And He Wants to Help People? Get Behind Me Satan! (Videos)Since When Did Bill Gates Become the President of The United States? Then Why is Every Member on Donald Trump’s Coronavirus Response Team Pushing His Vaccinations? (Videos)Bill Gates in prophecy?Common Core: Gates UnhingedAny Questions Left Concerning The Coronavirus as Being a Manufactured Crisis, This Will Surely Put Them to Rest – 2003 “Dead Zone” Forecasted 2020 Plandemic Verbatim (Video)Vaccination and DominationA Journal of the Plague Year – The Cure is Worse Than the DiseaseA Journal of the Plague Year – Are the Numbers Bogus? […]

When will we return to normal? | Conservative News and Views

Bill Gates, what is in your vaccines? | Conservative News and Views

[…] today in the midst of a created crisis working to lower the world’s population just as Bill Gates proposed to do back in 2010 (John 10:10). This should come as no surprise due to the fact that he was influenced […]