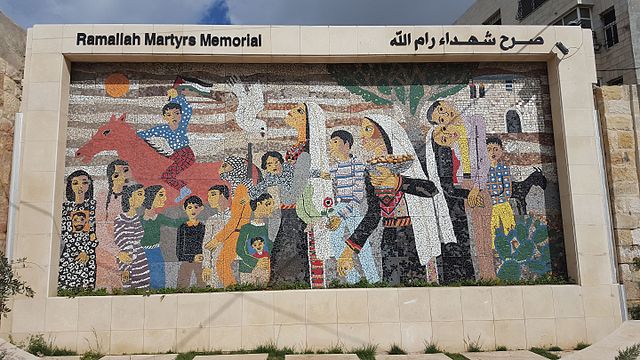 This is my fifth review of a children’s propagandist library book. Tasting the Sky described Barakat’s childhood. Balcony on the Moon covers her high school years and her ongoing pursuit for Palestine.

Perpetuating lies that are too easy to believe

Ramallah-born Ibtisam Barakat, a kind, intelligent child, has become a thoughtful, accomplished young woman. She excelled in her studies and defied Islamic custom by breaking free of an early arranged marriage to pursue her education.

In her book, Balcony on the Moon, she explains that she was born in “Palestine.” But she questions why it appears nowhere on a map. Except for the nineteen years of Jordan’s rule over its “West Bank,” it was historically Judea (from which derives “Jew”) and Samaria. The name Palestine was a Roman-contrived insult to the Jews, a taunt of their ancient Cretan enemies, the Philistines.

Ibtisam’s surname, Barakat, is Egyptian. Her mother is Bedouin, a nomadic people. There is no history, government, language, culture, literature, monetary system, or archaeological evidence of a Palestinian nation.

As further explanation, the following is my abridgment of Efraim Karsh’s The Privileged Palestinian“Refugee.”

After World War II and the displacement of millions, the UN General Assembly organized the International Refugee Organization (IRO) in December 1946. Only the Arab escapees of the 1948-49 war received their own relief agency with 110 times the money allocated to others worldwide, although they did not meet the conventional refugee concepts. They were not unprovoked victims, but the aggressors who should have compensated their Jewish and Israeli victims. They were not displaced victims because they remained in their country of nationality, and they had no fear of persecution because Israel did not persecute them. Israel’s future prime minister, Ben Gurion, promised them equality without exception, no harm, no expulsion, but peaceful coexistence with Israel’s Arab population. Nevertheless, the UN blindly registered the false claimants as refugees, a lie, even adding new non-Palestinian arrivals to the roster.

The truth can be hard to take

They could not return to their dwellings in Judea and Samaria, Jordan’s West Bank, because Egypt and Jordan prohibited them, and Israel was awaiting a workable peace plan. Those who fled to Jordan became Jordanian citizens. And had King Hussein not attacked, there would have been no war, no refugees, and the West Bank would have remained Jordan’s.

Within months of its creation, UNRWA should have yielded control to the host countries and ended UN support for the works program on June 30, 1951, but it didn’t. The Arabs refused to improve their condition and, instead, demanded increased and improved medical and education services. The works program became a relief operation for an exaggerated number of Arabs; the mission of reintegration was all but abandoned by 1956.

Seventeen thousand displaced Jews in Israel plus hundreds of thousands of Jewish refugees from Arab countries were absorbed into Israel’s citizenry, but the Arabs perpetuated their entitlement status of welfare recipients for generations, now in its 72nd year of eternal refugeedom. Each time the Arabs were offered a large expanse of land, they refused and went to war. They remain in the West Bank and in Gaza, hoping to someday conquer Israel and rename it Palestine for themselves.

Ibtisam Barakat’s Author’s Note begins: “When I mention that I am Palestinian, I am often asked: but where is Palestine on the map?” She defines it geographically as an area ruled by many nations, Ottoman governance until World War I and a British military mandate until 1948. (TK-Next followed Jordanian control for 19 years following its attack on Israel, until Jordan lost another attack in 1967, when Israel, the victor, was forced into administering the territory. It is now called “disputed land,” not Palestine.)

Lies about Israel owing its existence to the Holocaust

Ibtisam continued that Israel became a state because of the Holocaust, an incorrect, perpetual lie. Theodore Herzl, journalist, playwright, and visionary began bringing the centuries of love of Zion (Israel) to the world in the 1800s. Ibtisam said that Britain had suppressed Palestinian aspirations for freedom, not true, a lie, and that Israel received three-quarters of the mandate, also untrue, a lie. The Jews suffered betrayal in several ways over 100 years. For one, 78% of the land the British originally promised to them became Jordan. For another, the Arabs west of the Jordan River declined statehood. They were Egyptians, Yemenites, Iraqis and sundry nomadic tribes, not Palestinians. They adopted the term in 1967 to support their victimhood narrative (a lie) with its lure of financial aid and the eventual goal of eradicating the Jews. And they eschewed statehood and independence.

During and after the Holocaust, many Jews returned to their homeland. It was then a borderless swath of land that the world called Palestine. There they embraced Zionism, the movement to re-create the Jewish state. After tirelessly petitioning for an independent state in their homeland, Israel became a UN-recognized, independent nation in 1948. Tension between Jews and Arabs a constant, now escalated. So the neighboring Arabs immediately waged war against the nascent state.

History of jihad – the truth behind the lies

Lest Ibtisam or the reader continue the belief that the upheaval rests with Israel’s rebirth, we must return to the history of Islamic Jihad, beginning with Mohammed’s slaughter of Meccan Jews in 620 CE to the present. The Quran commands violence. Muslims must convert or eliminate all non-Muslims. Mohammed founded the deadly cult of Islam. His words encouraged Islam’s children to relinquish their lives so as to take the lives of others. Only Islam has this unique fanaticism of a self-sustaining religious component that feeds on the psychological weaknesses of humans who fear the unknown and need a secure hereafter. This is what drives them to:

That is: the comfort that the rest of the world must follow their view.

Ibtisam continues her story of family and school, surrounded by war and war stories. She never learns that their leadership refuses statehood and independence at every opportunity. Nor that her people’s political narrative of victimhood is a fallacy, another lie. Just as she seeks independence, so too could her people have done the same. The key was in their own hands.

In ninth grade, she learns about Dalal al-Mughrabi, the female terrorist responsible for the 1978 Coastal Road massacre in Israel, killing 39 Israeli civilians, including 13 children, and compares 30 hours of fierce offensive terrorism with Menachem Begin’s defensive actions. Attempting to equate an act of terror and slaughter with Israel’s self-protection is an invention, a lie. She learns to create her own newspaper by reversing roles. So she features the terrorist Dalal as the embodiment of heroism, courage and resistance.

Lies are the weapon in a war of words

With each bomb explosion, she believes that armed Israeli settlers are taking Palestinian property. She has bought the war of words, using settlers to mean colonizers. But these Jews are the progeny of the indigenous people of thousands of years before. So they hold the legal title deed to the land of Israel. Not only can the Jewish people claim an eternal covenant to the land of Canaan given them by God in Genesis 13-17, but upon their return from exile in the late 1890s, they bought the desolate land at exorbitant prices from the absentee Arab landlords who had laid claim to the land under the Ottoman Empire.

When the conflict truly began

Our writer looks back, but not far enough. For her, the conflict began when Jews said they would rebuild Israel on Jewish land, and purchased or restored fallow or swamp land in the early 1900s. But it began long before.

Lies deceive those who will not study history

Certainly, Ibtisam has not studied true Islamic history. So she would be shocked to learn of the centuries of bloodshed. Thus it is possible that she would deny that history. In Islam, lies are acceptable if one deems the purpose worthy. Mohammed set the laws: it was right to take land from others, to steal women from conquered men, and to make and break treaties for conquest.

The concept was significant when Ibtisam was taking her final high school exam, and her proctor asked if she would help a girl who was crying because she had no student enough to complete the questions. Ibtisam reasoned that this would not qualify as cheating because Islam justifies lying to help a fellow Muslim. She did not reason that if this incompetent student wins acceptance into college and subsequently drops out, the space she appropriated from a capable student is now lost. The help for one came at the expense of another, and the lie has now become theft, perhaps even life-altering.

Do modern Arabs even want their own state? They don’t trust the PA

The Palestinians who once identified with other Arab countries came to Israel and now occupy land they lost in their war of aggression against Israel, previously Jordan’s, previously Ottoman, previously a host of other ruling entities. Wars change boundaries. Until Israel chooses to annex the area, the Palestinians will continue to have meager health services. Why? Because their huge funds go to the PA for weapons and awards for mothers of martyrs. Today’s Arabs are weary of Arab corruption and more freely express that they prefer life under Netanyahu.1 They want an Israeli ID to work freely in Israel, a parliamentary democracy.

Unlikely support for annexation – realization that lies help no one

Saudi writer Abdulhameed Al-Ghobain tells the Arabic media that he and others support Israel’s annexation of Jewish communities in Judea and Samaria. He states,

There was a call for establishing a Palestinian state. The Palestinians, the Arabs, and even the Arab league refused to recognize that there should be a Palestine state. Maybe if a Palestinian state had been established, the situation would be different. So for us to be waiting all these years, destroying our Arab nation, destroying our economies and not achieving anything…. I arrived at the conclusion that this cause has not been a real and just cause at any point in history. The Palestinian cause is an illusion … nothing to do with reality.

1 Ariel Natan Pasko offers a fifteen-point plan that includes letting Arabs stay if they behave well. His plan also calls for Israel to provide the services now lacking in Judea and Samaria.

The real reason the Beit HaMikdash was destroyed

The barbarians are inside the palace